Blackface in the "post-colonial era": why the Nutcracker ballet was canceled in Berlin

The State Ballet of Berlin has canceled the screening of The Nutcracker in 2021. The acting artistic director of the organization Christiane Theobald explained that the play was not permanently excluded from the repertoire, but in the future it will be revised taking into account the “new context”. According to Theobald, viewers have long complained about the production, as the artists involved use makeup that mimics dark skin. Also, the theater management intends to revise the famous Chinese dance. 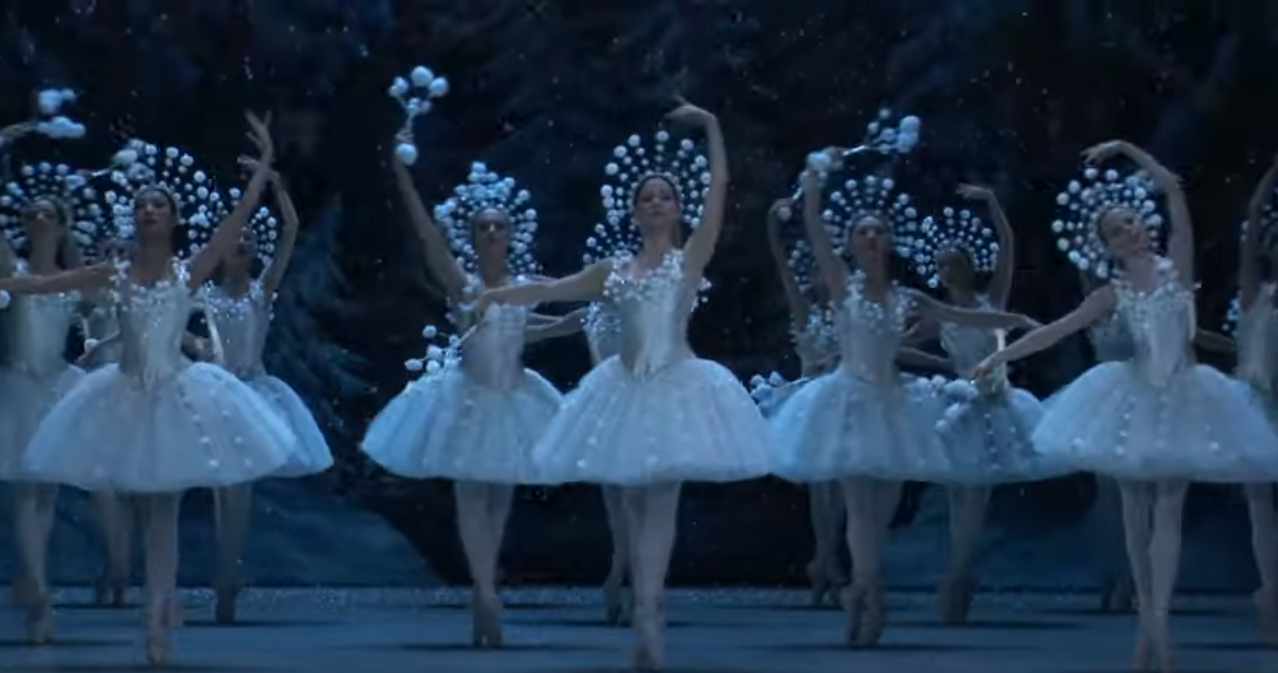 The State Ballet of Berlin has decided to abandon the production of The Nutcracker by Russian choreographers Vasily Medvedev and Yuri Burlak in 2021.

Instead, the troupe will present another classic, Don Quixote, on stage in December.

Acting Artistic Director of the ballet Christiane Theobald said in an interview with Bild that the production is a reconstruction of an original production from 1892, but despite this, today it raises a number of questions and needs to be revised. Theobald recalled that in the original ballet in the second act, two children appear with makeup imitating a dark skin color (the so-called blackface), which the audience already complained about in 2015. In a later production under the direction of choreographer Johannes Oman, in agreement with the authors, the blackface was abandoned, but it turned out that this was in violation of copyright law.

According to Christiane Theobald, it is also necessary to revise Chinese (it supposedly contains stereotypical small steps) and Oriental dances.

The soloists of the latter also use brown make-up, which today inevitably causes condemnation, says Theobald.

At the same time, according to the choreographer Vasily Medvedev, the artists are made up for aesthetic reasons, since they appear practically naked.

In an interview with RT, she confirmed that the ballet plans to revise the repertoire in connection with "recent history," and stressed that such measures do not mean a complete exclusion of the production from the program.

“In the post-colonial era, questions arise and there is a need for clarification.

That is, one should take a closer look at the large classical repertoire of classical ballet, but this does not mean at all that it will not be performed.

You just need to ask a lot of questions, you need to put it in a new context, hold additional events, question it, clarify and find connections between the era when it was created and our time, in which we may have a different point of view on these things ”, - said Christiane Theobald.

She noted that the ballet Don Quixote also has a “big question mark”.

But instead of it we have "gitanos" (the Spanish word for gypsies. -

We contacted the Sinti and Roma representatives in this regard.

We have developed a new theatrical program.

There is a corresponding article, where a question mark is put and a new reading of problem areas is given, that is, a context, ”says Theobald.

Nevertheless, she stressed that, first of all, The Nutcracker was removed from the repertoire not because of controversial issues, but in favor of Don Quixote.

After a long break in performances, the troupe wanted to choose a performance in which all the artists could take part.

“With the version of The Nutcracker, which was in our repertoire staged by Burlak and Medvedev, this would not have happened. There is a rather small composition. There is not much dance there, because there are many children involved (students of the State Ballet School of Berlin. -

) ... It seems to me that the media and social networks are now sharpening something that was not originally intended.

And it would be great if people perceived it that way.

We often had seasons before when we did not perform "The Nutcracker".

We put on something else.

Or something else, for example.

Moreover, this is not the only "Nutcracker" that was in our repertoire.

We also had a production by Nacho Duato.

There are many different options, but now we have chosen "Don Quixote", - emphasizes the acting.

Historian Dorothea Wendeburg called the decision of the State Ballet of Berlin to revise the classic version of The Nutcracker as absurd.

According to the expert, the beauty of the production lies primarily in the fact that it is a historical performance with historical costumes and other elements.

“This ballet is so successful precisely because of the preservation of the traditions of the past and the excellent production, and therefore, it seems to me, nothing needs to be changed in it.

The decision to cancel the show is simply absurd.

This is one of the most successful productions of

She stressed that historical performances should be shown on stage in their original form, without adaptation to modern norms.

“After all, we are not a yardstick for all times, for many centuries.

We need to realize that in the old days people looked at things differently, and that they had different standards of behavior and (criteria. -

And future generations will look at us in the same way and ask themselves the question: “Why did these people say like this in 2020 and put on stage such performances?”.

Therefore, we need to come to terms with the fact that times are changing, and, accordingly, our standards, tastes and so on are changing, ”the historian says.

Dorothea Wendeburg believes that the claims made against The Nutcracker reflect the opinions of individual people, and the bulk of the public prefers to watch the classic version of the production.

“There are many people in positions of responsibility who believe that everything should be the way they think it is right; everything must meet their standards and be in accordance with their opinion. As long as this state of affairs continues, we will see more than once how productions are canceled or changed beyond recognition. This is sad, ”the expert summed up.

In addition to The Nutcracker, other productions of the State Ballet of Berlin also raise questions from individuals. The artists of the historical La Bayadere restored by Alexei Ratmansky also use dark makeup, and in Swan Lake, almost all swan dancers cover their shoulders and arms with light paint so that they can be better seen on stage. In 2020, it sparked a scandal involving black dancer Chloe Lopez Gomez. She saw racial discrimination in what was happening. The ballerina also complained about racist comments from the training supervisor. After that, the ballet announced its intention to revise the repertoire.

“We recognize that the ballet genre has marginalized non-Caucasian people throughout its history,” reads a statement posted on the organization’s website.

"Ballet should be a mirror of society and reflect diversity."

In 2019, similar claims were made against the Bolshoi Theater.

Black American Ballet Theater prima Misty Copeland posted on her Instagram page a photo of ballerinas in brown makeup and suits of the same color, completely covering their bodies.

The photo was taken during a rehearsal of the play La Bayadere.

The Bolshoi Theater refused to join the discussion initiated by her, noting that the play was presented many times in this edition, both in Russia and abroad.

Recently, the revision of the ideological and artistic value concerns many, including classical works of art.

One of the most striking examples was the deletion of Gone With the Wind from the HBO Max video service catalog in June 2020.

Later, the picture appeared on the site along with accompanying materials, which explain the historical context and say that the tape exploits racist stereotypes.

Similar warnings can also be seen on the Disney + video service when trying to watch classic cartoons such as Dumbo and Lady and the Tramp.

In addition, many of Disney's animations have been unavailable to users under the age of seven since January 2021.