The "Straight Times" newspaper, citing a report by "Bloomberg", indicated that China had found about 12 million children that it did not know of their existence (not officially registered). 2000 to 2010 not less than 11.6 ml 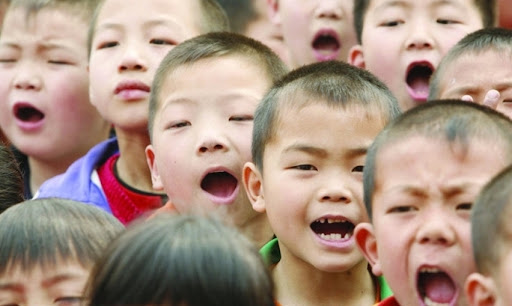 The "Straight Times" newspaper, citing a report by "Bloomberg", indicated that China had found about 12 million children it did not know of their existence (not officially registered).

According to the report cited by the "Straight Times", China reduced the number of children born from 2000 to 2010 by at least 11.6 million (equivalent to the population of Belgium) due to its strict one-child policy, while its latest annual statistical book estimates The government number of children born during that period at 172 million, well above the 160.9 million in that age group recorded in the 2010 census.

The report indicated that “the difference may be caused by the failure of some parents to register births to avoid punishment if they violate the one-child policy,” while China began allowing all couples to have a second child only in 2016, which means that some parents will not officially report a new born. If they exceed the quota until the child reaches the age of six and needs to enroll in school, according to independent demographer, Heya Yafu.

It should be noted that about 57% of the children subsequently registered were girls, indicating that the discrepancy could be partly related to the failure of parents to inform about the girls, so that they could continue to try to have children, according to the report.

In addition, the 2010 census took place on November 1, 2010, so births could have been missed in the last two months of the year, while census surveys usually do not include people who died or migrated in the intervening years, according to the report.

Notably, the revisions show how difficult it is to accurately count the number of people in the world's most populous country.

The report indicated that the birth rates for the years 2011 to 2017 were adjusted upwards in the latest statistical yearbook, which indicates that the problem of reducing the number of children is likely to continue after 2010.