The Toronto school board rejects a talk by Nobel laureate Nadia Murad, tortured by jihadists, because it could "promote Islamophobia"

The Toronto school board has withdrawn its support for a book club in which the Nobel Peace Prize winner, Nadia Murad, will participate, considering that her testimony could be ... 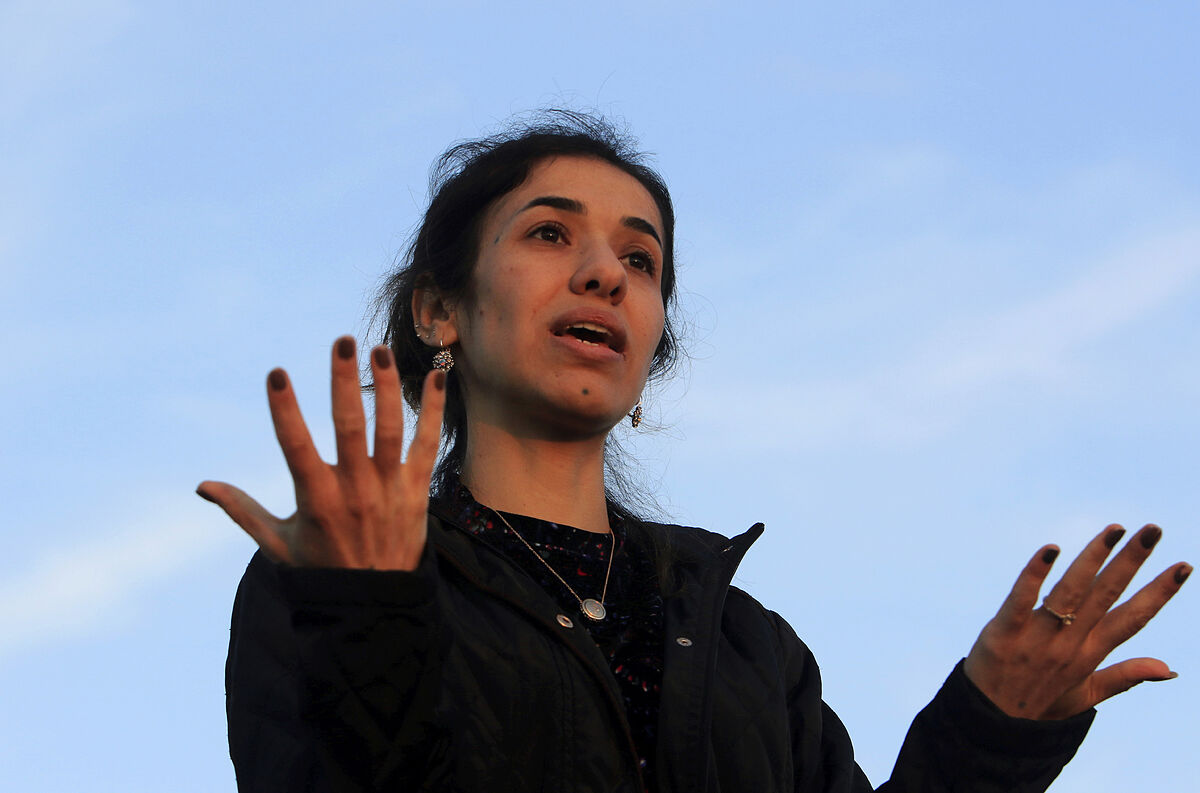 considering that her testimony could be "offensive" and "promote Islamophobia." In his book

I will be the last: History of my captivity and my fight against the Islamic State

, Murad recounts the hell he suffered in 2014, when he was only 21 years old and the self-styled Islamic State (IS) stormed his people in Iraq, assassinated hundreds of people (including her siblings) and forced her to become a sex slave. But in Canada, at the height of the

(which denounces any possible discrimination towards minorities), even Murad's memoirs are susceptible to being "offensive" towards Muslim students.

The A Room of your Own reading club (A Room of Your Own, in reference to Virginia Woolf's title) is aimed at adolescent girls, 13 to 18 years old, at risk of social exclusion, who are provided with materials and books free. It does not depend directly on the Toronto school board, although it is the entity that promotes it. The organizer of the club, the educator Tanya Lee, denounced in the Canadian newspaper

that two meetings with authors had been questioned by the school board: that of the Nobel laureate Nadia Murad (scheduled for February) and that of the criminal lawyer

Nothing But the Truth

(Nothing except the truth). What was the problem with attorney Marie Henein? That he had defended the popular presenter

, accused of sexual assault and whose case caused a great controversy in Canada in 2014 for the lurid details related to sadomasochistic practices. "It would be difficult to explain it to young girls," was the argument of the mayor of the school board, Helen Fisher. The talk with Henein took place on November 18 without the approval of the council and was a success.

The case of Nadia Murad, who received the Nobel Peace Prize in 2018, is much more scandalous for preventing "possible Islamophobia."

An activist and human rights defender, Murad was one of the few surviving Yazidists, the minority pre-Islamic religion that jihadist terrorists wanted to eliminate from Iraq.

Until now, no author or book studied in this Toronto book club has ever caused a rejection by the school board, which after this controversy is reworking its guide on the policy of selecting "culturally relevant and adapted" reading material.

Just two months ago, news broke that the Providence Ontario School Board (which groups together Catholic schools) had withdrawn more than 5,000 copies of books and comics that perpetuated "racist stereotypes" against Native Americans. Thus,

Asterix, Tintin or Lucky Luke burned in a "purification bonfire"

. It happened in 2019 and the pandemic stopped the rest of the symbolic bonfires "to bury the roots of racism" that they had foreseen in other schools. The

turned into a political storm that even hit Prime Minister

, since the promoter of the initiative was

, co-chair of the Indigenous Peoples Commission of the Liberal Party.

Kies ended up resigning from his position, but not as a mea culpa for burning books but because his native roots were questioned: according to some Canadian media they went back seven centuries.

In both Canada and the United States, the excesses of the woke movement and the culture of cancellation have raised the alarm, in addition to several viral campaigns against artists who allegedly have not respected some tradition or minority, from

warned of the danger of

and social networks: "That is not activism," he lamented in 2019.

Wide Angle Madrid, 1991: The summit that promoted the spirit of a possible peace between Israelis and Palestinians