One sentence repeated by the "Ismailia serial killer" without interruption in front of the prosecution!

Yesterday, the Public Prosecution in Egypt continued to investigate the crime that terrified the Egyptians, with the Ismailia serial killer who cut off the head of a citizen, carried her and roamed with her in the street in an area in Ismailia. 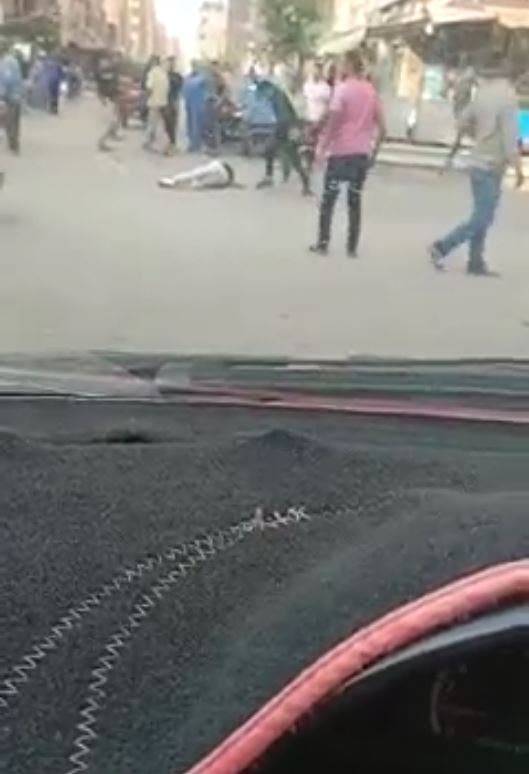 One sentence repeated by the "Ismailia serial killer" without interruption in front of the prosecution!

Yesterday, the Public Prosecution in Egypt continued to investigate the crime that terrified the Egyptians, with the Ismailia serial killer who cut off the head of a citizen, carried her and roamed the street in an area in Ismailia.

While the Egyptian media reported that the accused, Abdel Rahman Dabour, appeared in a state of unconsciousness, astonishment and lack of focus before the start of the investigation with him until he entered the Public Prosecution Office, and for a while, he repeated the phrase “He is in what?”

The accused had told the Public Prosecution Office on Tuesday that he had been working with the victim's brother, Hassan, in a furniture store 3 years ago, and entered a sanatorium for addiction treatment, pointing out that after his recovery and his release, he discovered that the victim had assaulted his mother and sister, so he decided to avenge his honor. In front of everyone.

He also represented the crime amid tight security at the scene of the incident, and recounted how he monitored the dead man, revealing the number of stab wounds he had directed at him until he fell to the ground, then slaughtered him and separated his head from his body.

He also added that the victim was elderly, had a liver disease, was married and had seven children.

It is noteworthy that an eyewitness named Ismail Muhammad Yusuf told Al Arabiya.net the details of what happened. He said that he was passing through Tanta and Al-Bahri Streets, heading to the market to buy some vegetables for his house, when he heard screams and distress, then he immediately went to the place and found a young man with a machete on the last one lying in front of him in the street, seriously injured in the head.

He continued, "I went to him and tried to push him with my bike away from the victim," but the angry man shouted at him, asking him to move away.

He also confirmed that he tried very hard to push the young man and prevent him from committing his crime, even trying to convince him not to waste his future by committing that crime, but the killer kept screaming, revealing that he told him decisively: "Go away, he raped my mother and my wife twice."

He also explained that after hearing that phrase, he shivered and moved away from the crime scene and did not pass this street again.

It is noteworthy that the security services in Ismailia had received a report from the people of the arrest of a person who had cut off the head of another person named Muhammad Al-Sadiq on Tanta Street, so they moved to the location of the incident and arrested the killer.