Rapper Mamison criticized Yeomda, who shot him, saying, "It is cowardly to frame a slave contract and bring a teenage artist to the fore." 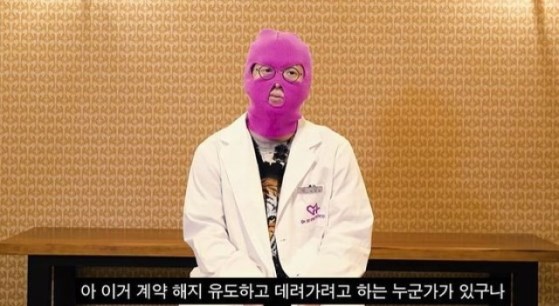 Rapper Mamison criticized Yeomda, who shot him, saying, "It is cowardly to frame a slave contract and bring a teenage artist to the fore."

Lee Sang-jae and Hwang Se-hyeon, who previously belonged to Beautiful Noise, an agency led by Mami Son, moved to Daytona Entertainment, founded by Yeomda and The Quiett, after appearing on Mnet's 'High School Rapper 4'.

In the process, Yeomda participated as a feature in Hwang Se-hyeon's new song 'Mam-da-yeom-da' released on the 27th of last month and raised the conflict with Mommy-son to the surface with the diss lyrics, "Make more money than Mommy Son, take off the slave contract." .

Regarding this, Mamison said, "Yum Da framed me for a slave contract. If I wanted to take these friends, I should have come and talked to them company-to-company. However, Yeom-da told these friends, either implicitly or explicitly, as a result, these friends He said, "There are definitely people getting hurt in controversies, and I put two friends at the center of it, even though I knew it would be controversial."

Without giving an official explanation for the suspicion of recruiting an artist that goes against business ethics, Yeomda criticized Mamison by saying, "I know I'm not mature, but I don't want people who buy my T-shirts to be called children."

Then, in three days, the T-shirt he was selling sold 400 million won, and he took a video of him enjoying the joy and released it on social media.