And it is that the red carpets, before the most important fashion catwalks after the parades, where fabulous costumes were seen, lately are being distorted and becoming 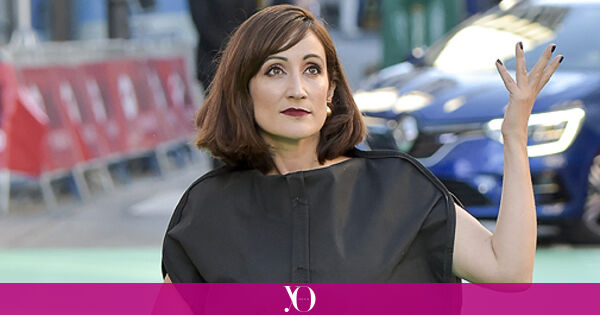 And it is that the red carpets,

before the most important fashion catwalks after the parades,

where fabulous suits were seen, lately they are being distorted and becoming a place of vindication where apparently

with banner dresses, embroidered messages or, directly and as in this case, looks unthinkable.

A very thoughtful decision, according to Morgade, and that he links on his Instagram account with the

' movement that circulates on social networks and to which so many magazines, fashion brands and VIPs are joining.

As Morgade alleges in her post, she had a hard time thinking that, once again, she had to find something to wear for the opening of the festival, and fed up with not fitting in the sizes of the showrooms [where brands lend VIPs their clothes for this type of act], she decided that this time she wasn't going to wear something she didn't like just because it fit.

"For days I suffered thinking about what to wear to the Seminci carpet, because the same thing always happens to me: in showrooms

I can hardly ever wear what I like, I have to wear what fastens me,"

So, I had to wear something totally different from a dress, skirt or suit to use.

And what did you come up with?

and never better said, in a black suit cover: she stuck her head out where the hanger peeks out, her legs from the bottom and her arms from the sides.

Of course, she did not give up wearing black stilettos with which she apparently feels comfortable.

"Throwing it around at dawn, pondering what to wear this time, I thought: if the bag fits me better than the suit ... And voilà. Proud and happy,

And you know what? It's the first time I don't feel like putting filters on the photo, "he adds in his post.

"For many years I have gone out to pose with clothes that did not fit me very well, terrified, thinking that my body is the wrong one. But no, it was my attitude that was wrong.

My body is perfect for who I am and what I do: comedy.

I cannot change what is considered an acceptable body or not, much less change my self-esteem from one day to the next, and my more or less ruthless relationship with my body (which just did the feat of manufacturing a little person, so I think he deserves to be pampered a bit) ", concludes the comedian, who has certainly shown a great sense of humor and who has managed to get people to talk about her a lot.

Influential women Nadia Calviño: "I have had a tremendously intense career and my children tell me that I have been a good mother"

Moto World Championship EMaría Herrera, the only woman on the starting grid: "Don't let that girl win you"