Volcano on La Palma, last minute live | The volcano suffers another collapse and spills more lava that feeds the lava

The lava spills from the La Palma volcano that have occurred in recent hours due to the reconfiguration of the eruptive centers of the Cumbre Vieja volcano have widened ... 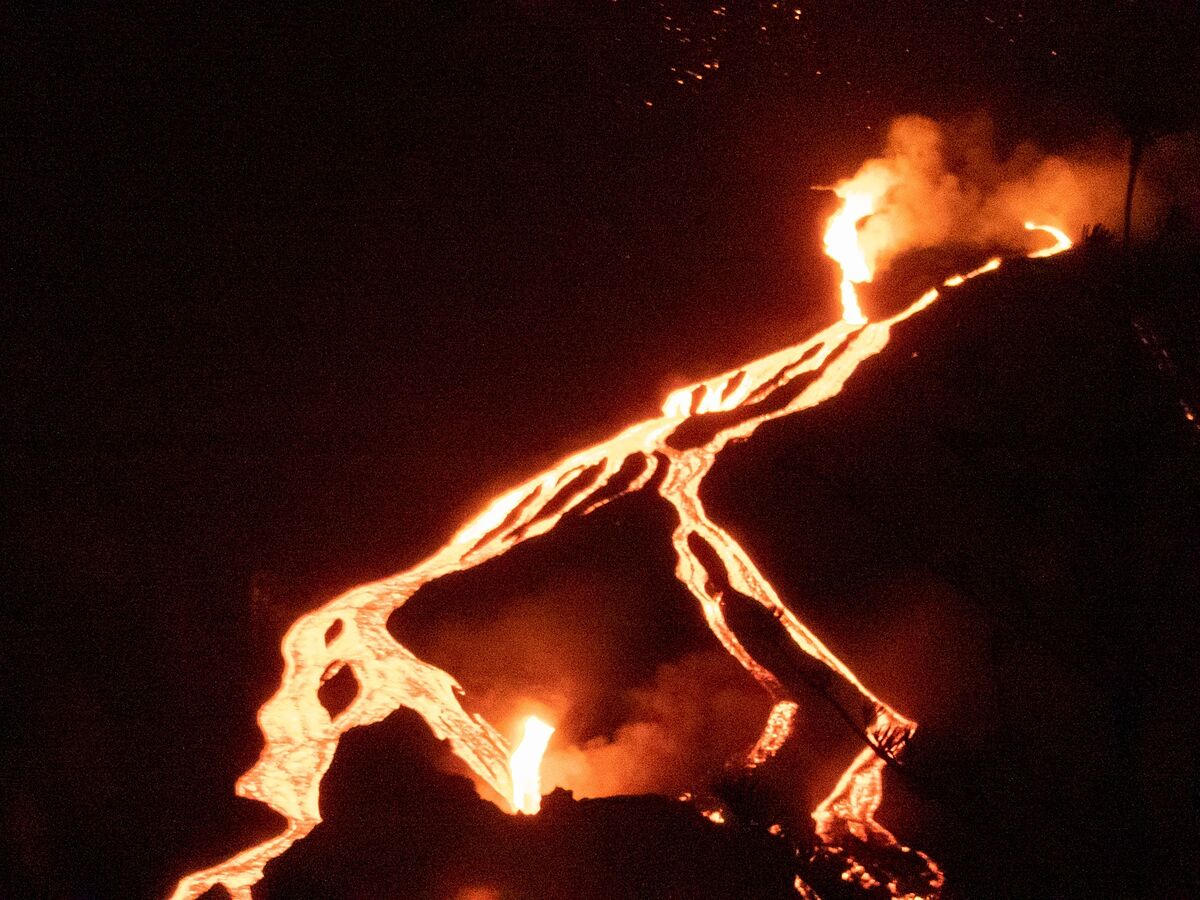 have widened the casting greatest concern, which has been standing in the neighborhood of La Laguna.

The scientific committee of the Volcanic Emergency Plan of the Canary Islands (Pevolca) has verified a greater irrigation of lava to the rest of the flows, mainly through

, especially in the original one, the one that formed the

, which could be receiving direct contribution from one of those tubes.

has suffered a new partial collapse in its

and has continued to

that feed coladas in its descent down the

valley, which remains concerned about the fate of

the district of La Laguna.

of all those that have occurred since this volcanic crisis began, an earthquake of magnitude 4.9 and intensity IV (over a maximum of XII), which has been widely felt throughout

It is a movement that once again has its epicenter in the municipality of Mazo, with a very deep focus (38 kilometers), within a dynamic that in recent weeks scientists have been associating with a recharge process of the volcanic system practically in the same place where the island began to shake this summer, before the eruption erupted further north, in the

In fact, this is one of the multiple indicators that the scientific committee of the Special Plan for Civil Protection against Volcanic Risk of the Canary Islands (Pevolca) manages to rule out that for now it can be said that the eruption is beginning to decline.

4.9 earthquake, the largest since the start of the seismic swarm