Researchers: The use of electronic devices with screens harms the sleep of children and adolescents

Danish researchers said in a systematic review of previous studies that children and adolescents' use of electronic devices with screens generally leads to poor sleep, and in many cases leads to lack of sleep. 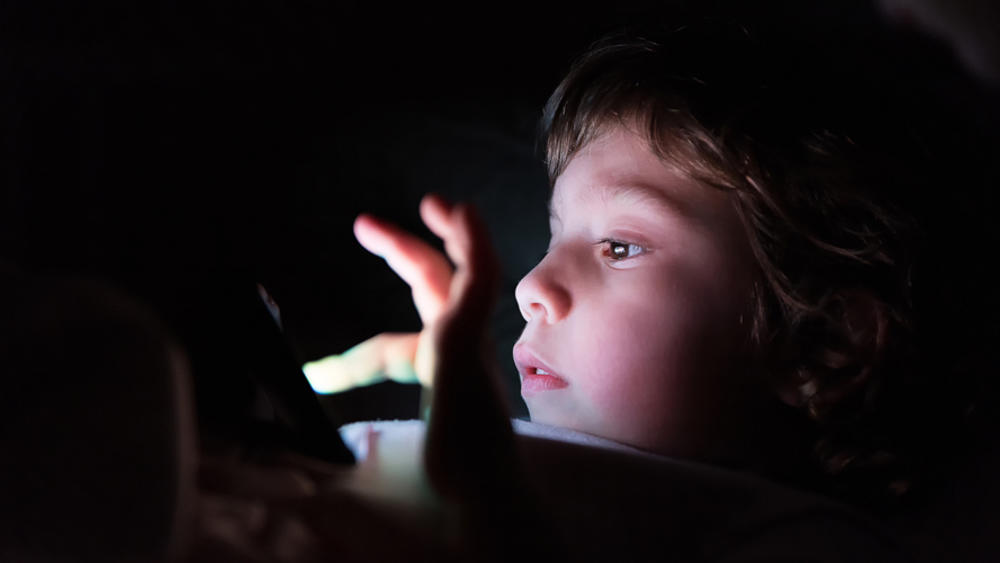 Researchers: The use of electronic devices with screens harms the sleep of children and adolescents

In a systematic review of previous studies, Danish researchers said that children and adolescents' use of electronic devices with screens generally leads to poor sleep and, in many cases, to lack of sleep.

The four researchers from the Danish National Institute of Public Health at the University of Southern Denmark in Copenhagen used 49 studies conducted between 2009 and 2019 in their review, which was published in the journal BMC Public Health.

A German-based psychologist says the review's findings underscore the importance of keeping electronic media devices out of children's bedrooms.

The researchers wrote in the review that sleep has a significant impact on the health and safety of children and adolescents.

They note that it is vital to their development and ability to learn, and that prolonged insufficient sleep can have long-term health effects.

In addition to physical and psychological changes during childhood and youth, external factors may cause a lack of sleep, or an increase in its intensity, according to the researchers.

Previous studies have shown that the use of mobile phones, tablet computers, and other devices with screens is among those factors.

The researchers say the evidence for a link between electronic media use and shorter sleep is stronger among children aged 6 to 15, compared to children aged 5 and younger.

As for preschool children, watching television and using tablet computers were associated with difficulty falling asleep and sleeping less.

As for children between the ages of 6 and 12 years, electronic media use was associated with delayed sleep times and sleep without depth.

The researchers also found that television and mobile phone use at bedtime was associated with disrupted sleep-wake periods during the night.

In addressing previous studies that showed a link between the use of portable electronic media devices with screens in the bedroom on the one hand and lack of sleep on the other hand, the researchers say that their results support the hypothesis that exposure to blue light from these screens during the evening, may lead to a disturbance of the cycle of “ Regular sleep and wakefulness and the elimination of the body’s release of the sleep hormone, melatonin.

Other ways in which electronic media use may interfere with the sleep response and may cause sleep problems include "psychological stimulation from media content," the researchers wrote.

For children aged 13 to 15, they say their review supports evidence that interactive images of electronic media devices - as opposed to a television set - increase "physiological arousal" that can affect sleep.

Tanya Bolin, a psychiatrist at the Leipzig Research Center in Germany, says the Danish review collects findings on the topic of children's use of electronic media and how they sleep.

And it confirms the existence of a link between the electronic devices in their bedrooms, and their abnormal sleep, stressing the role of mobile phones, in particular.

She explains: “Some of the studies that were used also show an explicit association between nighttime use of mobile phones and poor sleep, which reaffirms (previous findings) that these devices in particular, which can be placed anywhere and are not turned off during the night It can spoil sleep.”

Pauline says it's important for parents to be aware of the dangers posed by electronic media devices.

“They should establish clear rules from the start about when such media can be used,” she advises, adding that in no case should cell phones, tablets or other electronic devices be left in a children's bedroom at night.

It also recommends that children not use devices, including video game consoles and computers, right before bed, but preferably in the afternoon.