"Being good," Anthony Burgess taught us, "can be horrible." Who knows if one of the most famous lines in A Clockwork Orange might not ... 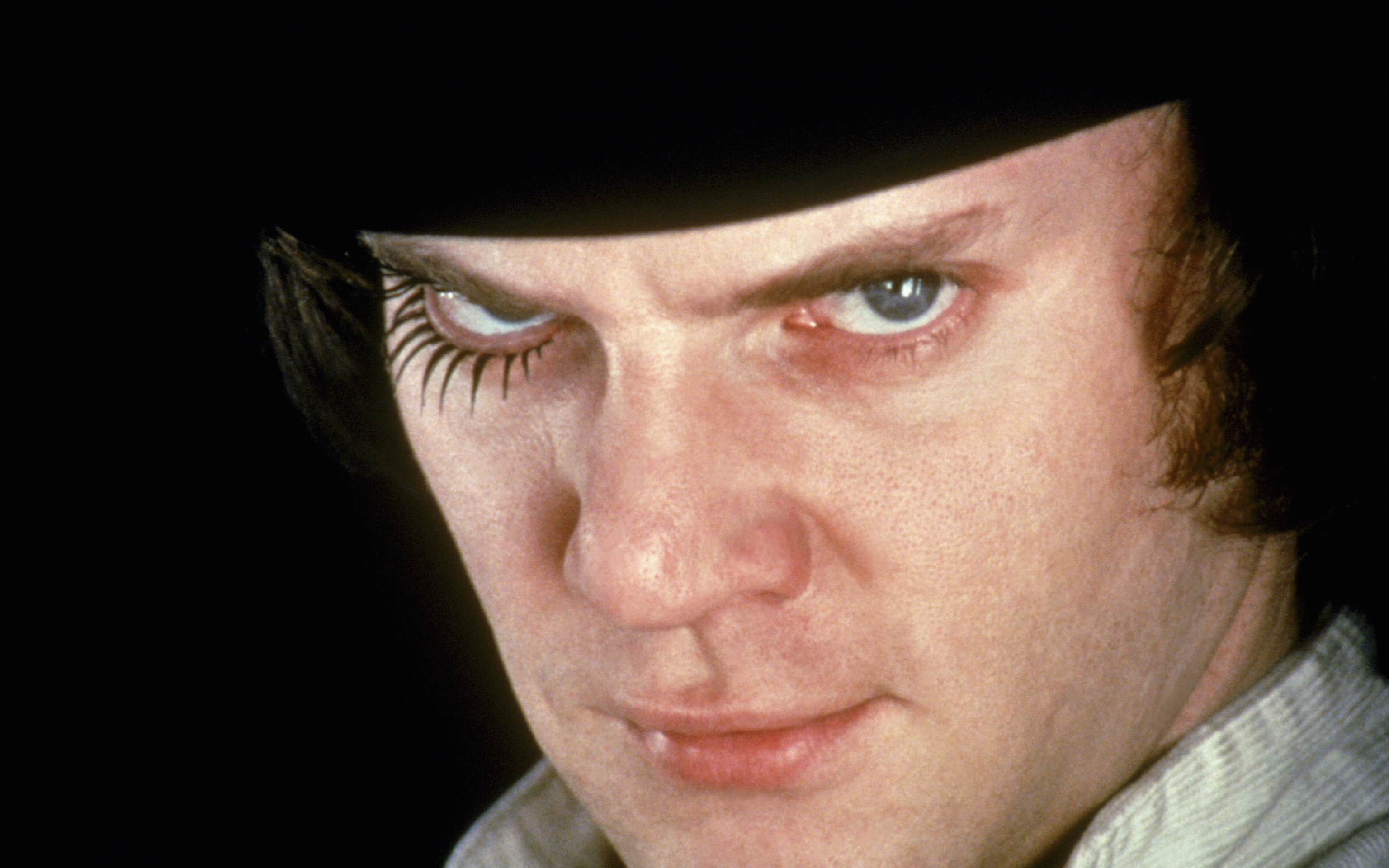 Who knows if one of the most famous lines of A Clockwork Orange does not hide in its clarity the complicated story of the premiere of its film adaptation.

he had to suffer the unspeakable for his savage and transparent goodness. And that is why it was withdrawn in the United Kingdom for allegedly inciting violence, condemned to the category of film X in the United States and, since we are, defenestrated in a Spain that is already defenestrated. And so until 1975, six months after the death of the dictator Franco and when four years of world legend had already been completed, it could finally be seen. On April 24, 1975, a queue of insomniac Valladolid enthusiasts including, among others, the writer Gustavo Martín Garzo spent the night awake to get the ticket that would allow him to see what was forbidden. And there, in the most glorious edition of the Seminci, what more than a prophecy was a curse was fulfilled: to be good, without a doubt, a condemnation.

Malcolm McDowell, the actor and mythical protagonist in the skin of

in the film, does not remember anything of what happened in the Castilian city then. What's more, I had no idea. "It is a surprise to discover that after all this time there are still stories to be told about the film Kubrick", says the interpreter from the height and distance of his 78th birthday and his one and a half million interviews recalling every detail of the film that, without a doubt, marked his life. And everyone's. McDowell appears in Valladolid in which he does the 66th edition of the Seminci as a double protagonist. It was then and it is now as the voice and narrator of the documentary

a film that recalls precisely what was (within its beauty had a lot of terrible) the eventful premiere of the film in front of the dying Franco.

“I was very young and when they told me his name was Stanley, I thought he was another Stanley.

and that he wanted me for his new movie.

I only knew that he was the director of 2001: A Space Odyssey, the science fiction film that revolutionized the genre, and that when I asked him for information about my character in La Naranja ... his reply was that this was my job » , he comments by way of a prologue and presentation.

Malcolm McDowell in a scene from 'A Clockwork Orange', 1971.

To place ourselves, in González Bermúdez's documentary, he is only the voice. It is a surprised, almost stupefied voice that narrates how in times of dictatorship and censorship, in a country unknown to him, a group of moviegoers not necessarily fanatics insisted on releasing the unspeakable. The regime loosened its hand and with the complicity of the Warner distributor wanted to prove itself.

The film would be seen in what was a religious film festival before being released throughout Spain.

"Actually," reflects the actor himself, "the film was relevant then, since it talks about censorship and freedom, and it is now. The forms of censorship and oppression have changed, but the underlying problem remains intact.

In the 1970s, a regime prohibited viewing a tape to hide the truth; now,

The modes have changed, the underlying problem is the same ».

McDowell refers to his beloved

from his youth fondly. "For me he is like a distant cousin who always goes with me," he says. McDowell recovers intact the painful memory of the scene of the so-called Ludovico method that made him associate Beethoven's music with violence to the point of nausea. “They told me that a doctor would anesthetize my eyes and that I would not feel anything. Good thing I later discovered that my eyes recover quickly because they destroyed my corneas. It is not the same to apply the drops on a stretcher as while holding your eyes with tweezers, ”he remembers and laughs. And McDowell feels compelled to tell his about the eternal controversy that haunts the most controversial film. «There is a lot of talk about violence, but actually any

It is more obvious and stark than La Naranja ... In this case the violence is purely psychological.

I remember that when it was released, images of the Vietnam War in all its harshness reached the homes of the world live.

They were scenes of real torn bodies.

And no one forbade anything or was scandalized by anything.

How is it possible?

I sincerely believe that Kubrick's work, realistic but not real, also raises that question:

Why does fiction irritate us so much and are we so permissive with what happens to our fellow men?

"He says, stops and adds:" Are we hypocrites? "

Malcolm McDowell in a scene from 'A Clockwork Orange', 1971.

In the documentary, in addition to those who attended the almost sacred pass,

, the one who was a translator, close collaborator and unique interviewer of Kubrick. Through him and his testimony, the perfect image of a perfectionist man is drawn even beyond the disease of perfectionism. It is said that just before its screening in Valladolid, the order came to suspend it. Perhaps the conditions of the room, perhaps the slightly blessed past of the contest ... The fact is that Warner and the director of the Seminci at that time, Carmelo Romero, had to give the rest (to the point of deception) so that the event, indeed, it happened.

"I had a reputation for controlling everything and yet, with no other director I have felt more free", he adds contradictory and happy to return to the paradox of the beginning: "Being good can be something horrible ... What does God want? ?

The good or that one choose the path of good?

Perhaps the man who chooses evil is in a way better than the one on whom good is imposed.

They are deep and difficult problems ... ».

LiteratureMaría Dueñas: "Tangier is to blame for writing 'Sira'

CinePedro Almodóvar: "My way of taking revenge on Franco was to deny him in my life and in my cinema"