Early diagnosis: looking for the tumor in younger women

It was the middle of July six years ago when breast cancer appeared in Raquel's life, although it was not her who carried it, but her mother. There were only a few left ... 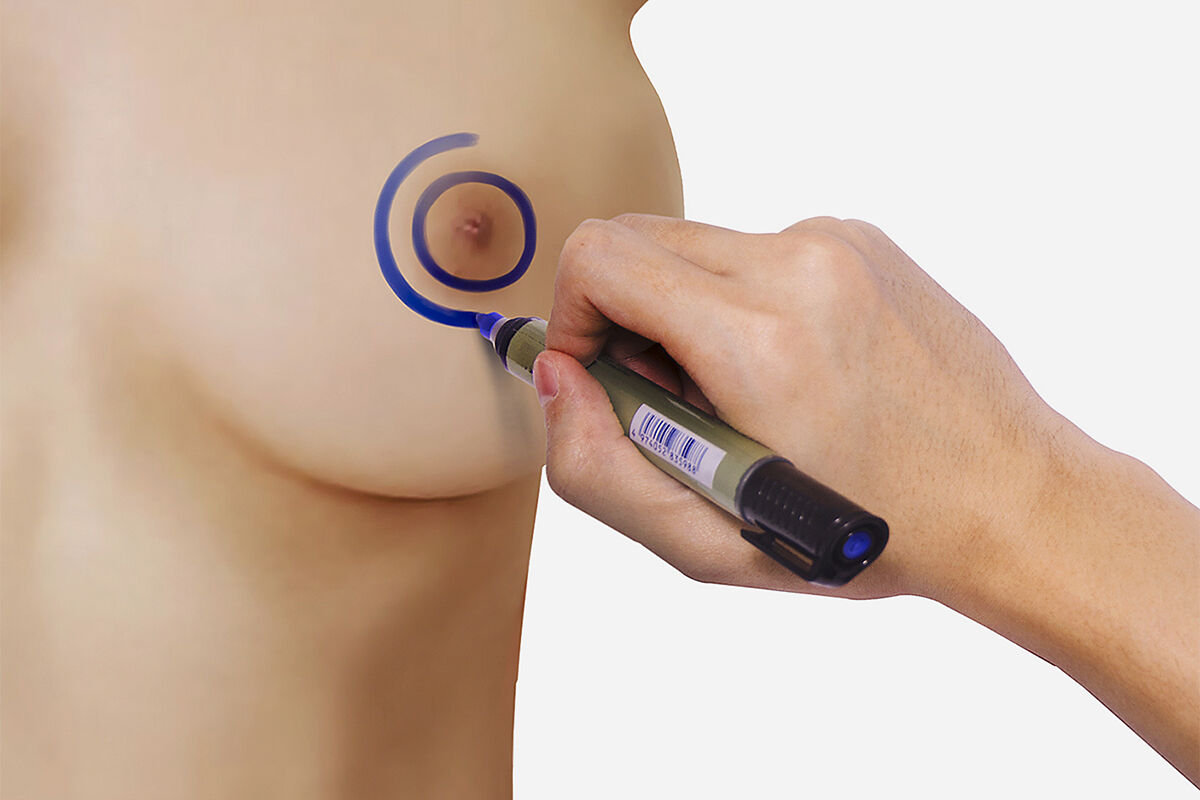 It was the middle of July six years ago when breast cancer appeared in Raquel's life, although it was not her who carried it, but her mother. There were only a few days left for a non-mastectomy operation in which the tumor would be removed along with the chain of axillary nodes on the tumor side. Everything was already planned by his mother, who had been keeping the secret since May "

once the diagnosis is accepted and what is happening, and then it is managed who you tell it to,

" explains Purificación, who prefers not to give his full name, since not all family members know about his struggle and most importantly, his victory.

Because after four chemo sessions, 15 radio sessions, 18 injections of an injectable compound and a medication that he is still taking, he has won the battle against HER2 positive, "since

the first step before facing it is to know his surnames

", notes Purification. Like this victory, there are many others every year in Spain, women

survivors of cancer with more than 26,000 diagnoses a year

and 1.4 million new cases in the world at each turn that the Earth gives to the Sun.

It was the middle of July six years ago when breast cancer appeared in Raquel's life, although the person who suffered from it was not her, but her mother. There were only a few days left for an intervention that would try to remove the tumor.

Everything was already planned by his mother, who had been keeping the secret since May

"once the diagnosis is accepted and what is happening, and then it is managed who you tell it to," explains Purificación, who prefers not to give his full name, since not all family members know their situation and, most importantly, the result.

Because after several sessions of chemo and radio, different doses of an injectable compound and a medication that she is still taking, she has overcome a HER2 positive tumor, a subtype of breast cancer, "

since the first step before facing it is know their surnames,

"says Purificación. Like this victory, there are many others every year in Spain, women survivors of cancer with more than 26,000 diagnoses a year and 1.4 million new cases in the world at each turn that the Earth gives to the Sun.

Raquel has lived it close, very close, to the person who brought her to this world, and this made her become much more aware of the importance of early diagnosis.

I had never had an examination, nor had I allowed myself to think much about the disease before having it around

. You think that it affects much older people and that it is not that common either," emphasizes Purificación's daughter.

"I have to confess that I had

my first breast ultrasound when my mother was put into treatment

and although she was shaking, seeing all the control they were having with her, gave me peace of mind and optimism," he adds.

Mother and daughter do not separate from their pink bracelets, a color with even more meaning on October 19,

, the perfect time to emphasize the importance of

. This type of cancer is often asymptomatic and is usually diagnosed through a routine mammogram or by physical examination, so going to regular check-ups with the health professional is key.

Although it should be noted that when talking about the general population, mammography screening is carried out from the age of 45 or 50 - it depends on the Autonomous Community.

These age recommendations are based on the tests

that were carried out on their day of early mammographic detection," explains Álvaro Rodríguez-Lescure, president of SEOM (Spanish Society of Medical Oncology).

It also points out that, in the case of young women, mammography is not a particularly effective test, since the younger the breast is more glandular, that is, more dense.

"It is in this band - from the age of 45 or 50 - in which a certain usefulness has been shown," says Rodríguez-Lescure.

Self-exploration, yes but with nuances

According to the president of SEOM,

. "No study has shown that it is useful to change mortality from this type of disease in the general population," he insists. .

To prevent, Rodríguez-Lescure states that a healthy diet, physical exercise on a regular basis and avoiding toxins such as alcohol and tobacco, do reduce both the incidence of this type of cancer and others.

of the woman, such as the number of pregnancies, but especially the age at which they occur.

"A pregnancy at an early age has a protective effect. Having a child at a late age or not having one increases the risk", specifies Rodríguez-Lescure.

As this depends on other factors such as socioeconomic, diet and exercise are postulated as the best prevention.

Information is key to living with the disease

The unconcern that sometimes accompanies youth is something that was also experienced by Paqui Aguilar, president of Asamma, the association of women operated on for breast cancer in Malaga, belonging to FECMA (Spanish Federation of Breast Cancer). "34 years ago I was 33, I was very young and I did not imagine that I could have breast cancer because then there was not as much information as now. I

had a lump that turned out to be cancer, but at that time it was like taboo, at no time did they refer to disease as cancer,

Although breast cancer was previously studied as a single disease, it has been discovered that

exist with their own treatment

. The study of tumor cells has allowed them to be classified into three types, depending on whether or not they express specific receptors: hormonal tumors (luminal A or B), which would be 70% of cases, HER2 positive -in 15% - and the triple negative -also 15% -.

As knowledge advances, so does the information offered to the general population in order to reduce mortality in this type of cancer.

Campaigns such as 'Hazlo por ti'

carried out by Roche with the collaboration of other

organizations such as SEOM or FECMA, have as main objective to sensitize and educate the young public, women between 20 and 45 years old

, about the importance of prevention of breast cancer, in a positive and hopeful way.

Emphasizing healthy lifestyle habits, do not hesitate to consult with your primary care doctor or specialist and the importance of going to regular gynecological check-ups.

Associations as the epicenter of awareness

An asset that women have today, but not in the year in which the president of Asamma was diagnosed. At that time the association did not exist as such and as its main support it had its two daughters and its partner. Today, groups like this have specialists and psychologists to accompany diagnosed women at all times.

As important as the treatment itself is optimism.

"I thought I wasn't going to see my daughters grow up and I'm already watching my granddaughter grow up," says Aguilar. From the association itself, they push women to stay active and not be overwhelmed by passivity.

Seven women started the association and today, there are more than 1,500 registered women, many of them young volunteers who go to hospitals to visit women who have recently operated. The most veteran, like Aguilar, look back and highlight how much everything that surrounds this disease has changed.

Now we have more information, both from oncologists and from society itself.

"Early detection campaigns are saving many lives, because we know that breast cancer,

if detected early, can be cured,

Since the associations play an important role, they are coordinated with the professionals who, in turn, speak of associations or groups like this to women who are in treatment, to accompany them.

"There is still some way to go, but that is what associations and professionals are for, to walk together," concludes the president of Asamma.

Against the breast cancer

Little Sofia, saved by an investigation into her rare type of leukemia