Toledo Cathedral hosts an act of purification and forgiveness after the controversy over the video of C. Tangana dancing in the temple

The Cathedral of Toledo has hosted this Sunday an act of purification and reparation of sins, in which forgiveness has been requested for &amp; quot; negligence in the care and ... 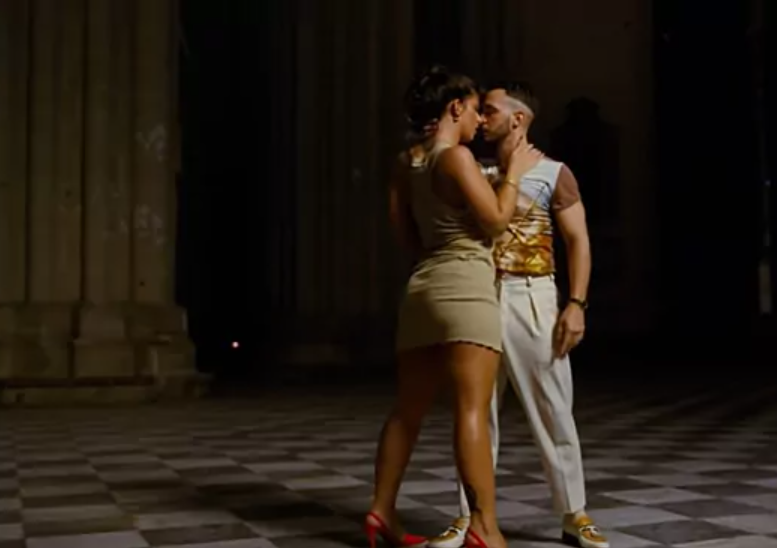 The Cathedral of Toledo has hosted this Sunday an

act of purification and reparation of sins,

in which forgiveness has been requested for "negligence in the care and respect of the temple", within the framework of a mass with which it was opened the diocesan phase of the Synod of Bishops to be held in Rome in 2023.

The celebration, presided over by the archbishop of Toledo and primate of Spain,

began with a penitential act that took place in the baptistery of the primate cathedral, instead of the presbytery, in which the prelate asked for forgiveness. "for the sins of the people of God, priests, consecrated life and laity" and for "negligence in the care and respect of the temple."

Cerro has also asked forgiveness "for sins against unity and communion in the Church, for destructive, intentional or unconscious and superficial criticisms."

In addition, all those attending the Mass have requested forgiveness "for all oppressions, injustices and violence that threaten freedom and human rights in the political, social, labor and family sphere", as well as for "

that condition and push the individual to a moral or physical degradation, dissolve family ties and blur the true values ​​of life ".

And they have also apologized "for the scandals and for the abuse of vulnerable people."

These petitions have formed the penitential and profession act with which the Mass with which the diocesan phase of the Synod of Bishops has been opened, which has been convened by

This penitential act has taken place after the controversy that arose last week over the video clip 'Ateo', which was recorded in the

, which finally led to the resignation of the dean of the temple, Juan Miguel Ferrer, who has become effective this Saturday.

At the beginning of the controversy, the Cabildo Primate justified, in a letter signed by Ferrer, authorizing the recording of the video clip, because

"it presents the story of a conversion through human love",

although it apologized in case "to some people it may produce displeasure "or hurt their sensitivity.

However, in a letter Cerro regretted that it had been recorded in the cathedral and asked

forgiveness from all the lay faithful, consecrated persons and priests

"who have felt justly hurt by this improper use of a sacred place."

Later, the archbishop announced that "as a result of recent events" he wanted to join the celebration of the opening of the diocesan phase of the Synod of Bishops with an invitation "to conversion, reparation for sins and purification that this time of grace and interior renewal, and that we will carry out in a special penitential act of the mass ".

C. Tangana and Nathy Peluso, in their sensual dance filmed inside the Cathedral.

After this penitential act, a long religious ceremony, lasting almost two hours, has continued normally, which was concelebrated together with Cerro by the Archbishop Emeritus of

and the Bishop Emeritus of Segovia

as well as a hundred priests of the archdiocese.

Numerous faithful from the entire archdiocese of Toledo have also attended, although in a number adequate to preventive measures due to the covid-19 pandemic, sources from the archdiocese have indicated.

Tangana on her video in the cathedral: "It was an opportunity for the Church to say something modern and tolerant"