Boasted by Emmanuel Macron, hydrogen is invited on Monday, October 18, 2021 in Paris. Experts in the hydrogen sector will meet at the Ministry of the Economy and Finance for the Nation Conference ... 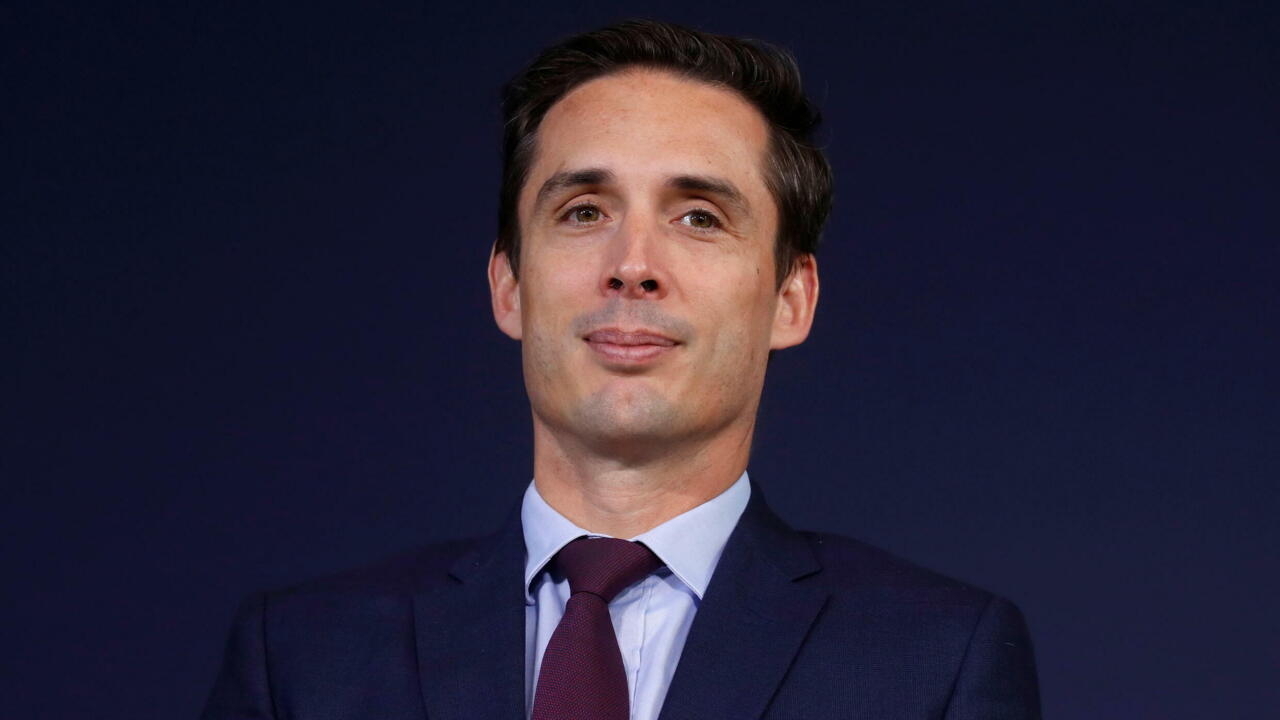 JB Djebbari (French Minister of Transport): "The carbon-free plane is already a reality"

Jean-Baptiste Djebbari, the French Minister in charge of Transport, at Roissy airport, near Paris, on September 29, 2021. REUTERS - GONZALO FUENTES

Boasted by Emmanuel Macron, hydrogen is invited on Monday, October 18, 2021 in Paris.

Experts in the hydrogen sector will meet at the Ministry of the Economy and Finance for the National Renewable Hydrogen Conference.

This fuel - less polluting than traditional fuels - has been allocated a budget of 7 billion euros in the France 2030 plan that President Macron has just announced.

He is one of his ministers, a former jet pilot and airplane enthusiast, who believes most in hydrogen transport.

And especially in aviation: Jean-Baptiste Djebbari, French Minister in charge of Transport, is questioned by Marina Mielczarek.

RFI: Minister, you say that with hydrogen, things are moving faster than you and even than the world would have believed before the health crisis?

The pandemic has accelerated the will of Europe.

We see it in aviation and also in the automobile.

Today, we are experimenting with hybrid planes, electric planes and hydrogen planes.

France and Europe have decided on a hydrogen plan with other renewable fuels.

But all of them are very expensive.

You are right, that is why we must support research to bring down costs.

How to lower the price of less polluting fuels which are 3 to 10 times more expensive than traditional fuel oil?

The sector has many options: reuse the oils consumed (restaurants, kitchen fryers, etc.), up to 50% can be mixed in existing fuels.

But they are 3 times more expensive.

There are also biofuels made from wood and fermented plant and forest wastes.

These are 5 times more expensive.

As for synthetic fuels, based on recombinant hydrogen and CO2, they are 10 times more expensive.

You say that you know how to fly a hydrogen airplane, but the challenge is to fly hundreds of them!

Yes, we must industrialize!

The technology already exists on a small scale.

I repeat, the first hydrogen aircraft flew in 1988. It was a Russian aircraft, the Tupolev 155. Today we know how to fly hydrogen rockets.

For two years, oil companies have become aware of the issue.

How can they be persuaded to intensify their collaboration with manufacturers?

To bring down prices, you need three things.

That France and Europe give visibility.

Let the production be massive.

And that the price of carbon is high enough to encourage the sector to use clean fuels.

In addition to biofuels, aircraft manufacturers say they should globally replace outdated aircraft, such as exist in the United States and on the African continent.

This is why France is counting on cross-investment between the private sector and the public authorities for co-development cooperation.

But to come back to biofuels, ideas abound with projects adapted to local resources.

Take the example of the United Emirates where there is biofuel made from samphire.

Statistics for the airport sector forecast strong growth in flights, particularly in Southeast Asia and Africa.

This is why we need to achieve our goal of decarbonizing air transport.

Europe wants to achieve carbon neutrality by 2050. Along with biofuels, there are other ways to save energy: reducing sky routes between two destinations;

eco-piloting of pilots on the tarmac and in mid-flight, or even electrification near airport gates to replace the use of fuel by the electrical connection.

We feel passionate and enthusiastic about the subject!

These are all challenges for our student and entrepreneurial youth who want to invest in order to succeed!