The writers behind Carmen Mola: "We were sick of lying"

Not even 24 hours have passed since one of the best kept secrets of the Spanish literary world was revealed, the identity of the best seller Carmen Mola, and its creators, the ... 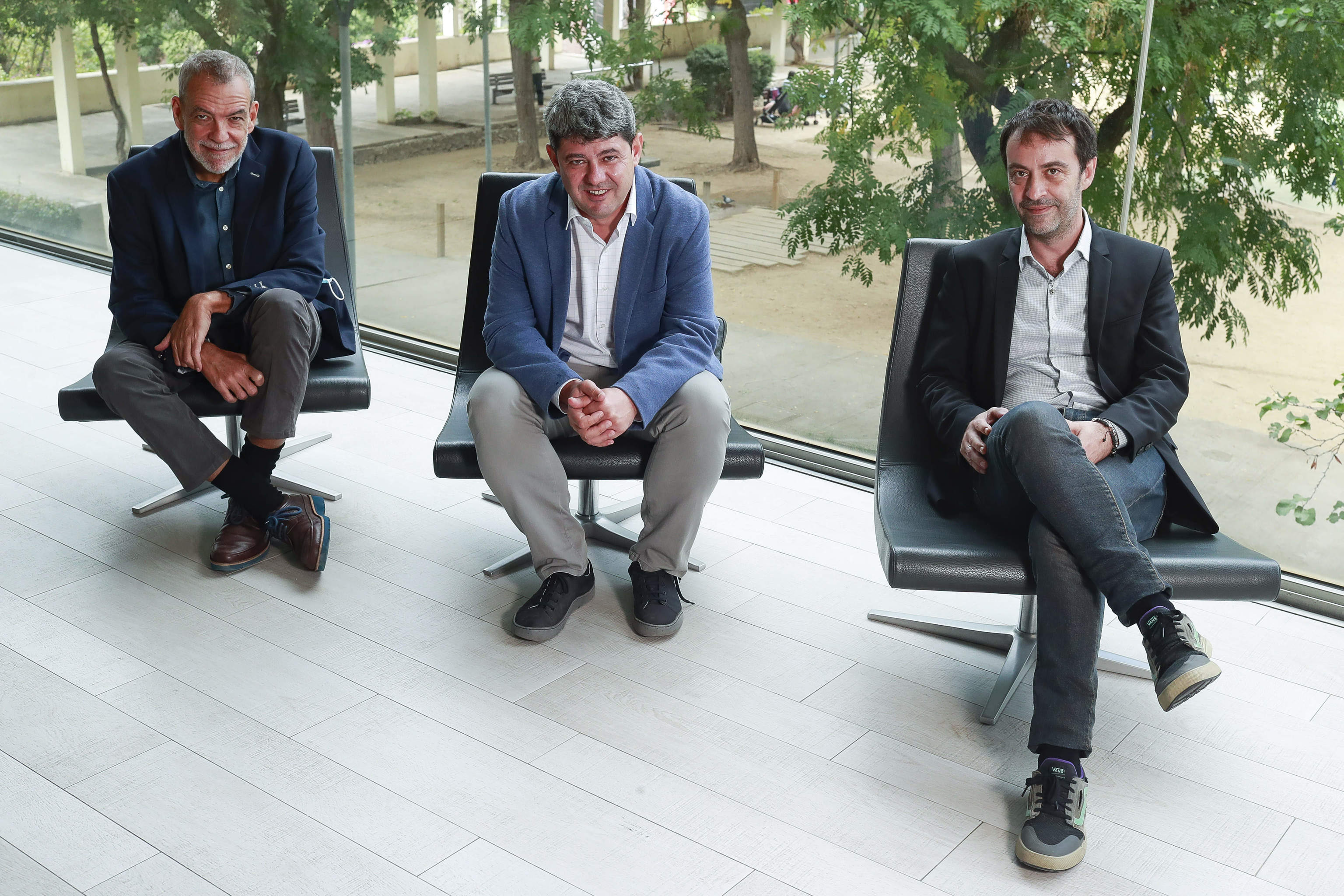 Not even 24 hours have passed since one of the best kept secrets in the Spanish literary world was revealed,

the identity of the best seller Carmen Mola

, and its creators, the winners of this year's millionaire Planeta Prize, already miss anonymity. "It was very comfortable, we loved it. Criticism didn't affect you so much, you went on with your life when you put out a novel ...", Jorge Díaz acknowledges. "

There is something very healthy in eliminating this obsession with the author, to know who he is, how he dresses, what life he has,

" says Agustín Fernández. "If Carmen Mola has worked it is because the stories have liked the readers. Letting go of the ego is difficult but we try to leave it out of the room. Deep down, we do not matter so much," he adds.

The recipients of the 2021 Planeta Prize: Jorge Díaz, Antonio Mercero and Agustín Martínez, the writers behind the pseudonym Carmen Mola.Gorka Loinaz / Araba PressAraba

Last night, the mobiles of these three seasoned television scriptwriters were filled with messages from friends and the occasional "ghostly apparition of childhood."

Everyone said the same thing to them after the congratulations of rigor: "

how quiet you had it

And it is that outside the circuits of the

, little was known about the identity of Carmen Mola.

In spite of everything, the three of them wanted to break the spell because in addition to being comfortable, anonymity has also at times been

We were tired of lying. That's why we thought about coming out of the closet in style, with a large electrical device,

" Diaz jokes. "Lately we had the feeling that at any moment the secret could jump and we did not want to be unmasked either. Better to do it ourselves." And if it is with a million euros, better than better.

How do you write with six hands?

"Our academy has been the script and there we are more than used to teamwork," explains Mercero, the creator of the ER series with Díaz, where they worked for 12 years. His

is, in fact, more of planning in an Excel sheet than of letting himself be carried away in front of the blank page: the three usually meet to talk, discuss and conscientiously design the plots, the turns, the characters and the structures of the chapters and, once the skeleton is hatched to the millimeter, they divide the work and write. "

We try to reach a consensus, that the three of us always like everything, like a good democracy.

Although sometimes we have had to resort to intimidation," jokes Mercero.

"We all do everything, but each one has their strengths: Agustín is the best plotter, Antonio gives

the Mercero touch to the final sentences

and is very good at building characters," explains Jorge, who stands out in the settings . "

. We never fight, but it is devilishly difficult," says Agustín, who considers that "parking the self and putting history ahead" is one of the keys to his success.

Carmen Mola's story shows that the sum of factors does alter the product. The name came to them because they were looking for something that was simple and easy to pronounce. "We came up with Carmen and the thing about Mola ... well, it's not a joke, but almost.

We thought: Carmen, it's cool! And in the silliest way we found the pseudonym,

" explains Díaz. Later, as the snowball grew larger, they had to come up with some biographical detail with which to fill in the flaps of the books.

Nobody is aware that the idea of ​​a high school teacher mother of three children who teaches algebra in the morning and in the afternoons, in her spare time, writes novels of ultra savage and macabre violence has been, seen what has been seen , a good marketing operation. But they deny such intentionality: "

Choosing a woman's name was not a thought out thing, we don't want to send any message. We could have put R2-D2 on it

, but we named it Carmen Mola." Fernández agrees: "More than thinking about things, we were reacting to them. Reality overwhelmed us. Maybe if we had known that we would end up writing four novels we would have thought about it a little more, but at that moment it was fun." The craziest thing they have heard about Carmen Mola is that

behind the pseudonym Manuela Carmena was hiding.

will hit the streets on November 4, and strangely enough, it will coexist in bookstores with the next installment of Carmen Mola starring the researcher

who will publish the competition, Alfaguara, in spring 2022. "

We have a contract for

. It is undelivered, but already very advanced.

" explains Díaz, who cites Rosa Montero as an example of an author who simultaneously combines the two great editorial rivals: Penguin and Planeta, where Seix Barral publishes the Bruna Husky series.

The television series, which will premiere in the autumn on Atresmedia, will begin shooting this January in Madrid.

The winner of the Planet is a mixture of

and historical novel with the Madrid of 1934 on the stage: the Carlist wars and cholera suffocate a city where

. The novel opens with a raw and wild image, a hallmark of the house: the severed head of a girl covered in mud, lying on the ground of a dirty street.

"We don't know if Elena Blanco will live much longer, it depends on whether they like novels or not. We are used to this because when you do a series for television, if you have an audience you have to write more, if not, stop and that's it.

, whatever style it may be, but it will depend on how readers receive it ", reflects Díaz.

"The day we stop liking it, we will have to look for other ways."

80th ANNIVERSARYA miracle of attendance and sales at La Feria del Libro, with the controversy of massive signatures