Effect of the Planeta Award: crown Carmen Mola and reveal her identity

Night of strong emotions at the Premio Planeta. After the surprise that the endowment of the award increased to one million euros, thus becoming the award ... 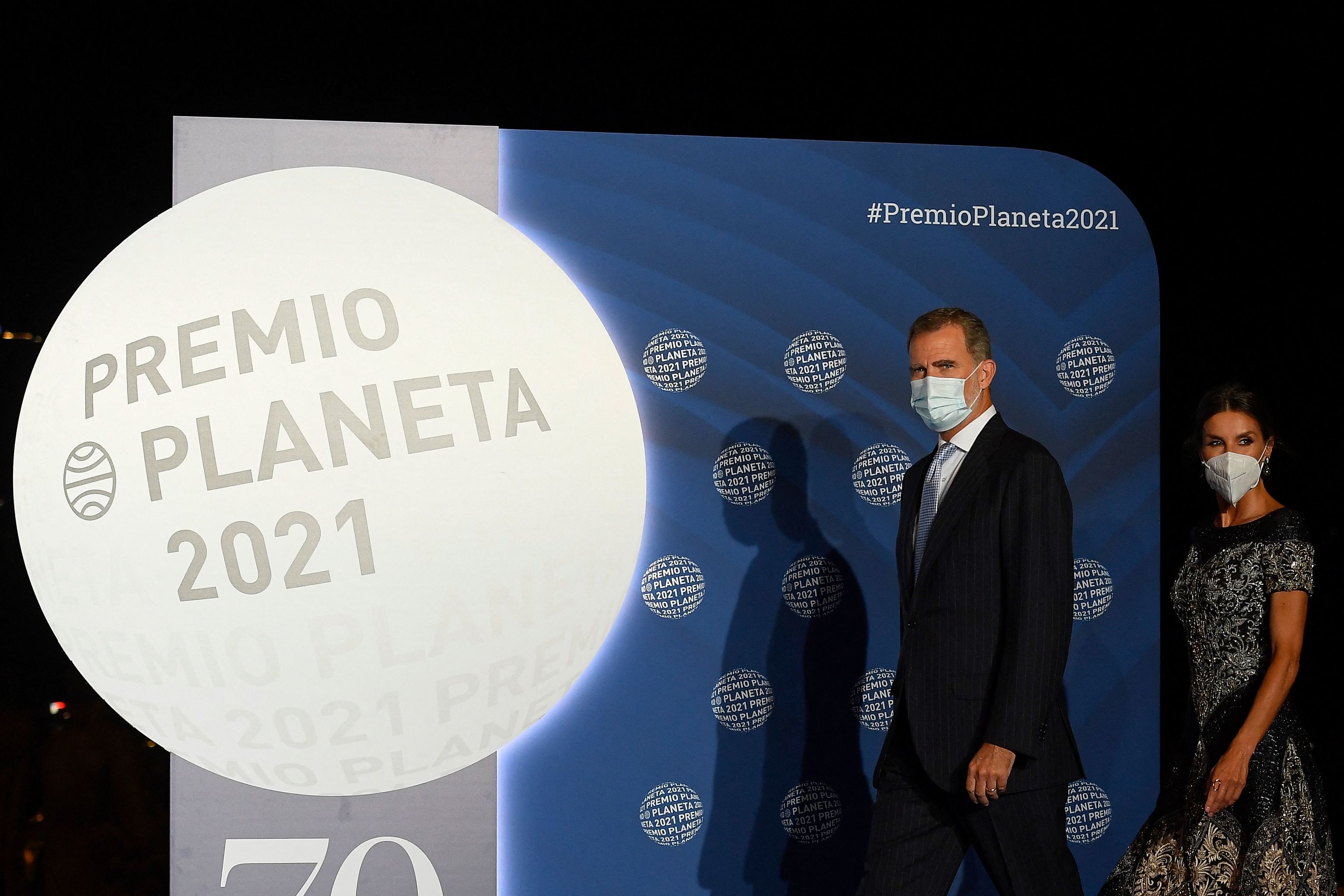 strong emotions at the Premio Planeta.

After the surprise that the prize money increased to one million euros, thus becoming the highest literary prize in the world (surpassing even the Nobel Prize for Literature), another bombshell: this year's Planet Prize goes to

A secret that this Friday has finally been revealed: three men (and not a woman, as was thought) are behind the so-called "Spanish Elena Ferrante":

All three are screenwriters, they come from the world of television

that have seduced tens of thousands of readers. This Friday they have won a millionaire Planet Prize that, yes, they will have to distribute: 333,333 euros for each one (half, by the way, of the 600,000 that were awarded until last year). But who are Agustín Martínez, Jorge Díaz and Antonio Mercero?

Antonio Santos Mercero is the son of the mythical filmmaker

and one of the most experienced screenwriters on Spanish television: he started at Farmacia de Guardia after a few years dedicated to journalism and is one of the creators, together with Jorge Díaz, of Hospital Central. He has also worked in Lobos and MIR.

has been the screenwriter of

, which was adapted for television in 2018. That

is where the three coincided

is another TV veteran: he coordinated the scripts for

for 12 years and has worked in El don de Alba, Ciega a appointments, Víctor Ros and Acacias 38. He did not begin to write until 2009, when he published The Elephant Numbers and his latest novel (signed with his real name) is I have in me all the dreams in the world, about the shipwreck of the Prince of Asturias ship in 1916.

Little was known about Carmen Mola.

The discretion of the three writers has managed to maintain the mystery for years.

It was said that she was a woman, from Madrid, mother of three children

(now we know that she actually has three parents) and that she was represented by the Hanska literary agency, whose team also includes Antonio Mercero Santos.

Carmen Mola appeared as an unidentified object in the Spanish black criminal scene and in three years she published three novels: La novia gitana (2018), La red roja (2019) and La nena (2020) that captivated readers for their particular rawness and brutality. Total sales of the books, translated in eight countries, have reached 250,000 copies and the rights for a television broadcast have been bought by Atremedia, which belongs to Grupo Planeta. All three are carried out by Elena Blanco, an inspector from the Case Analysis Brigade and are not suitable for sensitive readers.

The winning novel, written in six hands, is titled

with a background cholera epidemic.

It is a thriller that revolves around a wave of murders of girls from the poorest classes.

A journalist, a policeman and a girl team up to catch the serial killer, who dismembers the girls.

That the authors behind Carmen Mola have won the Planet is

a blow to the competition, the Penguin Random House group, where the Mola phenomenon has been born

and has sold more than 150,000 copies, becoming one of the great

of the group and of black literature homeland.

knives fly in the night of the Planet

between the two large publishing conglomerates: two years ago, in 2019, Planeta stole from its most direct competitor the two award winners,

who even then they published on Penguin. The dispute between the two groups is tough: between them they account for more than 67% of the Spanish market (in fiction for adults) and in recent years they have embarked on a process of buying small and medium-sized publishers that has resulted in a high concentration of the book business in Spain.

Carmen Mola continues to appear as an author of the house

and the publication of her next novel, the fourth installment of the saga starring Elena Blanco, entitled

The gala, held in the Oval Room of the National Art Museum of Catalonia with 600 guests, was a return to normality in many aspects: not only because of the celebration itself, but also because of the return of the Kings of Spain to the ceremony.

They had not been there since 2016, before the process, which led Grupo Planeta to move its headquarters and tax domicile from Barcelona to Madrid.

They were accompanied by the Minister of Culture

the Minister of Education

the Mayor of Barcelona

and representing the Generalitat, the Minister of Culture

The Kings Felipe and Letizia, upon arrival at the delivery ceremony.JOSEP LAGOAFP

The jury made up of

also awarded the manuscript presented under the provisional title

who was a finalist and will have the definitive title of

It is a historical river-novel starring a young man who tries to reconnect with his mother and younger brother after being separated by the Leninist regime.

A book that transports the reader through the key European events of the 20th century (there is a stop in Nazi Germany) with "very clever subplots", according to Eslava Galán.

The finalist, Sánchez-Garnica (Madrid, 1962), has a degree in Law and Geography and History.

She is an author of de la casa, where she has been publishing for three decades: hers are titles such as

The Soul of the Stones and

His consecration came with

of which an adaptation was made for a series on TVE.

My memory is stronger than your forgetfulness

. His latest novel is entitled

The final interview Ayanta Barilli: "The first time I had sexual contact with my boyfriend, I ran to tell my father"

The Final Interview Silvio Rodríguez: "In Cuba there are fewer hugs than in Spain"

Literature Preview of Haruki Murakami's 'First Person Singular': "Who doesn't have a fateful day from time to time?"