The Arab League Educational, Cultural and Scientific Organization (ALECO), affiliated with the League of Arab States, granted Sheikha Yazia bint Nahyan bin Mubarak Al Nahyan the position of Extraordinary Ambassador for Arab Culture, the first time that the organization has been granted this position in this official capacity, in a ceremony held 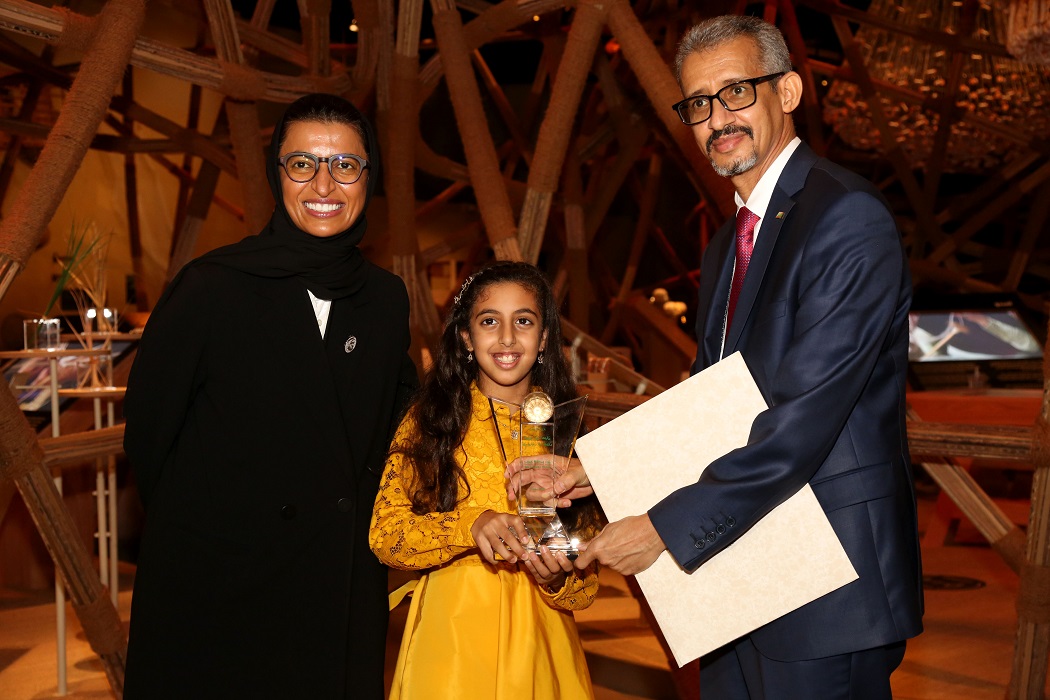 The Arab League Educational, Cultural and Scientific Organization (ALECO), affiliated with the League of Arab States, granted Sheikha Yazia bint Nahyan bin Mubarak Al Nahyan the position of Extraordinary Ambassador for Arab Culture, the first time that the organization was granted this position in this official capacity, in a ceremony held on the first evening Yesterday, at the House of Craftsmen at Qasr Al Hosn in Abu Dhabi.

Sheikha Al Yazia expressed her appreciation for this inauguration, noting in a statement on this occasion that this mission is a tribute to the UAE in the first place, whose wise leadership provided unlimited opportunities, encouraged creative cultural initiatives and projects, and spread the culture of charity in the hearts of its children.

She added: “This lofty mission goes beyond the ranks of honor to entrusted to us, and in turn, we will continue the process of developing the creative and cultural movement through joint cooperation.

The Director-General of the Arab Educational, Cultural and Scientific Organization, Dr. Mohamed Ould Amar, indicated that this is the first time in the history of the organization, which is granted the status of an extraordinary ambassador for Arab culture, an honor that confirms the pioneering role of the UAE, and highlights its position and radiance and the efforts of its wise leaders in promoting Arab cultural work. joint and serving the issues of peace and sustainable development, nationally, Arably and internationally.

He added: "The organization, in coordination with the UAE Minister of Culture and Youth, Noura Al Kaabi, chose Sheikha Al Yazia bint Nahyan bin Mubarak Al Nahyan, to be its first ambassador - at the rank of extraordinary - for Arab culture for the years 2021-2022, due to her distinguished position nationally, Arably and internationally. It earned it thanks to all the great and diversified achievements it has achieved in the various fields of culture and creativity.

In her speech at the ceremony, Minister of Culture and Youth Noura Al Kaabi said: “Today in the UAE, we are proud of the inspiring experience that we present to the world in empowering young people, who carry in their souls the thought and values ​​of the state derived from its rich history and the vision of its wise leadership, which sets its sights on the future, which considers youth The cornerstone of sustainable development and its optimal investment, and the true embodiment of its ambition to create tomorrow and maintain a leading and prestigious position among countries and peoples.Noting that the selection of Sheikha Al Yazia for this mission comes as a prominent evidence of the interest that the organization considers its active activity and distinguished efforts in establishing and activating the Anasi Foundation, which has worked to strengthen the cinema and the role of the public benefit sector in the cultural field in the UAE, at the regional and global levels; Which prepared her to reach today this position, which made her one of the most influential and supportive personalities in this field, which culminated in receiving many awards in recognition of her initiatives in support of Arab culture.

It also organized seminars entitled "A discussion date", and established the website "The Arab Inscriptions Gateway", which is a specialized documented electronic library that collects the most important discoveries of Arabic inscriptions engraved on rocks and stones and selected by a group of scholars and researchers from the United Arab Emirates and more than 7 countries in the Arab world.

Anasy Media has also produced many award-winning documentaries, dealing with various topics in history, culture and others.