Shi Wenjing   The movie "The First Incense" directed by the famous director Xu Anhua is about to be released. Recently, the marketing of the film has increased. What's interesting is that these styles, such as "earth-flavored love words," "love chicken soup," and "pain literary style", which are far from Zhang Ailing's style, have become the main styles in the marketing of the movie "The First 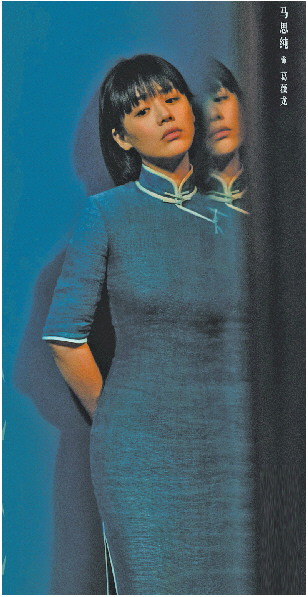 The movie "The First Incense" directed by the famous director Xu Anhua is about to be released. Recently, the marketing of the film has increased.

What's interesting is that these styles, such as "earth-flavored love words," "love chicken soup," and "pain literary style", which are far from Zhang Ailing's style, have become the main styles in the marketing of the movie "The First Incense".

In the minds of many audiences, Xu Anhua is the director and Wang Anyi is the screenwriter. The two of them worked together to adapt Zhang Ailing’s work for film and television. The content presented should be artistic and even literary. However, the film’s "sink" The "local taste" marketing confuses many audiences.

The official marketing of the movie "The First Incense" never marketed writer Zhang Ailing, basically did not mention the original work, nor did it market the luxurious behind-the-scenes team of the film. It followed a solid "earth-flavored love story" and "love chicken soup article" marketing style. , Such as some of the official Weibo essays: "There are some very pure feelings, always pure", "Do everything, love one person", "Love what you want, but don't ask for the answer"...The crazy local flavor marketing of the film on the short video platform The content also made many original fans unacceptable. For example, when Ge Weilong saw Qiao Qiqiao and the maid squinting, the accompanying copy was: "He is dating someone, he looks very happy, but it is not me who gives him happiness. "The image is accompanied by text and a bitter love song, which portrays Ge Weilong as a victim of love.

In marketing videos, there are many copywritings such as "Love Chicken Soup", such as "It's not difficult not to contact, but not to miss" "This autumn, there are waves and breeze, but without you" "Love is painless and heartbroken." The pain" and so on.

These marketing copywritings were dismissed by Zhang fans, and they complained about this incomprehensible copywriting: at first glance, the collective had never read Zhang Ailing. It is estimated that Xu Anhua would not agree to this "magic reform" marketing even if he knew about it. I am sorry for this luxurious production. The team... Someone gave the marketing team an idea. It’s better to move out the first sentence of "Agarwood Crumbs·The First Incense": "Please find the moldy and green copper incense burner handed down in the family, and order a furnace of agarwood scraps. "Listen to me telling a story about Hong Kong before the war."

Is there a problem with the marketing of "First Incense"?

From a marketing perspective, there is no problem.

It can be understood that the film party wants to maximize the urgency of the box office.

But to be honest, for this level of film, this completely "sinking" and "earth-style" marketing method is really outdated and outdated.

The current marketing style has also made many potential "payers" who pay attention to movies lower their expectations and even lose their interest.

This kind of "painful emotional" marketing for Xu Anhua's literary and artistic blockbusters is somewhat worrying.

Zhang Ailing’s sorrow of being blamed by men and women by desire, director Xu Anhua will certainly not be a contemporary painful love story of disease-free moaning as she calmly portrays the sorrow of the idiotic man and woman.

Another situation that is most feared is that the film becomes the next "Last Night on Earth".

Before the release of "Last Night on Earth" directed by Bi Gan, it was emotional marketing. Many viewers watched the film with the romantic ritual of "New Year's Kiss". As a result, Bi Gan's unique style of literature and art was criticized. Wrong version, "unintelligible, incomprehensible", many viewers think they have been scammed by marketing, and the degree of expectation for watching the movie drops rapidly one day after the release, and the follow-up reputation of the movie is also affected.

The huge audiences in third- and fourth-tier cities that this kind of movies want to target are actually not very interested in literary and emotional movies. They like blockbuster and cool movies.

Replace the content and quality marketing of movies with a selling point of the best marketing. For movies such as "The First Incense" and "The Last Night of the Earth", it is a bit of a spring and white snow that has changed the taste of Liba people, but this marketing method is constantly receiving The preference of the film side.

The greatest possible expansion of video push and popularity is what marketing should do. What are the pros and cons? The film party’s abacus is clearest, and the follow-up market will also give the answer.