Banksy's self-destructive work up for auction again in London

Banksy's painting Girl with a balloon returns to the scene of the crime. Three years after partially self-destructing during an auction in London, what remains of the work is ... 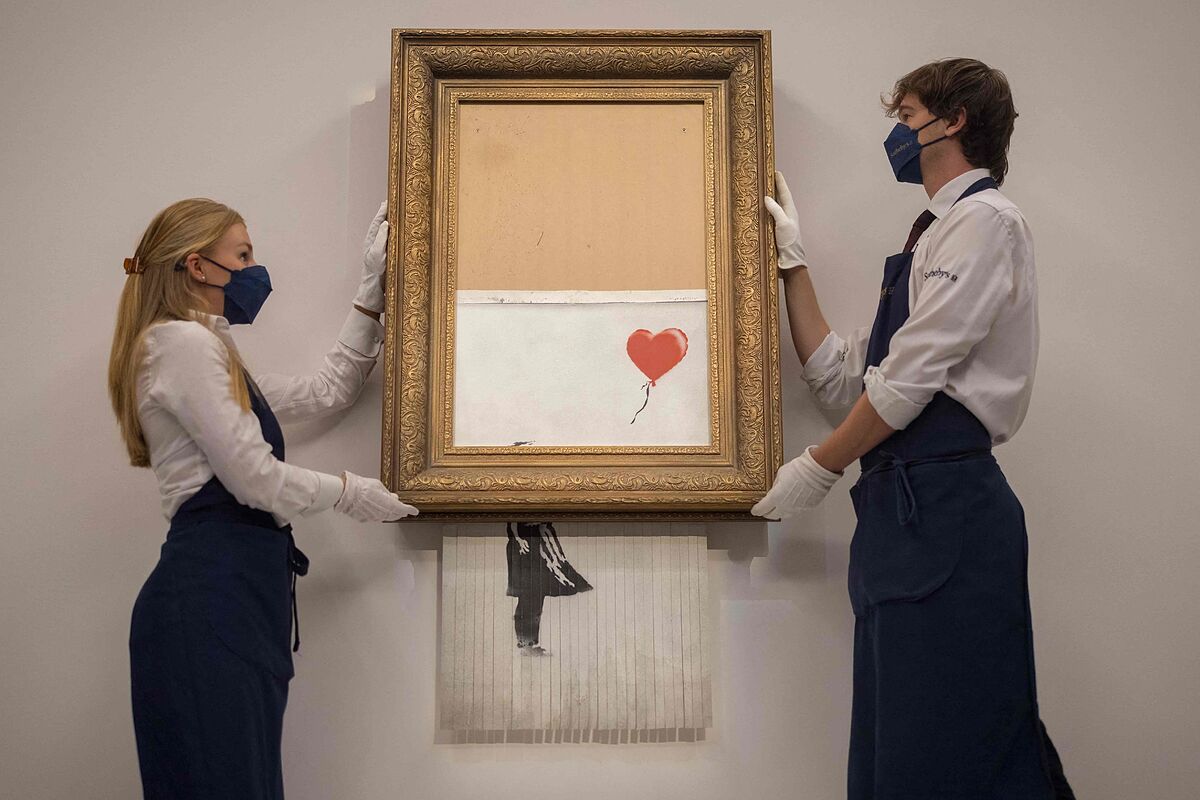 Girl with a balloon

returns to the scene of the crime.

Three years after partially self-destructing during an auction in London, what remains of the work is raffled off this Thursday at the same location.

Love is in the Bin

Love is in the bin

This estimate, which could even fall short, is

to an anonymous collector in 2018.

The famous street artist, whose identity remains a mystery, stunned the world at that auction, also at Sotheby's in London.

As soon as the hammer sounded awarding the painting to the highest bidder, a mechanism hidden in the frame shattered the lower part of the canvas, which represents a girl releasing a heart-shaped balloon.

Now only the balloon remains on a white background.

With this action, Banksy assured wanting to denounce the "commodification" of art, although, in the end, the remains of his work will probably be revalued.

In its statement announcing the sale, Sotheby's described the destruction as the

"most spectacular artistic 'happening' of the 21st century,"

framed "in the heritage of countercultural art that began with Dadaism and Marcel Duchamp."

Love is in the Trash

... but it is time to part with it," said the anonymous buyer, quoted in the Sotheby's statement.

On Friday, a diptych version of this work will also be auctioned in the British capital, but this time by Christie's.

After the 2018 coup, the value of Banksy's works soared at auctions.

Changing the rules of the

), a canvas in honor of healthcare workers in

This mysterious artist from Bristol (southern England) became known for his provocative graffiti that invited society to reflect.

) on a wall of Jerusalem which portrays a masked protester to launch a bouquet of flowers.

Banksy has used his work to criticize Brexit, express his support for migrants or warn about the climatic urgency.

The Final Interview Art Detective Arthur Brand: "The Art Market Is About Money, Not Beauty"

CultureThe everyday objects of Morandi: protagonists of the new exhibition at Fundación Mapfre