40,000 euros to rescue one of the most beautiful castles in Spain

GR7 doesn't seem like a very promising name for History, but it's all a question of asking. GR7 (the initials mean great randonnée; long distance) is the name of a ... 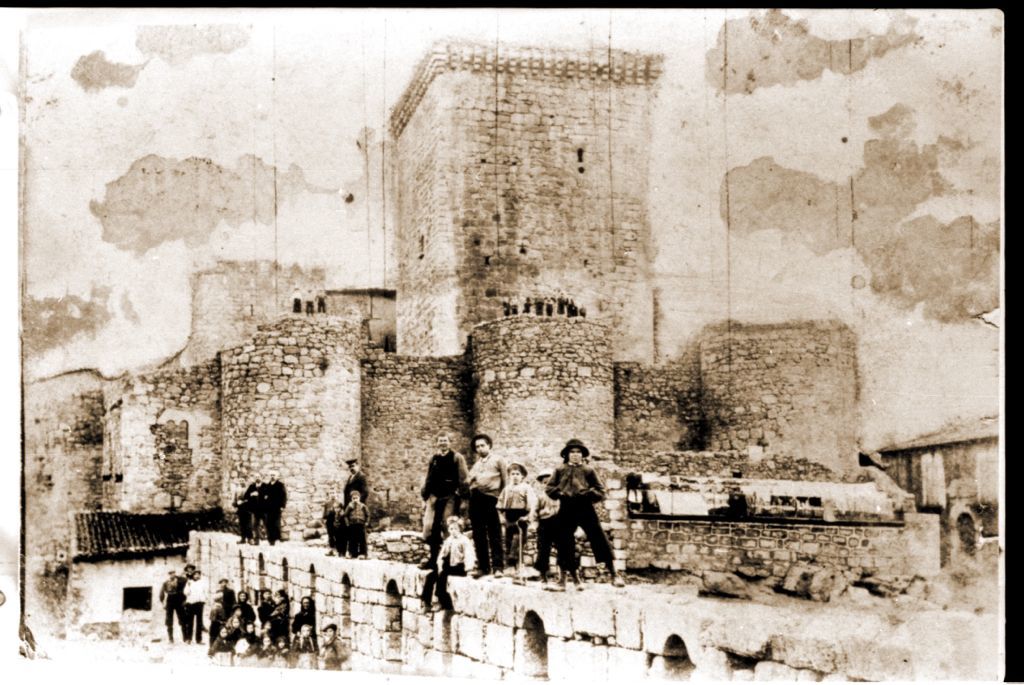 GR7 doesn't seem like a very promising name for History, but it's all a question of asking. GR7 (the initials mean

long distance) is the name of a very long path for hikers approved by the EU and that today leads from Portugal to Hungary through the axis of an ancient Roman road. "It was the main perpendicular road of the Vía de la Plata. Metals came to this junction from the north and from the south and turned west to follow Rome. To the east, the causeway entered Lusitania and bifurcated at two: on the one hand it reached Olissipo [Lisbon] and on the other it went up to Bracara Augusta [Braga] and Finisterre ", Víctor Villarroel and Julio Andrés explain from Miranda del Castañar, Salamanca. "

It was a rich area.

The Romans had planted chestnut forests

that were exploited for centuries.

And the trade was very dynamic. "

The explanation about the historical role of the GR7 trail is the key that allows us to understand that Miranda del Castañar, a barely known town on the north side of the Sierra de Gata, on the other side of what in Extremadura is called Las Hurdes, has 40 houses emblazoned and one of the most imposing castles in Spain.

Its keep is 30 meters high and its structural complexity is comparable to that of the Alcázar of Segovia.

The difference is that almost no one has been to Miranda, that

her fame is that of being "the forgotten beauty"

and that, due to that abandonment, his castle is in semi-ruin.

Its walls are consolidated, they will not fall, but its interior is impractical.

And, for that reason, Víctor Villarroel and Julio Andrés are part of the local community that seeks funds through crowdfunding to start working on their clearing and conditioning.

They are looking for 40,000 euros before next week and have the backing of Hispania Nostra.

Where did such a castle come from in a town of 400 inhabitants?

"Before the current castle, there was a Mozarabic tower here. The castle is from the 15th century", Villarroel and Andrés explain.

But in the fifteenth century there was no reconquest that far north, right?

a period of civil wars in the Kingdom of Castile

The promoters of the Castillo de Miranda del Castañar were the Zúñiga family, the counts of Miranda,

mortal enemies at that time of the Álvarez de Toledo family, with whom they would later unite their lineage

. For this reason, the oldest title that the Duke of Alba retains today is that of Conde del Castañar, which comes from Miranda.

But the interesting thing about that castle was not its military value but its political and economic significance. The crossing with the Vía de la Plata and the wealth of the chestnut groves made the region

a place of commerce and exchange of ideas

. In addition, Duke Diego López de Zúñiga was a man with an unusual vision of the future for his time. As the life of the Jews and the Moors became more complicated throughout the Peninsula, López de

Zúñiga captured them, offered them his protection and housed them in a network of Jewish quarters that reaches as far as Portugal

. A century ago, a crypto-Jewish community emerged in the nearby Portuguese town of Belmonte that had survived since then. López de Zúñiga was given the alias of Conde de la Concordia.

That splendor was short-lived.

In the 16th century, the counts went to court and abandoned their homeland

The Castillo de Miranda suffered a fire and was abandoned.

Neighbors began to use it as a quarry for their stone needs.

The most elaborate pieces disappeared.

Already in the 20th century, the Civil Guard installed its barracks house inside the castle.

The region was no longer rich.

In 1931, the Republic declared the Castle an Asset of Cultural Interest.

The Civil Guard left the enclosure and

the houses that leaned on its walls were eliminated.

Since then until now, little has been done more than monitoring the state of the walls.

What is the best thing that can happen to the Castillo de Miranda de Castañar in the coming years? "The 40,000 euros is a modest amount.

With 5,000 euros we will be able to develop a project that we present to the administrations to encourage them to take action.

With 40,000, we hope to make the site minimally accessible. But to optimize the entire heritage of the town we would need much more money ", explain Víctor Villarroel and Julio Andrés.

In Miranda del Castañar they have in mind the success of the neighboring town of La Alberca, where tourism and heritage conservation have revitalized its economy and demographics.

In the opinion of Villarroel and Andrés, the architecture of Miranda del Castañar (beyond the Castle) is

and its possibilities are greater.

But for that you need a bet.

Broadband installation campaigns have not reached the people and it is all the more difficult that way.

History Eduardo Álvarez: "It would be good for the Crown to rehabilitate its homosexual ancestor and bury his remains in Chueca"

HISTORY Orlando Figes: "The opposition in Russia does not have the guts to go to the real fight"