The Cumbre Vieja volcano on the island of La Palma has already emitted 21,868 tons of sulfur dioxide and 1,848 tons of carbon dioxide per day. These days there has been a peak of ... 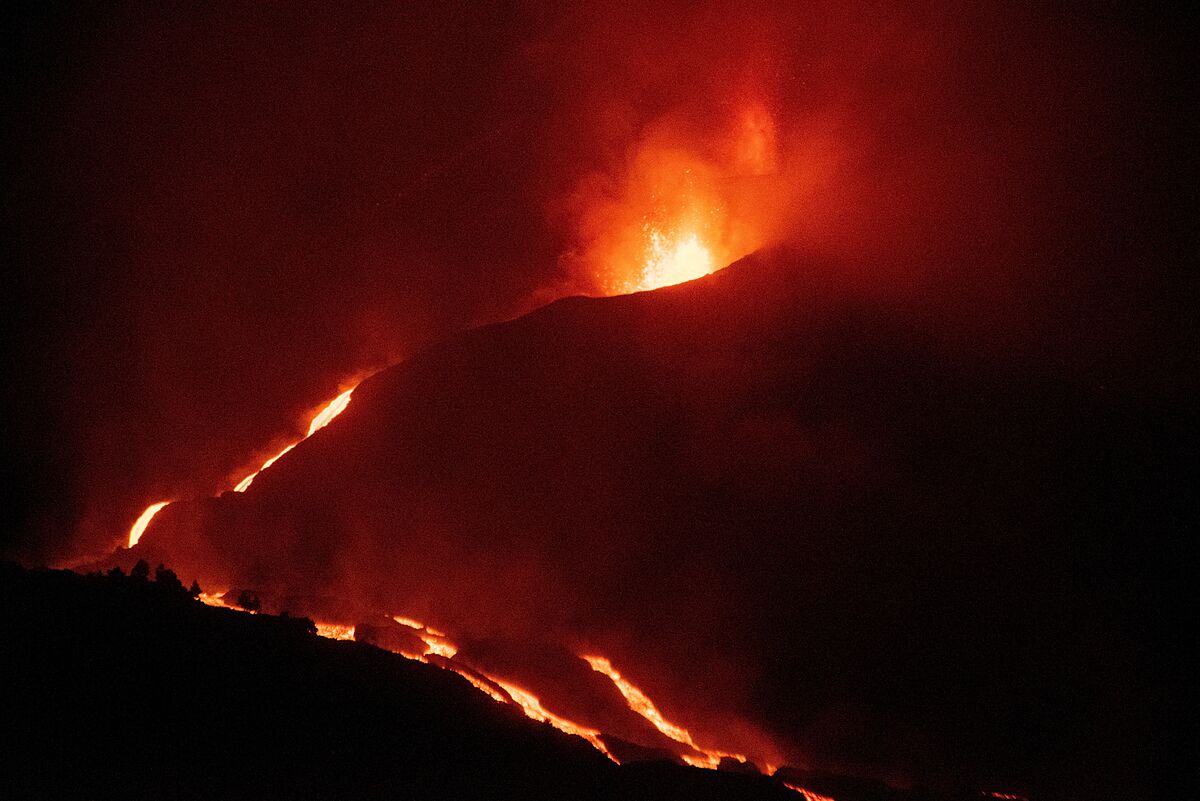 has already emitted 21,868 tons of sulfur dioxide and 1,848 tons of carbon dioxide per day. These days there has been a peak of great intensity, exceeding 350 micrograms per cubic meter of particles, specifically 830 were recorded, in a specific episode that remitted. The

remains high but is concentrated to half depth- of

more than 20 miles-indicating no probability in principle arises a new broadcasting center.

As a consequence of the

rupture of the cone of the volcano

last Saturday, there is a primal stream, which has no lava input, and which runs through the north of the Todoque mountain with three branches, the one that has created the lava delta, that of El Charcón and the one that has been located about 200 meters from the coast in El Cantil.

Likewise, there is another

that descends with enormous power, which carries most of the lava flow and which runs parallel to the previous one.

And then there is a third wash, of less power than the previous one, which is the one that runs further to the northwest and has crossed diagonally the Callejón de la Gata industrial estate in Los Llanos de Aridane, Morcuende has specified, who has indicated that it is "transposing to a headwaters of a new basin and threatens urban elements."

7.00 Lava flows slowly and threatens new areas where 800 people have been evacuated

that has forced about 800 people to evacuate today in Los Llanos de Aridane advances slowly but inexorably threatening urban elements, and the technicians of the volcanic emergency hope to supervise a map of danger regarding the course that the lava could take.

The map has been commissioned by the technical director of

, Miguel Ángel Morcuende, who has also specified that the number of people evacuated from Los Llanos de Aridane may vary because many residents had previously left the area, days ago, removing belongings from their homes. in anticipation that something might happen.

In addition, the scientific spokesperson for Pevolca, María José Blanco, has indicated that in recent hours the signal of volcanic tremor has increased, which in principle indicates that there is a higher gas content in the magma that is emerging from the eruptive center.

The height of the ash and gas column today reaches 3,500 meters and although the breezes are favorable to air quality, tomorrow they will carry the ashes to the west and east of La Palma, and mainly to the south, and it is not ruled out that ash will fall fina in the south of Tenerife.

It is likely to affect operations at the La Palma airport, and could do so at the southern Tenerife airport, although no changes are expected in this regard until Thursday, added María José Blanco.