Chinanews.com, Beijing, October 13 (Reporter Gao Kai) The Fog Theater, which has won the praise of audiences with a series of high-quality suspense short dramas such as "The Hidden Corner" and "The Silent Truth", returns on the 13th. Realistic family suspense dramas "The Mysterious Fog of the Octagonal Pavilion" met with the audience that night and aroused attention. The play meticulously portra 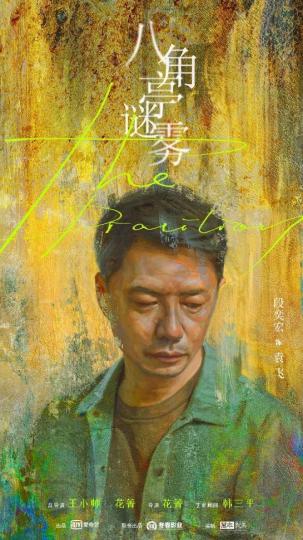 Chinanews.com, Beijing, October 13 (Reporter Gao Kai) The Fog Theater, which has won the praise of audiences with a series of high-quality suspense short dramas such as "The Hidden Corner" and "The Silent Truth", returns on the 13th. Realistic family suspense dramas "The Mysterious Fog of the Octagonal Pavilion" met with the audience that night and aroused attention. The play meticulously portrays a story of the fragmentation and reconciliation that occurred in an ordinary family, eliciting a deep discussion of social issues such as the original family.

"The Mysterious Fog of the Octagonal Pavilion" is produced by iQiyi. The well-known film directors Wang Xiaoshuai and Hua Qing serve as the chief directors, and Hua Qing is directed by many powerful actors such as Duan Yihong, Hao Lei and Zu Feng. An unsolved case that has not been solved for many years is a clue that connects the Xuan family's intricate interpersonal relationships and love-hate entanglements. The process of solving the unsolved case is also a process in which the Xuan family breaks the barriers and “reunite” and regain a new life.

"Octagonal Pavilion Mysterious Fog" is the first web drama work of the well-known domestic film director Wang Xiaoshuai as the chief director and chief screenwriter. Wang Xiaoshuai has previously won the title of Best Director of the Year by the Directors Guild of China. "Selected as one of the 100 best films for the 100th anniversary of the film’s birth by the British BBC, the reality-themed film "Long Forever" won the Best Director Award at the 14th Asian Film Awards.

"Affected by the international web drama audience and the market, domestic web dramas are getting more and more attention, and their production standards and quality are steadily improving, so it is a good attempt to step into the field of web dramas." In the field of online dramas, Wang Xiaoshuai is full of confidence.

"We create core content based on the social, family, and emotional aspects, and use suspenseful cases to build the overall story structure." He hopes that after watching the drama, the audience will have more associations about truth, family, and human nature. Thinking and touching.

"Octagonal Pavilion Mystery Fog" chief screenwriter Yang Yishu told reporters: "In the native family, those little things that seem to be insignificant to outsiders will become a trace of life for every individual life, and in the future life So, exploring the original family is my personally important expression in this short series. This is also the original intention of the creation of "Octagonal Pavilion Mysterious Fog"."

According to Director Hua Qing, “In order to present the realism of the picture, during the creation of the drama series, the program team chose to shoot in the most suitable real scene to the greatest extent, and did not interfere with the live presentation of the actors to the greatest extent. Real moments. Some photographic stylized processing, such as subtraction (slowing down the virtual image on the screen), will also be used to create suspense."

There are many small water towns in the south of the Yangtze River in China. The crew chose to shoot in Shaoxing, because there are well-preserved water towns here, and the high-rise buildings after the changes in the city can be seen in the distance.

"Like the characters in the play, trapped in a besieged city, the times are changing, but the haze in my heart can't be dissipated. I can still deal with in the besieged city of fog until the day when the fog is lifted." Hua Qing said. .

It is worth noting that the story of "The Mysterious Fog of the Octagonal Pavilion" takes place in a small town in the south of the Yangtze River in Kunshan accent. Kunqu Opera is rich in culture and has unique Chinese aesthetics. It also presents the unique charm of Kunqu Opera in detail. Some critics believe that, This helps the spread of Chinese traditional culture to a certain extent.

"Xiqu is mostly passed down by masters and apprentices or from aristocratic families. It will be a relatively closed emotional way, more obsessive, and more suitable for the emotional and motivational trend of suspense dramas. Moreover, Xiqu is not a new art category. It has been circulated in our country for a long time, and it retains many traditional things. It is also very similar to our characters in a sense, and there are always some more traditional ideas and understandings that belong to us in the deepest heart." Hua Qing believes that traditional opera The introduction of the characters helps to enrich the characterization of the play.

The popular broadcast of "The Mysterious Fog of the Octagonal Pavilion" also means the official return of Iqiyi's Fog Theater. According to reports, this year's Fog Theater will "pull the fog and light up the light" as its core. A total of 4 dramas, of which "The Mysterious Fog of the Octagonal Pavilion" "Mainly "Family Suspense", showing the impact of family education on growth; "Who is the Murderer" analyzes "humanity suspense", reproduces the dusty unsolved cases, showing the persistence of the three generations of police; "Gold Rush" aims at "adventure hunting", Cracking hidden secrets during the crisis-ridden gold rush; "Fatal Wish" focuses on "technical suspense", telling a series of stories about desire triggered by a mobile phone software, reflecting on the adverse effects of technological development.

Although the four suspense stories have different styles, the background of the story is still warm and bright.