The "Squid Game" competitions were held in Abu Dhabi this evening, organized by the Korean Cultural Center in Abu Dhabi, in conjunction with the launch of the Korean series of the same name on the "Netflix" platform, and it was topped by the most watched list in the UAE and in many countries of the world.The event witnessed a competition strong 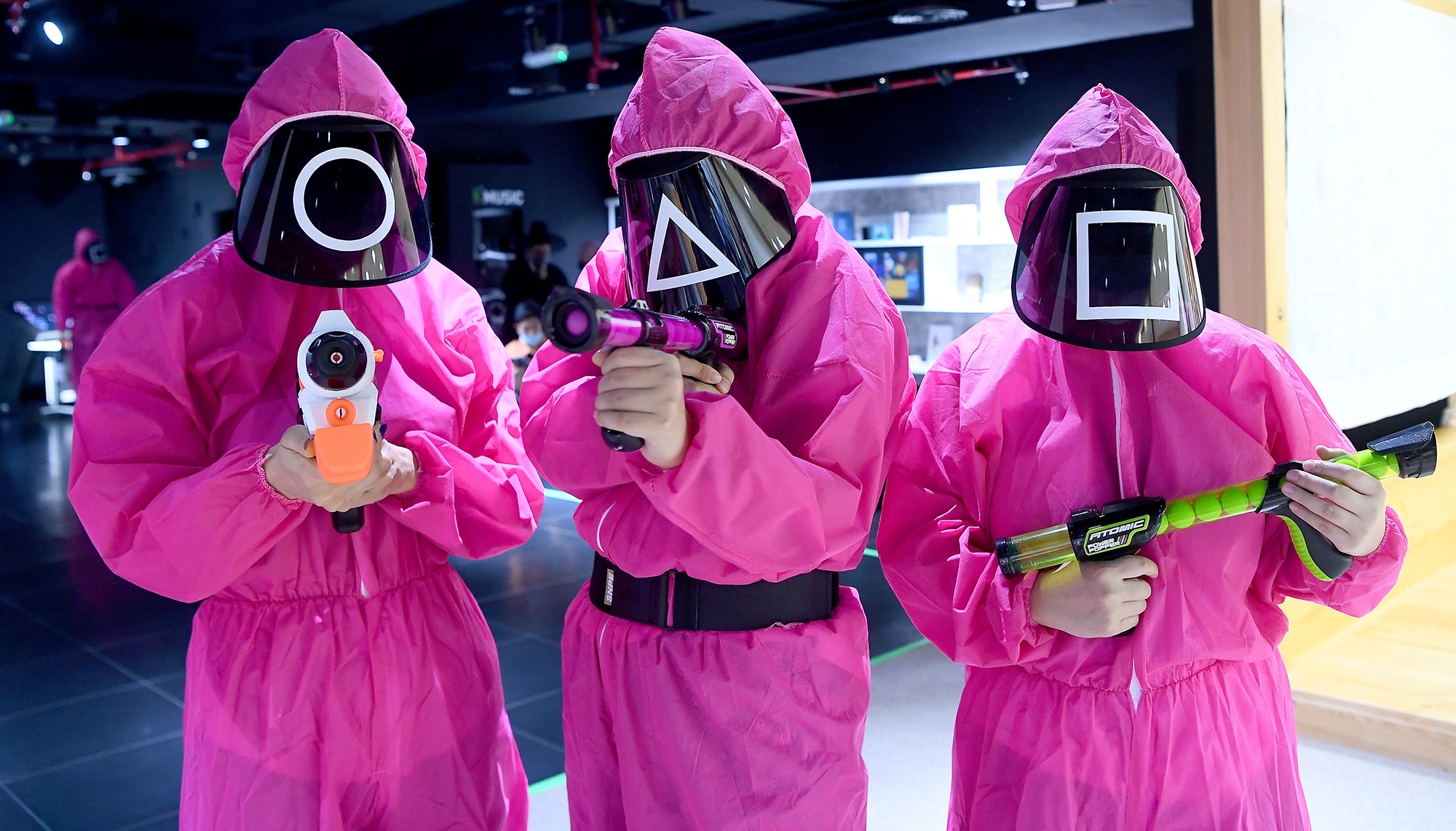 The "Squid Game" competitions, organized by the Korean Cultural Center in Abu Dhabi, were held in Abu Dhabi this evening, coinciding with the launch of the Korean series of the same name on the "Netflix" platform, and it topped the list of the most watched in the UAE and in many countries of the world.

The event witnessed a strong competition that took place in an atmosphere of fun among the participants, young men and girls of different nationalities, in contrast to the tension and bloody conflicts that the series witnessed.

The number of participants reached 30 contestants who were selected from 294 people who registered to participate, and taking into account the precautionary measures to combat Covid-19, the contestants were divided into two sessions, each session comprising 15 participants.

They competed in 5 games

During the game, the contestants wore a T-shirt similar to the one that appeared in the "squid game", while the event coordinators wore the uniforms of soldiers, and the real weapons were replaced with "game" that shoot sponge balls.

The Korean Cultural Center explained that organizing the event aims to introduce the UAE residents to the Korean culture, and to the games that appeared in the series, which are traditional games that young people used to play in Korea in the past until now, in order to enhance cultural exchange between the two countries.