Great waves of change.. what will the world look like?

The waves of change are gathering now, but humanity is not aware of the dangerous effects of those waves, and these great changes are not the result of a single event, and they will not take place at a specific time, but a complex process that takes place as a result of the accumulation of many factors. 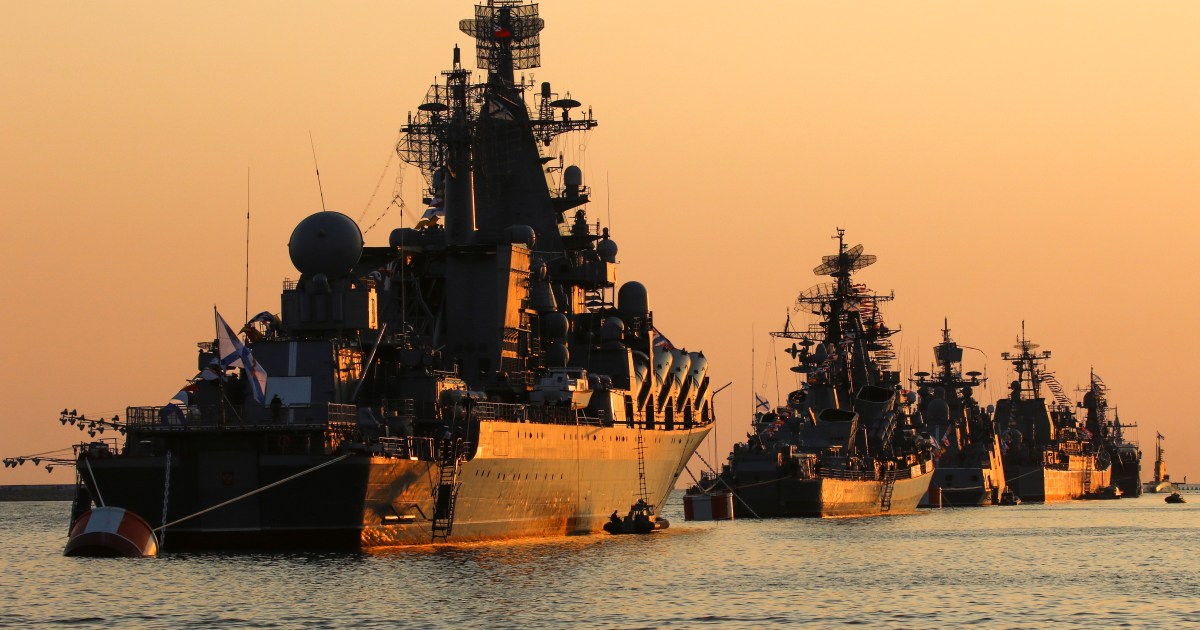 "The world will undergo a process of great change that humanity has never experienced."

With this phrase, Marshall Fine Somer begins his book The Great Waves of Change.

Waves of change are gathering now, but humanity is not aware of the dangerous effects of those waves, and these great changes are not the result of a single event, and will not take place at a specific time, but a complex process that takes place as a result of the accumulation of many factors that creative researchers must read in depth to warn their societies of the dangers preparing people to face it.

These factors are multi-dimensional and fields, but their risks can combine to suddenly explode in the face of those who thought during the 20th century that they possessed the hard power, and that they were able to use it to shape a reality in which they plunder the wealth of peoples, leaving them to suffer the scourge of poverty and famine.

Will the rich countries insist on maintaining their way of life, continue to struggle and compete for control of resources, ignore the pain and misery of poor peoples, and continue to plunder the wealth of the peoples as they did throughout the previous two centuries?

And what can we expect from these peoples in the future?

Whoever created the problem does not solve it

Meditate on the conditions of that turbulent world to realize that the climate is changing and threatening natural disasters, and that resources are decreasing and threatening the world with a water and food crisis, and at the same time the danger of epidemics that countries are unable to confront, the most important of which is the Corona epidemic, is increasing.

And because those countries were interested in building their hard power such as armies and weapons to wage wars and occupy people’s lands, and spent thousands of billions to achieve this goal, it was natural for their health system to collapse and be unable to confront the Corona epidemic, which filled the souls of people with fear and terror, and made every person stand alone in the face of reality Death, and now it can pose many questions to the ruling regimes, including "What is the use of all those weapons that are enough to destroy the globe?"

And “Why did America once boast about its smart bombs that it used to destroy the mud huts inhabited by the poor in Afghanistan, turning their bodies to shreds? Is this compatible with civilization?” “What is the importance of progress if it does not bring happiness to man and preserve his dignity?” What are the benefits of skyscrapers, the administrative capital, and the elegant homes of starving people?

If we return to Marshall Sommer’s book, we find that it presents new questions in the face of the dangers that the coming years will bear, the most important of which are “Will the rich countries insist on maintaining their way of life, continue to struggle and compete for control of resources, ignore the pain and misery of poor peoples, and continue to plunder the people’s wealth as It did over the past two centuries?And "What can we expect from these peoples in the future?".

Sommer adds that humanity must now choose its own path;

Will nations continue to struggle, compete, and use brute force?

Or can it look for an agreement to share resources, cooperate in the face of dangers and build a new world order that protects humanity from destruction?

Sumer did not answer, but one of the most important functions of science is to raise the right questions at the right time. It is certain that humanity is now facing a new stage in history, and that it can be exposed to annihilation if it is not able to choose leaders who enjoy wisdom, morals and the ability to achieve justice.

But one of the most important questions that Sumer did not raise is whether the Western civilization that created the problem is able to provide solutions to it?

Can this civilization, which is concerned with developing weapons of extermination, and impoverishment of peoples, save humanity from the disasters caused by its injustice, arrogance, racism, arrogance and closing in on itself?

Or does humanity need the Islamic civilization to save it from injustice, delusion, selfishness, greed and cruelty, to begin a new, more just stage?

Despite the clarity of the dangers that threaten humanity, Western scholars are still unable to confront the truth and raise appropriate questions.

It is certain that Sumer had the courage to raise many questions, but humanity needs more courageous and clear scholars who light the lamps of survival, and advance to lead peoples to struggle against the injustice that was the main cause of the devastation, destruction and massacres that occurred over the past two centuries, and it will be a cause of the disasters that the world will be exposed to. almost.

Therefore, one of the most important decisions that people must take in order to live during this decade and protect their right to life is to struggle against injustice and overthrow the tyrannical rulers of America, and to choose for themselves new leaders characterized by courage and wisdom.

When people make their own decisions and choose their leaders, they can advance to face challenges and dangers and protect their right to life.

But, can the Islamic nation do that?

The nation will surely provide its creative and original answer to this question during this decade.

The danger of the current reality

If we return to Sumer’s book, we will find it clarifies that the dangers facing humanity are inherent in its reality. The state of division experienced by humanity will lead to failure in facing the challenges of the future. Therefore, humanity must search for ways to achieve cooperation and unity instead of a state of conflict, competition and hatred.

Every country must ask itself what can it gain in the conflict if all humanity is exposed to deprivation and poverty?

This question can be directed by each individual to himself.

The most important consequence of the coming waves of change is that human civilization will fail because of force.

And this fact is perhaps the most important thing that Sumer presented in his book, and he certainly means Western civilization with all its achievements over the past two centuries. Hard, material, brute force will be the reason for the collapse of this civilization.

But what is the solution?

Sumer believes that the rich countries must start the review stage, and ask themselves why and how to live?

How do you use resources, energy and spend money?

And to take responsibility without shame for the destruction that the world has been exposed to, as the storm will hit everyone hard, and no one can hide his head in the sand to escape from it.

Each country will be affected by the problems experienced by other countries, and it cannot face the risks alone or close in on itself.

So far, those rich countries do not care about the tragedies faced by poor peoples. In many cases, the colonial powers created the suffering and misery of the peoples, ignited the fires of civil wars, and imposed sieges on the peoples to subjugate them and force them to give up their rights to freedom.

So can what Sumer calls for be achieved and those powerful and rich countries themselves back down and take responsibility and acknowledge their crimes against humanity?

Changes are coming but

This decade will witness waves of change that will severely strike the foundations of the world order established after World War II.

It is certain that the world has lost stability, that all ruling regimes lie on volcanoes of peoples' anger and hatred, and that brute force will not protect the security of unjust regimes that oppressed their people, and that waves of change are coming.

One of the most important means of confronting waves of change is awareness and knowledge that qualifies countries to make correct decisions that can save their people, and knowledge is linked to wisdom, morals and courage.

But America is still ignoring, misleading and falsifying peoples' awareness, and this will increase the danger of upcoming disasters and reduce the ability to confront them.

Waves of change do not only carry dangers, disasters and tragedies, but they can also force humanity to search for the lights of certainty, and struggle for freedom and justice, and rebuild the world. Peoples that insist on achieving their comprehensive independence.

The coming waves of change could open the way for Islamic civilization to advance to lead mankind, and save it from the misery and sorrows that Western civilization has plunged into with its selfishness, greed, worship of brute force, and glorification of matter.

The world cannot escape the waves of change, but it can face them, and turn them into an opportunity to build a new world order. Therefore, the waves of change should not be viewed as a tragedy, even if they carry a lot of pain that may be precursors to the birth of a new dawn.

Sumer says that the coming waves of change can bring promises to humanity, the most important of which is that it can rebuild the world on new foundations.

But that depends on each individual searching for the strength that lies within him, the most important of which is the knowledge that God has endowed him with.

What is the solution offered by Sumer in his book to face the waves of change?

The solution is for a person to use the knowledge that Sumer recognizes as a gift from God and a gift from Him.

Well, it is the Islamic nation that possesses knowledge and God’s final message to humanity, which can save it and build a new life for it, and the Muslim must understand that his job is to carry this message to humanity, and that he is responsible for saving humanity and liberating it from the falsehood in which Western civilization has drowned it. .

The coming waves of change will force humanity to listen to Muslims, for a person must be humble when facing death, so there is no longer room for arrogance and arrogance of power, and every person must admit his need for new knowledge that lights the way for him and opens the doors of hope and certainty before him, and this is what Sumer did not dare He has to say it, but we have the courage to declare it with full force and say that only Islamic civilization can save humanity.