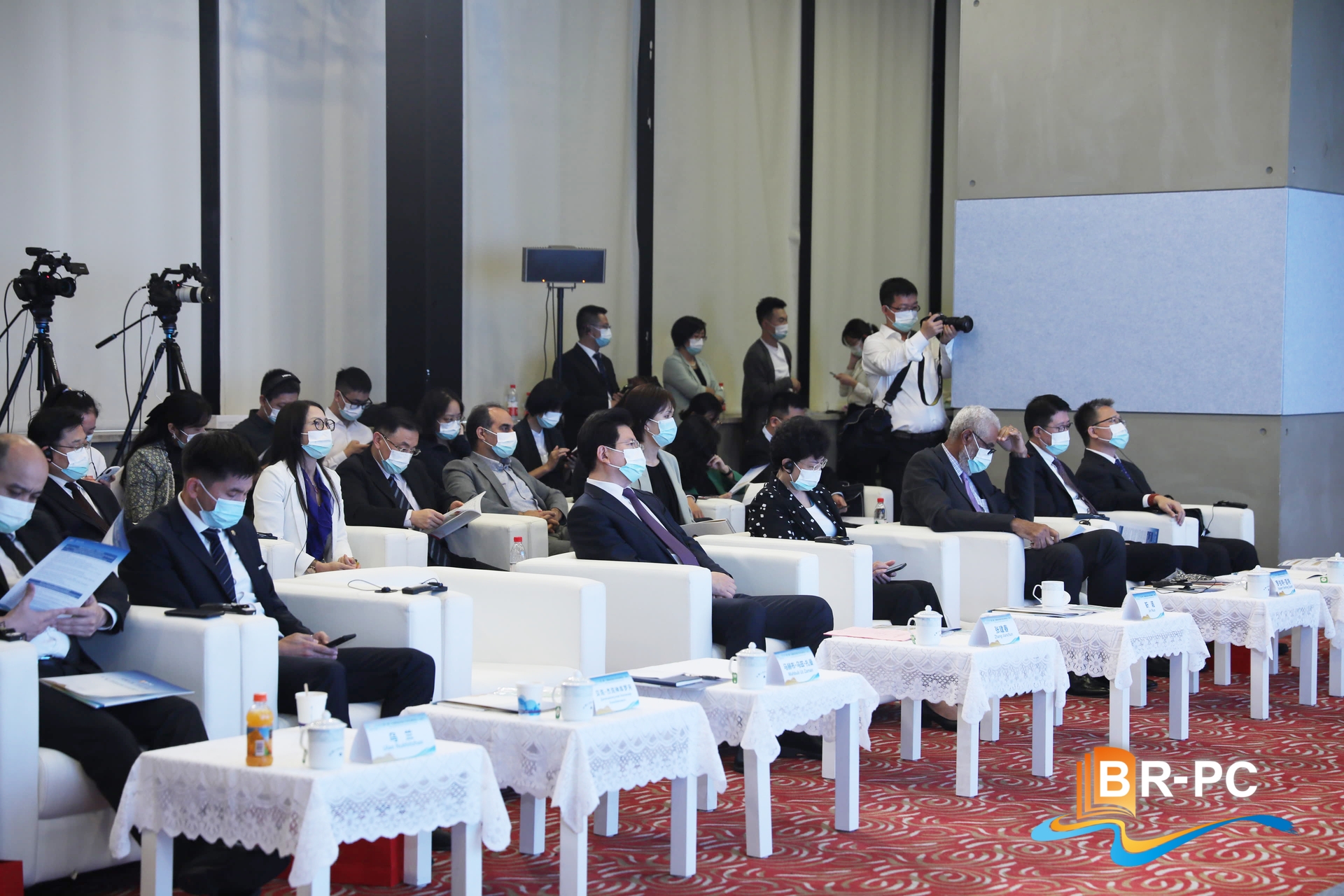 With the theme of "Civilizations Mutual Learning, Cooperation and Win-win", the forum is hosted by the "Belt and Road" National Publishing Cooperative (hereinafter referred to as the "Cooperative") and Renmin University Press of China. It adopts a combination of offline and online Way to proceed.

More than a hundred people including Chinese and foreign guests, representatives of cooperative member institutions, and media reporters from nearly 20 countries and regions around the world attended the conference, and more than 2,000 people watched the live broadcast of the forum online.

Jin Nuo, secretary of the Party Committee of Renmin University of China, delivered a speech, pointing out that the cooperative has become a national-level platform for publishing cooperation between China and countries along the “Belt and Road” through continuous development and growth.

Especially during the epidemic period, the cooperative actively expanded new channels for online international academic publishing cooperation, and played an important role as a bridge between Chinese and foreign publishing exchanges and cooperation.

In the future, Renmin University of China will continue to give full play to its advantages in education and scientific research and international exchanges, and fully support the international publishing work of the People's Congress Press in terms of inter-school cooperation, think tank construction, and talent training, and provide strong support for cooperatives to carry out academic publishing activities. Promote the development and prosperity of world academic publishing and cultural education.

Speech by Jin Nuo, Secretary of the Party Committee of Renmin University of China

The guest speakers congratulated the successful holding of the “Belt and Road” National Publishing Cooperative Summit Forum, and hoped that relevant institutions can deeply participate in the cooperation of the cooperative and jointly promote the progress in cultural education and academic publishing.

Speech by the Ambassador of Bangladesh to China Mahbu Uz Zaman

In March 2019, the alliance was renamed as a cooperative body. The secretariat was established in Renmin University of China Press, and it was included in the list of achievements of the second “Belt and Road” International Cooperation Summit Forum.

Up to now, the cooperative has 319 member units from 56 countries and regions, including 263 foreign member units, covering almost all countries along the “Belt and Road” route, covering all major fields on five continents, and the categories of member units include publishers, Academic institutions and professional bodies, the publication category involves many aspects of the humanities, social sciences and natural sciences.

Since its establishment, the volume of international copyright trade among members of the cooperative has been increasing year by year, and the cooperative publishing of Chinese content books has become increasingly active.

According to incomplete statistics, the members of the cooperative have promoted the translation, publication and distribution of about 5,000 Chinese books in the "Belt and Road" co-construction countries.

During the forum, the important achievements of the cooperative governing units and the launching ceremony of the multi-language version of the "Understanding the New Era" series of books were held.

In the theme exchange session of the forum, a number of guests spoke on two topics: "Focus on publishing development experience in the era of epidemics, explore new ways of publishing cooperation", and "innovate digital publishing models to help the high-quality development of the publishing industry".