On the occasion of Saudi Arabia’s celebrations of the Kingdom’s 91st National Day, which falls today, Thursday, the journalist writer Dr. Abdullah Al-Madani told the story of the verses sung by the late Egyptian artist Umm Kulthum on the occasion of the visit of the late founding King Abdulaziz to Egypt. Al-Madani narrated, in 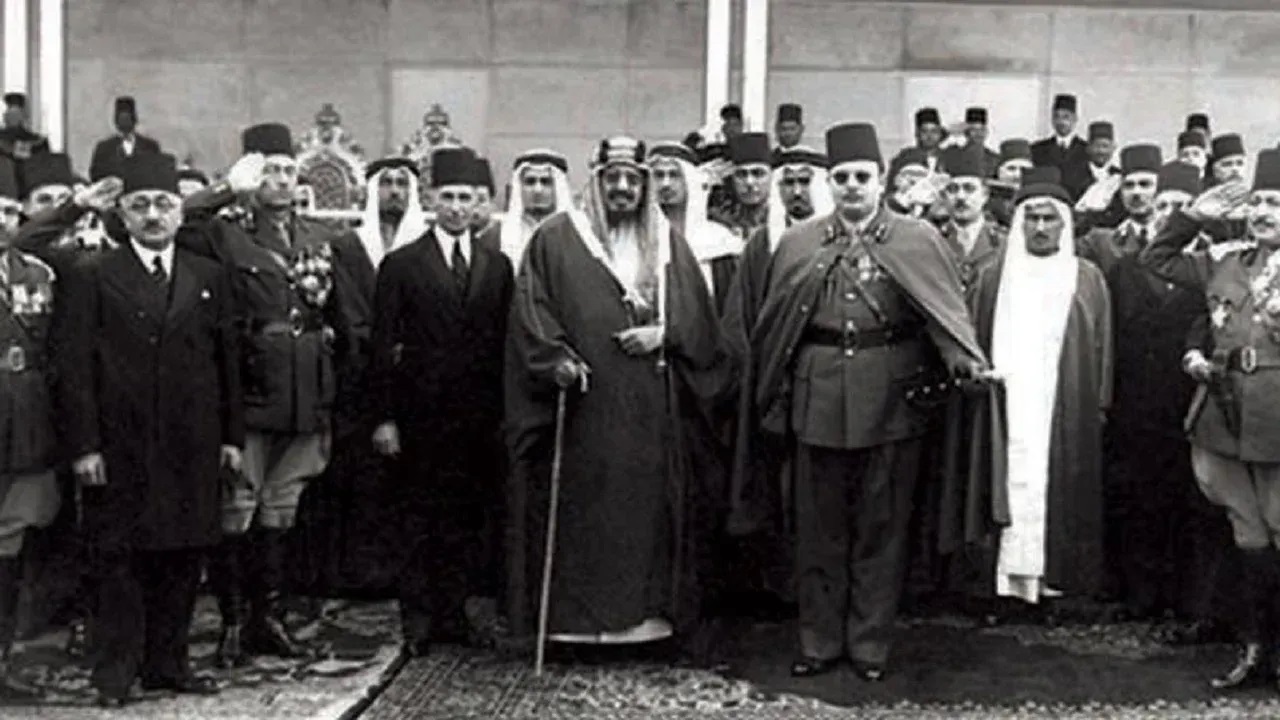 On the occasion of Saudi Arabia's celebrations of the Kingdom's 91st National Day, which falls today, Thursday, the journalist writer Dr. Abdullah Al-Madani told the story of the verses sung by the late Egyptian artist Umm Kulthum on the occasion of the visit of the late founding King Abdulaziz to Egypt.

In a video clip of the "Ya Hala Bal Arfaj" program on the "Rotana Khaleejia" channel, Al-Madani narrated the details of the story of five verses that Kawkab Al-Sharq, the late Egyptian singer Umm Kulthum added to her song "Salwa My Heart" on the occasion of the visit of the late founder King Abdulaziz to Egypt.

Al-Madani said: "On the occasion of the founding king's visit to the Egyptian Kingdom in January 1946 AD, the musician Mohamed Abdel-Wahhab sang a special song composed and written by the poet Saleh Jawdat, the beginning of which is: (O Rafie Al-Taj from the House of Saud... Today is the most beautiful day of existence... The procession of goodness from the future house He came wandering over the happy Nile.)

Al-Madani added: “This song encouraged Mrs. (Umm Kulthum) to follow the example of (Abdul Wahab), and she was enthusiastic and she also sang five verses from the words of the poet Muhammad Al-Asmar, composed by Riyad Al-Sunbati, and added it to her well-known song (Silwa Albi) from the words of Ahmed Shawky, and the Egyptian radio performed Broadcasting the song during the ten days of the royal visit to Egypt.

And Al-Madani continued, by saying: "Why were the five verses added to the song of Umm Kulthum specifically? .. Because (Shawqi) wrote it in the city of the Messenger (may God bless him and grant him peace), and then added to it enthusiastic verses about Muslims, their conquests, their glories, and their ancient civilization, which was consistent with a visit The founder went to Egypt,” according to the Saudi newspaper Al-Marsad.

Al-Madani pointed out that “the five verses say: (How can Anat get them when two kings are satisfied with them, rather they are tamed by Taba? If Al-Faruq in the name of God called out, Abdul Aziz saw that they responded.. Abba.. If the lions of the East unite, their Arabness will be glorified, and the East will become a desert.”

Al-Madani concluded, by saying: “In truth, Umm Kulthum was successful in the way of adding the five verses to the poem (Silwa my heart), as she chose a place for it that does not affect the unity of the poem, but rather suggests its relationship to what preceded it. The damage is a joint and a napa).”

He confirmed that Umm Kulthum succeeded in choosing the words that fit the song and the occasion related to King Abdulaziz's visit to Egypt.

On September 23 of each year, the Kingdom of Saudi Arabia celebrates the Kingdom's National Day, and it witnesses great celebrations at the popular and official levels in the Kingdom.