Tensions between France 2 and BFMTV, which clash with political debates

France 2 and BFMTV both broadcast a political debate on Thursday evening. Valérie Pécresse in front of Gérald Darmanin on the public service, Jean-Luc Mélenchon in front of Eric Zemmour on BFMTV. A face-to-face of political debates which for some would not be a coincidence of timing. This dual political programming annoys France Televisions. 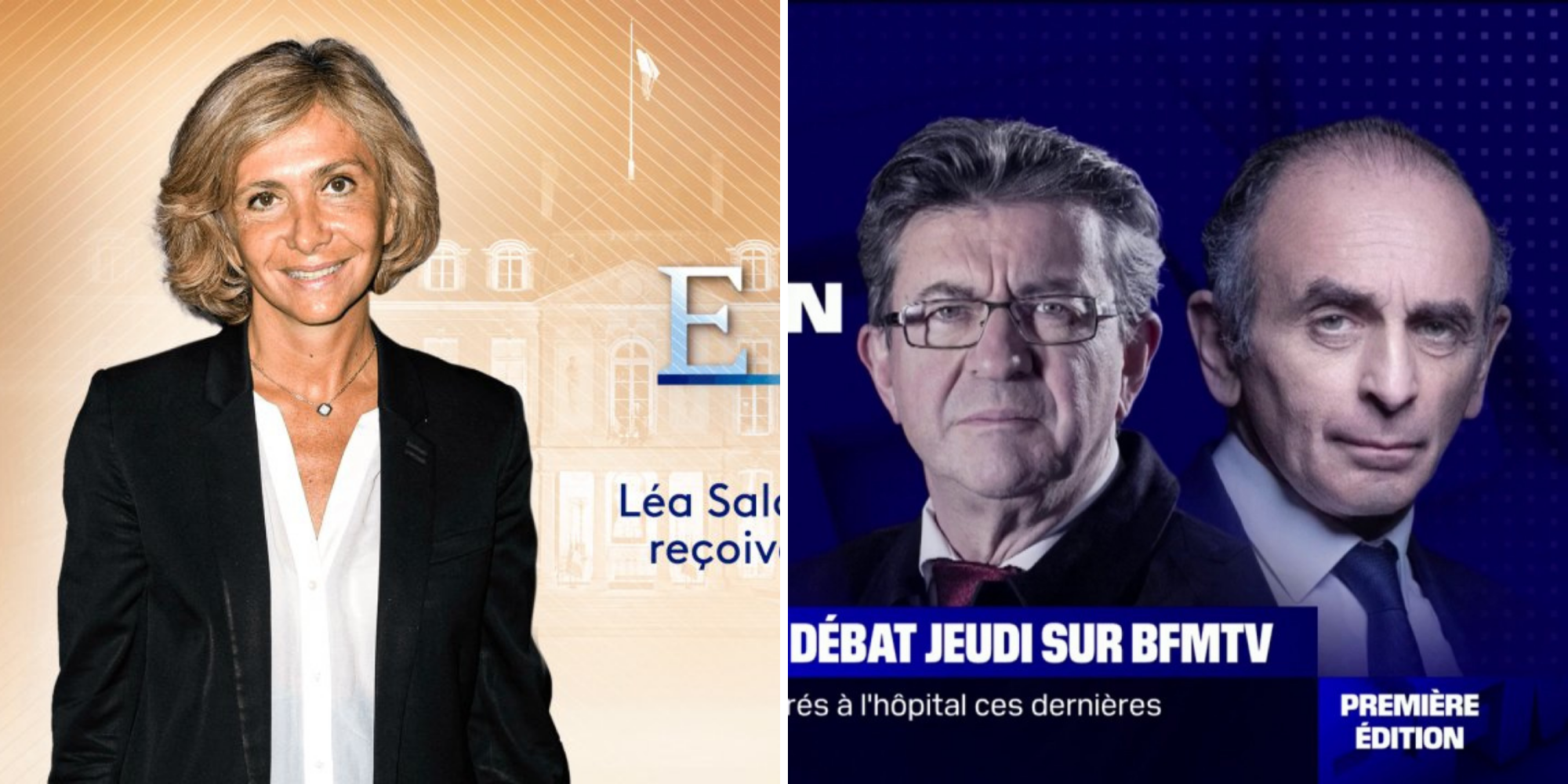 France 2 and BFMTV both broadcast a political debate on Thursday evening.

Valérie Pécresse in front of Gérald Darmanin on the public service, Jean-Luc Mélenchon in front of Eric Zemmour on BFMTV.

A face-to-face of political debates which for some would not be a coincidence of timing.

It is a real battle of political debates which is played out Thursday evening on television.

On the one hand, France 2, which is launching its new political season with its

The candidate will then debate with Gérald Darmanin, the Minister of the Interior.

On the other hand, BFMTV is organizing a debate between Jean-Luc Mélenchon and Eric Zemmour.

The two political programs will therefore face each other at the same time.

"The idea was not to be in counter-programming"

If the date of the broadcast of France 2 has been official for several weeks, BFMTV announced the holding of its explosive debate last Sunday only. A choice of programming perceived as a low blow by the public service.

"We did not settle against France 2. We settled in the day that seemed the most interesting for us", defends himself at the microphone of Europe 1 Marc-Olivier Fogiel, CEO of BFMTV.

"Thursday is our privileged day for doing politics: all our political broadcasts have so far been made on a Thursday. The idea was to mount this debate as quickly as possible, since it was Jean's wish. Luc Mélenchon. He was the one who was available on Thursday, and it turns out that he was also the one France 2 had chosen for his political show. But the idea was not to be in counter-programming. Both emissions will be complementary. "

An idea born on social networks

reports another story: Jean-Luc Mélenchon would have imposed this date.

A snub to France 2, because the tribune should have been the first guest of their political show but the negotiations would have gone badly.

But it was not Jean-Luc Mélenchon who asked BFMTV to discuss with Eric Zemmour.

"Last week, I saw on social networks that Jean-Luc Mélenchon and Eric Zemmour proposed to discuss together", explains Marc-Olivier Fogiel.

"I spoke with everyone to see to what extent BFMTV could receive them. Eric Zemmour being at the time still on CNews, the fact that the debate was on neutral ground pleaded in our favor."

After meetings with everyone's teams, the channel noted that the debate would take place in two parts: a first on security, international relations and immigration, and a second on the social divide with the purchasing power program, ecology and social policy.

In addition, BFMTV will offer live fact-checking to verify the figures and information put forward by Jean-Luc Mélenchon and Eric Zemmour.

It will therefore be Thursday evening at 8:45 p.m. on BFMTV.

The public channel has deprogrammed its daily soap opera

to follow after the newspaper and try to retain its millions of viewers.