Dawit Isaac's daughter: "Think and hope I get to see dad again"

It is 20 years since the Swedish-Eritrean journalist Dawit Isaak was arrested in his home and imprisoned in Eritrea. - It is an incredible sadness but for me the hope lives on. I hope and believe that I will see my father again, says his daughter, Bethlehem Isaak, when she visits the Morning Studio on Thursday. 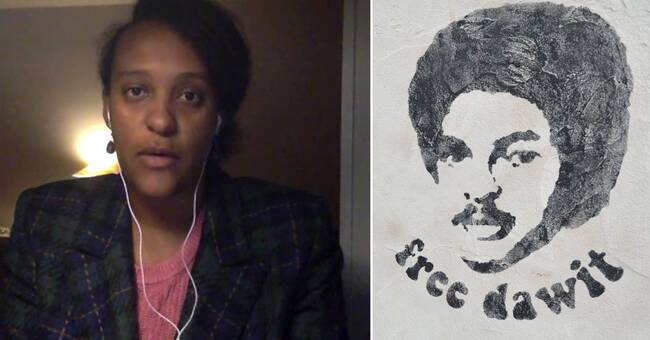 On September 23, 2001, journalist and author Dawit Isaak was arrested at his home.

He has currently been imprisoned in Eritrea for 20 years, without charge or prosecution.

- I remember that it was a normal Sunday and that the two men knocked on our house.

Then these men came and ate regular breakfast with us.

And then half an hour, 45 minutes later he went with them, Bethlehem Isaac says.

The latest signs that Dawit Isaak is alive came a year ago.

The UN Special Rapporteurs on Human Rights announced that they had received "credible information" that he had been seen alive.

I believe in the information, says Bethlehem Isaak.

Hear Bethlehem Isaac talk about the hope of seeing his father again in the clip above.