On Thursday 23 September, the new state museum Vrak - Museum of Wrecks, opens at Djurgården in Stockholm. The cultural news was given a preview at the museum, which has the task of showing what is on the bottom of the Baltic Sea.&nbsp; 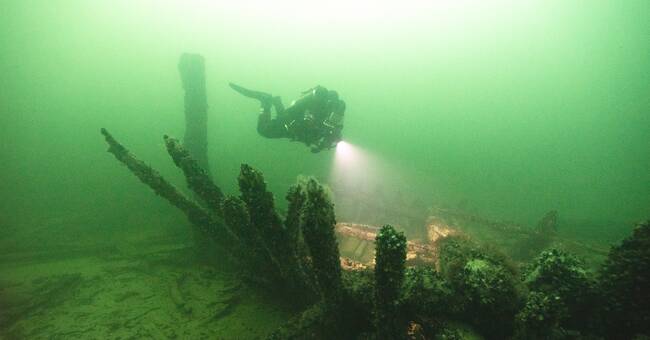 - In the past, we have found shitty exciting things when we dive - things that are medieval, from the 17th century, or the time of great power.

But we have had big problems conveying the cool feeling we feel when we dive into people who can not come down.

It is only now with this new museum that we can move the stories from the seabed and be able to show them, says Jim Hansson, marine archaeologist at Vrak.

The Baltic Sea a unique environment

Most of the objects on the Wreck are not genuine - instead, the visitor sees recreated copies, 3D animations and photographs.

The reason is that the special water and bottom sediment of the Baltic Sea preserve the objects better than we can do on land.

- The unique thing about the Baltic Sea is that it is an oxygen-poor environment.

It is brackish water, we have no shipworm (a kind of mussel that destroys wooden wrecks, editor's note).

So the wrecks are so intact at the bottom.

There is no equivalent in the whole world, says Susanna Allesson Nyberg, curator at Vrak.

The exhibitions contain stories about several known and unknown wrecks - such as the Traveling Man, a ship that sank in 1660 but was not discovered until 2012. But here is also a piece of a broken hinge ear from the bow visor on the passenger ship Estonia.

- We also have an alarm clock that a survivor put in his pocket at the first real heeling.

He survived and donated the watch to us.

But it has stopped at a certain time.

So it is a strong object, says Susanna Allesson Nyberg.

- It is important to bring Estonia.

The simple explanation is that it is an event that has affected many people around the Baltic Sea.

It is an important part of the history of the Baltic Sea.

It is also something that now, quite a long time after it happened, risks falling into oblivion, and we do not want that.

It is an important historical event that we should remember, says Odd Johansen, museum director.