Volcanic alphabet: from magma to pyroclasts, all the words to understand the La Palma eruption

This Sunday the Cumbre Vieja volcano erupted and with the catastrophe came the words impossible to decipher. Volcanic, geological and technical concepts are part ... 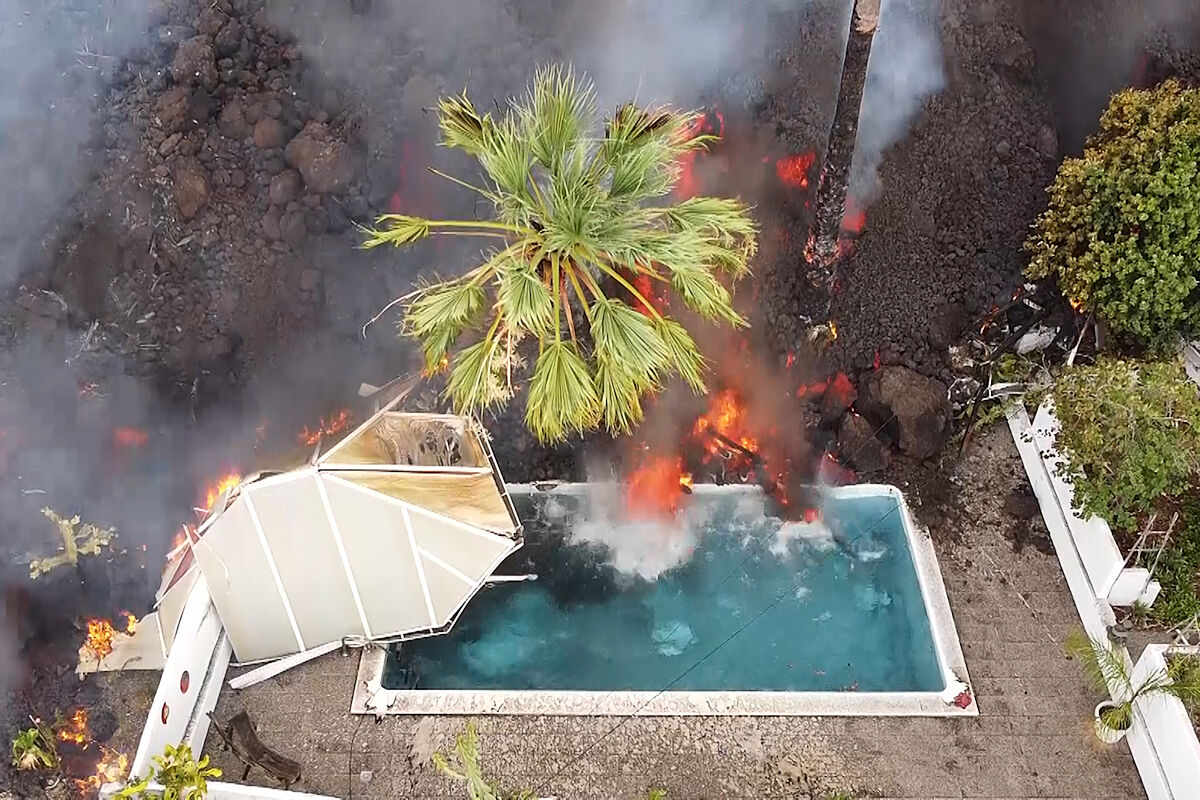 This Sunday the Cumbre Vieja volcano erupted and with the catastrophe came the words impossible to decipher.

are part of the last hour of what happens on La Palma.

Here are some of the keys to understanding what is happening.

An active volcano is considered one that has erupted in the last 10,000 years and that could develop some eruptive activity at some point.

Currently most of these formations are considered active throughout the world.

It is about the emission of materials from the interior of the earth's crust to the exterior.

It is usually an abrupt and violent process, through which different volcanic products, lava and gases are expelled.

The danger of an eruption depends on its typology, which can be Hawaiian, Strombolian, Vulcan, Pelean or Plinian.

difference between magma and lava

The only difference lies in the surface where the material is located.

When talking about magma, experts are referring to the molten rock that is found under the earth's surface;

that happens to be denominated lava when it goes out to the outside in the form of fluid liquid.

The type of lava and its consistency will also depend on the eruption.

River of flowing lava that runs down the slope of the volcano.

In less explosive eruptions it is more common to see these concentrations of lava that make their way throughout the territory, in the case of La Palma to the coast.

In Strombolian volcanoes this material can travel more than 12 km without becoming solid due to its temperature (1000 ºC).

Volcanic typology that owes its name to the Stromboli volcano, located in the Aeolian Islands (Tyrrhenian Sea).

It is characterized by eruptions in rhythmic explosive phases, with alternating periods of calm and activity.

They tend to present a low level of danger, since they are not excessively explosive or present large lava flows.

The intermittent nature of these volcanoes means that the eruption can be delayed in time.

They are igneous rocks like lava, but they are solid.

They are incandescent fragments expelled from the belching spine.

Depending on the size with which they go outside, they are classified into ash (less than 2 mm in diameter, they can be microscopic), lapilli (between 2 and 64 mm) or block (from 64 mm).

Accumulation of gases and pyroclasts that rises vertically above the center of the volcanic emission.

It can reach heights of 5 to 40 km and reaches its maximum exponent in explosive type eruptions (such as the Vulcan or the Plinian).

Building is called the accumulation of volcanic products (fluid lavas, lapillis and ashes) due to the succession of eruptive episodes.

These have a conical shape, can have different heights and are located around a central orifice or eruptive mouth, which will function as an outlet conduit for the materials.

The more that are created and the larger the size, the more powerful this output will have.

These are mostly water vapor, but they are also made up of carbon dioxide, sulfur dioxide, hydrochloric acid, carbon monoxide, hydrofluoric acid, sulfur, nitrogen, chlorine, and fluorine.

Although they are quickly diluted, they can be permanently concentrated in some areas, posing a high risk to the people and animals that inhabit these territories.

If they are mixed with drops of water they can generate acid rain.