The volcano of La Palma, about to engulf the town of Todoque

The lava from the Cumbre Vieja volcano on La Palma devastates everything in its path. After the opening of a new mouth last night, which caused more evacuations, the lava has continued its ... 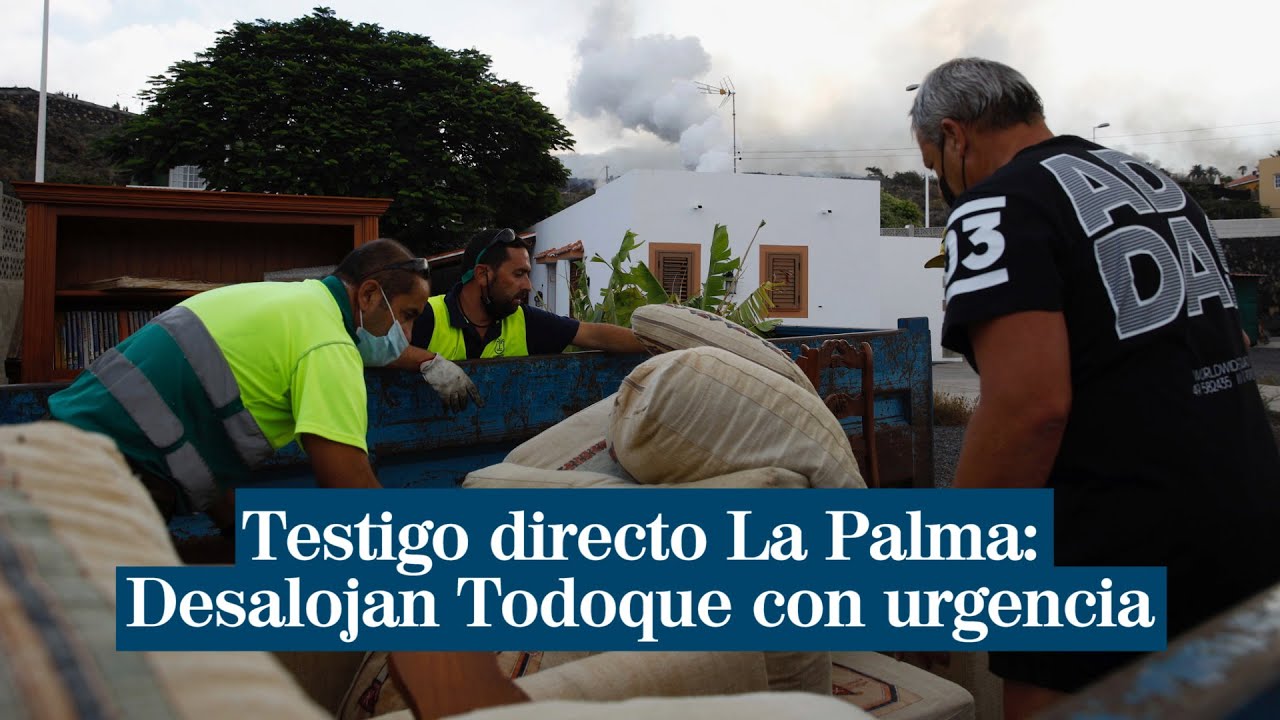 sweeps away everything in its path.

After the opening of a new mouth last night, which caused more evacuations, the lava has continued its way towards the sea.

A road in which the town of

, about to be destroyed by the volcano.

It is a matter of hours before it disappears.

The lava tongue is about 50 meters from

The ashes do not stop falling and the neighbors are rushing the last minutes to retrieve all the belongings they can before leaving them in a garage.

I don't know if it's worth risking your life to save your furniture,

, who tries to save everything he can from his house before he washes it. gobble up.

At the moment, the lava launched by the

that began on Sunday on the Canary Island of

covers 103 hectares of land and has so far destroyed 166 homes and other buildings, although, according to the president of the Cabildo de

, Mariano Hernández, if this route continues, the number of houses destroyed could "double and even triple."

"The authorities are extremely concerned about the situation on its way to the coast, which is very close to a neighborhood with a population of over a thousand people, in

The volcanic eruption began last Sunday with two fissures about 200 meters apart, but last night a new eruptive mouth emerged in the vicinity of the town of

, which has forced evacuations to expand, reports 112.

So far the people evacuated from their homes were about

According to the information received by the

(Pevolca), the new mouth of the volcano has been opened about 900 meters from the main one, for which the population has been asked to also move away from that place.

ScienceThe questions of the volcano: What is going to happen now on La Palma?

Is this eruption going to make Teide active?