Despite the difficulties that accompanied the fifth session of the Arab Reading Challenge, in light of the Corona pandemic, the student Abdullah Abu Khalaf succeeded in winning the title, among 21 million Arab students from more than 52 countries, during the closing celebration that was broadcast the day before yesterday, and was followed by millions in home 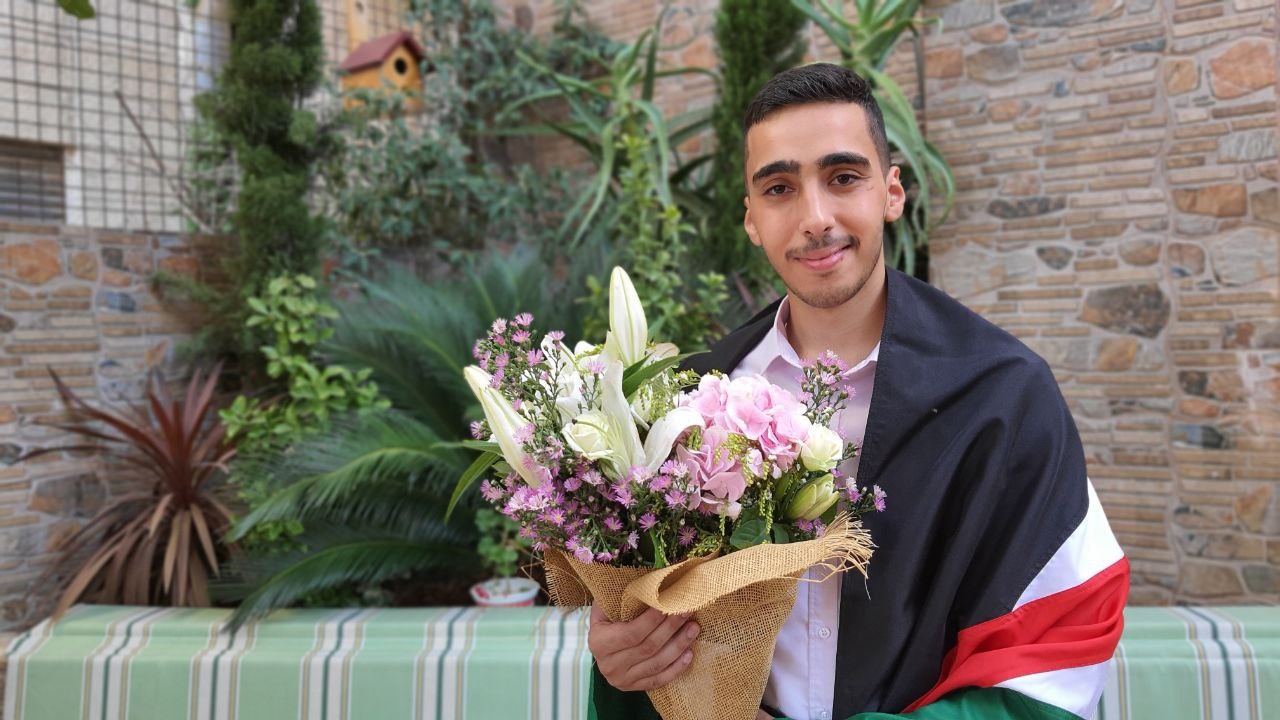 Despite the difficulties that accompanied the fifth session of the Arab Reading Challenge, in light of the Corona pandemic, the student Abdullah Abu Khalaf succeeded in winning the title, among 21 million Arab students from more than 52 countries, during the closing celebration that was broadcast the day before yesterday, and was followed by millions in The Arab world and the world.

At the beginning of his dialogue with Emirates Today, the Jordanian student admitted that the experience of the Arab reading challenge in light of the Corona pandemic was very competitive, as the committee judged students through video interviews, as well as via the Internet.

He indicated that he participated in the fourth session of the Arab Reading Challenge, but he was not lucky to win, and returned in the fifth session with more determination, pointing to the many challenges that accompanied the last session of the "Challenge", as it required other skills, and a specific style of presentation. And book presentations remotely.

Among the other challenges that Abdullah faced during his participation also was the balance between participating in the Arab Reading Challenge competition and studying it, as he was in the last academic year of high school, considering that he was able to win thanks to the arrangement of priorities and the organization of time.

Abdullah Abu Khalaf's journey began with reading since he was nine, and the beginning was with the Holy Qur'an and religious books, until he sailed into various fields of reading.

The champion of the reading challenge tends to books that examine the time stages in which human thought has developed, and these are the stages in which revolutions occurred, whether industrial, economic, technical, or cognitive. The books are among the best he has read, including “The Continuing Biography,” “Renew Your Life,” and other titles that left an impression on him.

He considered that the late Muhammad Al-Ghazali was one of the writers who influenced him the most. Abdullah’s upbringing was religious in the beginning and then he opened up to the general culture, and this is what Al-Ghazali lived in his beginning with Al-Azhar Al-Sharif, and then his openness to other fields, as he was always when dealing with any topic there Areas of agreement between the legitimate discourse, and the most prominent human thought in the world, and this is a renewal thought, in the words of the hero of the “Arab Reading Challenge.”

Abdullah Abu Khalaf explained that the “challenge” differed greatly before and under the Corona pandemic, as participation in the shadow of Corona included many changes and challenges, including talking from a distance with the committee, which may reduce the impact that the student leaves in the committee.

He believed that the new technologies facilitated the competition, and that the Ministry of Education in Jordan supported the students by providing all communication networks, which was a distinguished experience.

The champion of the "Arab Reading Challenge" praised the moral and guiding support he received from the parents in the first place, along with the school, noting the role of the supervisor who directs the student to distinguished titles.

Abdullah completed his secondary education, and aspires to specialize in human medicine, indicating that he will try to invest the prize money in his education if he does not receive a scholarship.