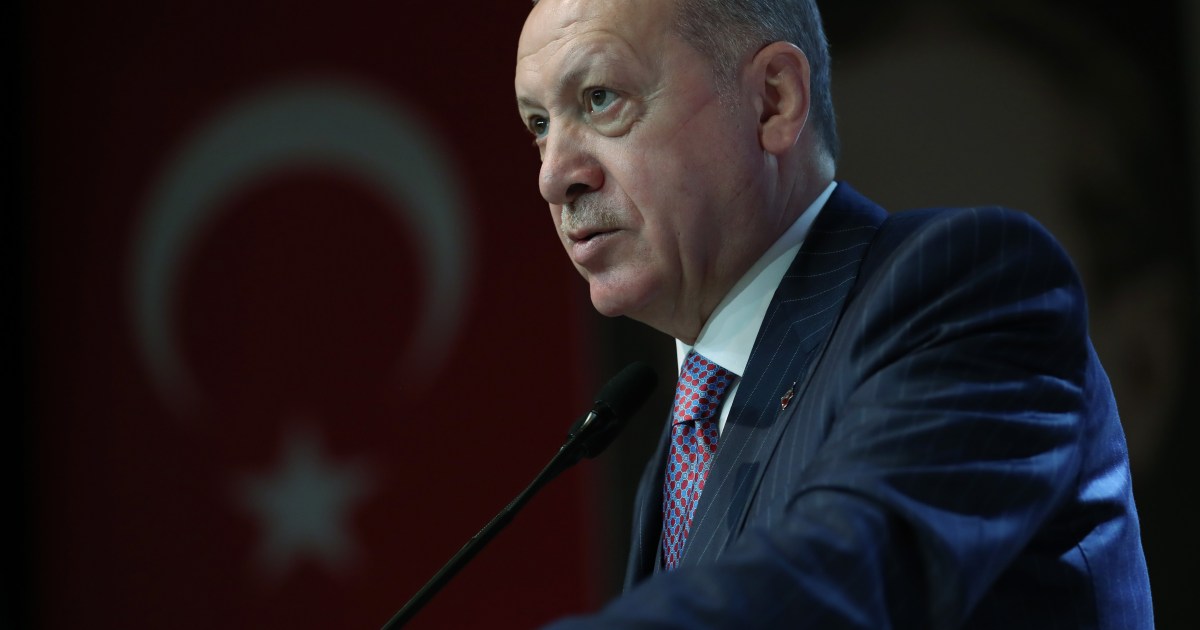 There are many indicators - the most important of which is the analysis of social media messages - confirming that President Erdogan has become very popular in the Islamic world, and that the Islamic peoples are looking forward to his role as a leader who has been able to achieve many goals, the most important of which is increasing the hard and soft power of Turkey, and that the power Turkish can form the basis for the power of the Islamic world.

Despite the hostility of the media affiliated with the authoritarian regimes in the Arab world, and their attempt to distort his image, he was able to build a positive image of himself and his state. General pro-state abroad.

In this way, the diplomatic function of the head of state and his role in building soft power can be developed.

Turkish President Recep Tayyip Erdogan says that our world has many conflicts for many years, so we need new paths opened by the art of diplomacy to reach peaceful solutions to problems. You cannot shake hands with a clenched hand, and the best way is to try to open the fist using diplomacy.

A comparison between the role played by Erdogan and the role played by Trump can reveal to us the importance of the head of state's adherence to principles and values, and his ability to express them. Erdogan has built his speech for many years on the principles and values ​​that Turkey cherishes, and emphasizes its historical and humanitarian role.

As for Trump, he has stated that he is not interested in soft power, and that he uses hard power to achieve America’s interests without being bound by principles and values. Therefore, hostility to America has increased in all countries of the world, and people have viewed it as a country that plunders people’s wealth, and supports dictatorial regimes that subjugate their peoples to impose dependency on America, and that they have abandoned democracy and human rights, and do not care about their humanitarian role.

In opening the Antalya Diplomatic Forum - which was held on June 18-20, 2021 - Erdogan used a new concept that could form the basis for the development of international relations and the foreign policy of countries, which is the concept of "innovative or creative diplomacy", saying that the world is changing rapidly, so we must develop Our diplomacy, our international relations, and Turkish diplomacy are based on historical knowledge and experience, and at the same time it derives its strength from the ability to react to changing circumstances.

Therefore, he looks forward to the Antalya Diplomatic Forum becoming a center for global diplomacy, where the messages of dialogue, friendship and cooperation that we will send in it will turn into waves that spread across our region and the world.

Turkish President Recep Tayyip Erdogan says that our world has many conflicts for many years, so we need new paths opened by the art of diplomacy to reach peaceful solutions to problems. You cannot shake hands with a clenched hand, and the best way is to try to open the fist using diplomacy.

At the opening of the Antalya Diplomatic Forum, the Turkish president added that the world needs a diplomatic vision based on the analysis of global changes, and offers solutions for the future that accommodate historical knowledge.

what does that mean?

Building international relations and alliances in the future must be based on the link between the past and the future. The relationship between them is so strong that it is impossible to imagine building an alliance that ignores history and does not achieve progress, development, mutual interests, common understanding and dialogue among peoples, and heads of state can play an important role in building relations. International when they set out from their vision of the future based on the understanding and assimilation of historical knowledge, and the head of state can perform an important function in building his state's future diplomatic vision.

The Turkish president added that the Corona epidemic showed the inability of the international community to manage the devastating effects of this epidemic, the most important of which is that it deepened the sense of injustice and the gap between the rich and the poor, as the UN Security Council left our brothers in Africa, Asia and Latin America to their fate.

However, before we proceed to portray Erdogan’s diplomatic vision, we must mention that Turkey played a humanitarian role that inspires all peoples in providing relief and humanitarian aid during the Corona crisis, and was thus able to build a positive image of itself, so the Turkish President’s reference in the Antalya Diplomatic Forum was to The importance of participation and cooperation to confront the epidemic.

It is clear that he presented his vision without referring to the humanitarian aid provided by Turkey. He left the work to clarify the picture, but he referred to the concept of humanitarian foreign policy, a concept that can contribute to building the soft power of states.

Turkey hosted 4 million refugees, provided humanitarian aid to more than 5 million people outside its borders, worked to return 430,000 Syrians to their land, and built homes for them in Idlib.

In his speech, the Turkish president indicated that the world did not help Turkey in confronting terrorist organizations, despite it bearing the burden of hosting refugees.

The Turkish president added that he is working to transform the Mediterranean region into a region of peace, prosperity and cooperation, and therefore called for holding a conference for the eastern Mediterranean, because the energy resources in this region could lead to confrontation or cooperation.

He pointed out that Turkey will be at the forefront of confronting Islamophobia and cultural racism, which has reached dangerous levels, and that it will open up prospects for diplomatic work with Asian and African countries. Therefore, Turkey held the Turkish-African Partnership Summit in 2008 and 2014, and the President visited 28 African countries, and was the first president to visit Somalia in 2011, which was facing a humanitarian crisis.

When the Justice and Development Party government expressed its ambition to become a global power, the retired Turkish ambassadors criticized this trend, as well as giving religion great importance in Turkish foreign policy, but the president managed to achieve a soft power for Turkey that contributed to turning it into a global power.

Turkish researcher Murat Ulgul says that Erdogan is the Turkish leader most interested in personal diplomacy. He has confidence in his personal capabilities, and he is a strong leader who can influence leaders of other countries and the international political environment, and he bears the responsibility to confront domestic and international problems.

Therefore, diplomacy is linked to the leadership's strength, legitimacy, ambition and vision to build the country's foreign relations.

Erdogan has been able to interact with heads of state to come up with solutions to problems, conduct direct talks, and open channels of communication with world leaders, and these contacts have succeeded in achieving Turkey's goals.

In the face of Israeli aggression

The positions of Turkish President Recep Tayyip Erdogan in the face of the Israeli aggression on Gaza affected public opinion in the Arab world, and this led to an increase in admiration for him and for the Turkish role. countries to support the Palestinian people.

Erdogan described the Israeli attacks on Gaza and Jerusalem as terrorism that the world must mobilize to confront, and take practical steps to support and support the Palestinian people, and protect Palestinian civilians, thus enabling Turkey to increase its soft power in the Islamic world, and this shows the importance of presidential diplomacy, and that it can contribute to building Long term relationships with peoples.

Therefore, the future can carry many challenges that impose on the Arab and Islamic countries an alliance with Turkey as the strong country in the region, which can help these countries achieve progress, and the peoples are looking forward to the Turkish model, and this led to Erdogan becoming more Presidents are popular in the Arab and Islamic worlds.

Therefore, a study of Erdogan's experience can constitute a development of the role of the head of state in shaping a public opinion that contributes to achieving the country's foreign policy goals, building its soft power and the role of presidential diplomacy in developing international relations.