Netflix became a big winner at this year's Emmy Gala when the streaming service won more awards than any other platform. The series that took home the most awards was "The Crown" with seven pieces. 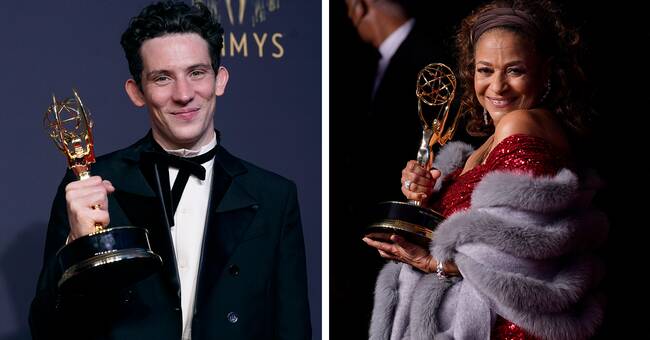 Netflix has every reason to be happy when this year's Emmy statuettes were summed up.

After Monday night's live gala, the American streaming giant was able to state that it had won 44 this year, which is close to CBS 'record from 1974.

- I think yesterday was historic in many ways, says Bela Bajaria, Netflix's global TV manager, according to the magazine Variety, and continued:

- To touch CBS 44 profits from 1974, when there were three television networks (in the US), is historic.

"The Crown" which swept all seven drama series categories was historic.

It was a historic night for streaming, to win drama, comedy and miniseries, she says.

The New York Times describes this year's Emmy Gala as a recognition of a profound shift, from 20th-century TV channel zapping to 21st-century clicking and bulk viewing via streaming services.

The gala's big winner was "The crown" with seven awards, including four actor awards, as well as statuettes for script, direction and best drama series.

By then, the series had also previously received a lot of awards at the pre-galas.

Apple's streaming service was also one of Monday night's big winners, with the success of the comedy series "Ted Lasso", while the miniseries prices were basically split between HBO's "Mare of Easttown" and Netflix's "The queen's gambit".

This is the first time that Netflix has won more Emmys than any other platform.

In addition, they beat the closest competitor HBO, who had to settle for 19 statuettes.

This year's live gala with Cedric the Entertainer took place in contrast to 2020 with stars in place, and was seen by 7.4 million viewers, which is 16 percent more than the 2020 record low figures.