Briton Doran Bender, 49, who was living the worst days of his life, bought an old and dilapidated house for the purpose of investing and saving the future of his bankrupt family. 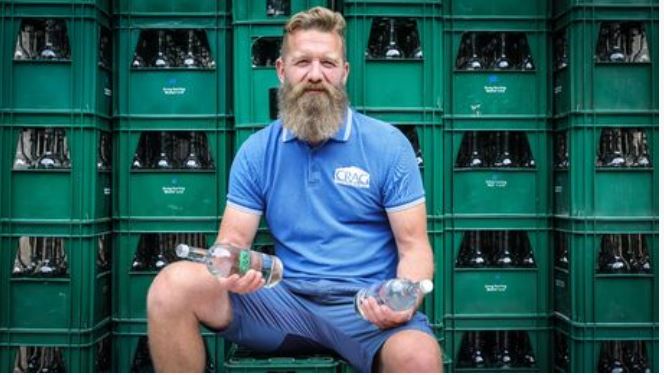 Briton Doran Bender, 49, who was living the worst days of his life, bought an old and dilapidated house for the purpose of investing, and saving the future of his bankrupt family, only to discover during renovations that this place was built on a spring of water that was classified as one of the purest waters in the world.

Doran, who was reluctant to buy the property, said due to its poor condition, and his family considered the move an uncalculated adventure and a bit of madness, but Doran took the step and made the purchase, and with the start of the restoration work Doran had to make workers dig more in the foundations area to support it, to begin The water is trickling out in an uncontrollable way.

The news was a disaster because this flowing water will cause the cancellation of his entire project, but with the arrival of some experts from the municipality, they discovered that this water is nothing but a spring of water from the purest water in the world, and soon the matter turned from a curse to a blessing, as it collapsed on the rotation of investment contracts from Dozens of local and international companies from India, China and the United States accepted, especially since the reservoir of the water spring and its flow are enough to fill tens of thousands of bottles daily, and the headline of the British newspaper "Mirror" "British sitting on a treasure of liquid gold"

Duran refused all the investment offers that were presented to him despite their largeness, and decided to work with his hands to fill water bottles and established his own production line directly, and proceeded to convert the hotel into a water factory, using only glass bottles that are washed and refilled when returned, and his product is popular A great fortune enabled him to achieve a rapid wealth that grows and grows continuously, as he is, as the newspaper said, “a scoop of liquid gold.”