The White House has announced that it will revoke the ban on entry into the country for citizens of 33 countries, including all of the European Union and Great Britain. 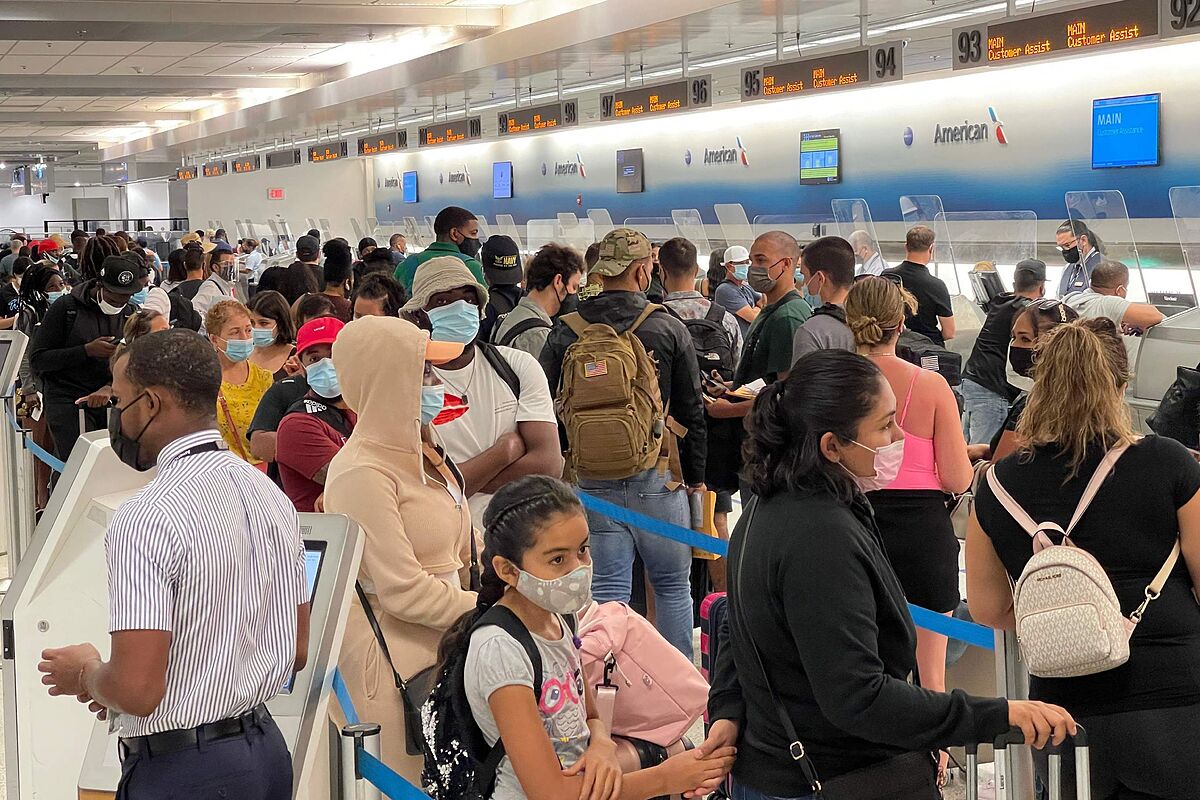 The White House has announced that it will

, including all of the European Union and Great Britain.

and prove that they are not carriers of the virus. Although there is no official statement, the

US may not recognize those vaccinated with AstraZeneca

The measure has been announced just on the eve of the opening of the UN General Assembly, in which European countries were going to ask Washington to lift restrictions, and it comes when

NATO's European partners do not hide their discomfort

over the decision of Joe Biden's government to withdraw from Afghanistan without informing them, and with France launching all kinds of complaints after being excluded from AUKUS, the military pact against China by the US, Great Britain, and Australia created last week.

The new norm introduces certain logic in a regulation to combat Covid-19 that has been characterized by chaos. In March 2020, then-President Donald Trump announced the

any of those countries. Paradoxically, the US has never closed its borders to, for example, Mexico, one of the countries hardest hit by Covid-19.

No less striking is that

in the US the vaccination rate is barely 55%

, when in many European countries it is around 70% or even exceeds that proportion, as is the case in Spain. The reason is that

, and in several states controlled by that political formation, such as Florida, Texas, Mississippi, and Arkansas, the use of masks has been limited by law.

The new regulations, in line with those of the EU, will give a

respite to the US hotel sector

, badly hit by the entry ban established 18 months ago.

The problems have been especially intense in cities like

, whose hotels receive a large number of Europeans.

The US is the country in the world that receives the highest number of tourists a year.

Foreign Aznar's prediction: "We are going to pay dearly for the surrender to the Afghan Taliban"