The eruption that had been feared for days on La Palma occurred this Sunday at 3.15pm. With a strombolian-type eruption (by the Stromboli volcano), ... 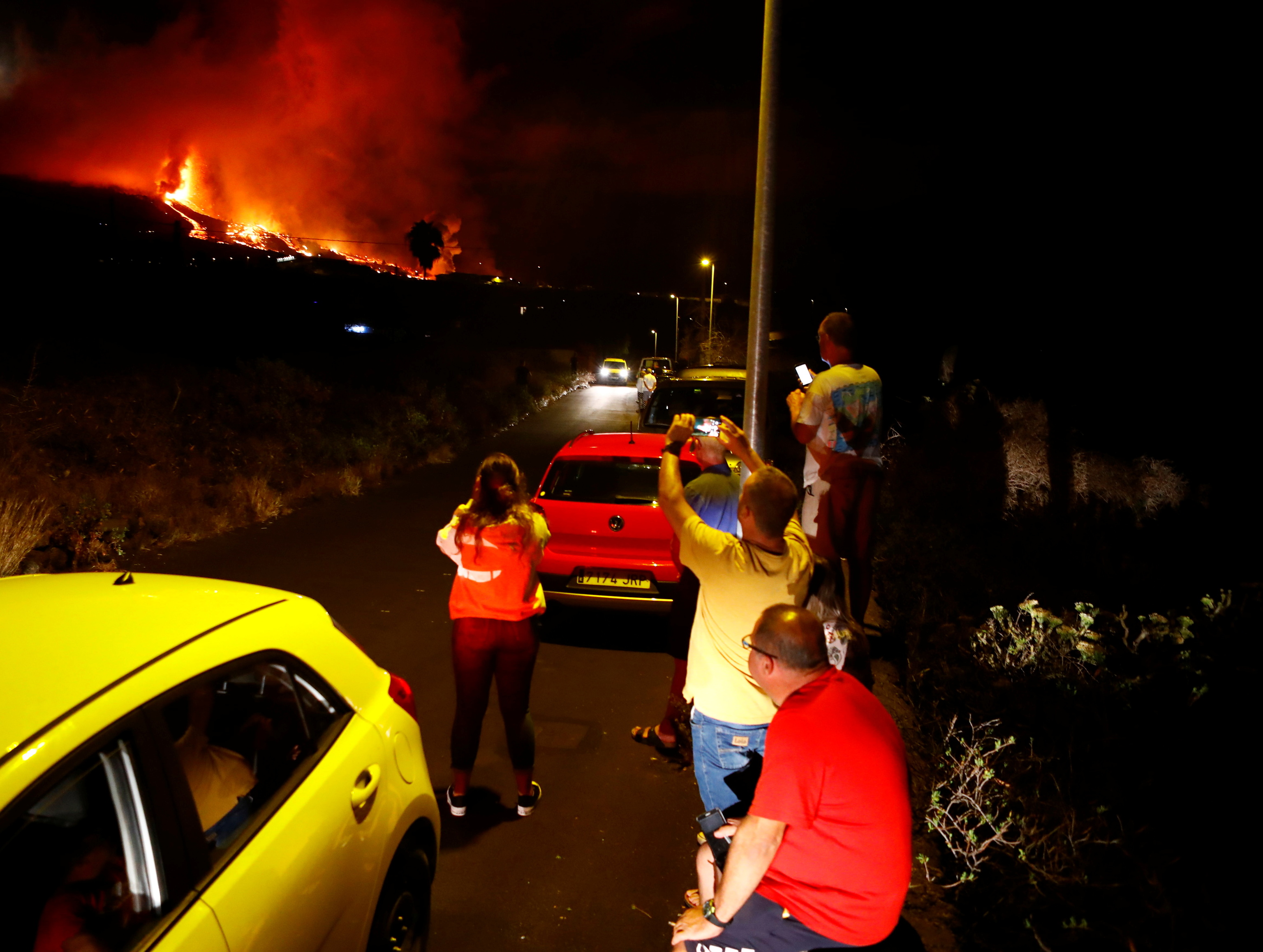 The eruption that had been feared for days on

occurred this Sunday at 3.15pm.

With a strombolian-type eruption (by the

characterized by explosions alternated with periods of calm,

began to eject tons of lava through eight mouths and two fissures separated by 200 meters from each other.

In the municipalities closest to

residents were already alert after experiencing thousands of small earthquakes in a few days, in what geologists call a seismic swarm that made people fear that the lava was rising to the surface through the chimney of the volcano.

In little more than a week, some

Finally, a few hours after the eruption began, numerous experts explained that the advance of the lava, not excessively fast (about 700 meters per hour), as well as the orography of the terrain, suggest that

the lava flows are heading to the sea

and that will not cause great damage to populations.

However, it is very likely that

as the area has a lot of vegetation.

Involcan (the Volcanological Institute of the Canary Islands)

had already been evacuated

due to the risk that the lava would leave them incommunicado.

In addition, 50 people with reduced mobility were transferred to the

cared for by the medical teams, with the support of the

In addition, the Canarian Government requested the intervention of the UME.

The battalion of this military unit in

left on a ship for La Palma around 9:30 p.m. to join the emergency device.

In the next few hours, evacuations are expected to reach several thousand residents.

The Civil Guard, for example, began to evacuate the population from the beginning of the evacuation of the neighborhoods of

belonging to the municipalities of

in anticipation of the advance of the lava tongue.

The Armed Institute estimated that

The Ministry of Education, Universities, Culture and Sports of the Government of the Canary Islands announced that it is

in all educational centers in the municipalities of El Paso, Los Llanos de Aridane and Tazacorte as a result of the eruption.

What was still open last night was the airspace, according to the public company Enaire, which still recommends being aware of the latest news and contacting the airline with which you plan to travel to the island.

"It hallucinates me and at the same time gives me a lot of fear,"

one of the neighbors evacuated in Los Llanos de Aridane,

EFE, aware that she is witnessing "an incredible spectacle, which gives panic."

The level of alert to the population, the so-called "traffic light"

went from amber to red

in just a few hours, and thus remained at the maximum alert level, which is the one that warns the population that there is a real risk to she.

In an eruption like this, as explained by the

the explosive part is not very important and the

(incandescent rocks that shoot out) that is observed will accumulate in the exit area.

problem may be the gases

that escape with the magma and that can be derived from sulfur and CO2, the latter of which is not noticeable, but can

resident of Los Llanos, who lives a few kilometers from the place of the eruption, explained to EL MUNDO that "the situation at the moment is less serious than what is seen on television, because

years ago, and it is on its way to the sea without going through towns ".

According to him, "it is an area of ​​badlands where almost nothing has been built, and for that reason there are hardly any chalets, some wineries and some wooden barracks almost on the sea."

He and his family

have not yet been told to evacuate.

The President of the Government, Pedro Sánchez, decided in the afternoon to postpone his planned trip to New York and traveled to the island of La Palma to learn first-hand about the situation caused by the Cumbre Vieja.

Shortly before midnight, the presidents of the town hall of La Palma,

and of the Canarian government,

went out with Pedro Sánchez in his appearance.

They announced that at the moment no more evacuations are foreseen, and explained that the lava has already affected eight houses and worries the advance towards the coast.

"My presence compromises the support of the government of Spain to replace all the material losses that may occur," said Sánchez, who has asked the citizens of La Palma for reassurance.

This Monday he will remain on La Palma.

Sánchez has said that they are "in continuous communication with His Majesty the King", to whom they have been able to give first-hand information before appearing.

17 and 20 million cubic meters of magma,

according to the President of the Government of the Canary Islands, Ángel Víctor Torres.

This amount far exceeds the 11 million cubic meters initially estimated by the technicians, but it represents less than half of the lava that the

5,000 evacuees, eight houses affected by lava and fear of the advance towards the coast