The crown great winner during the Emmy gala

Tonight's big winner was the royal house drama The crown during the Emmy Gala, which was held physically this year after last year's "pand-Emmy". However, the gala has been criticized for not using mouth guards and among the winning actors in the heavy categories, all are white. 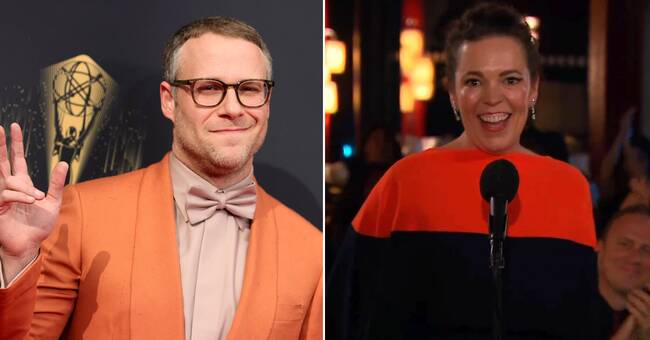 There was no posthumous award to Michael K Williams.

Williams, best known for his role as Omar Little in The Wire, passed away in early September and was nominated for Best Supporting Actor in Lovecraft country.

The prize went to Tobias Menzies for his interpretation of Prince Philip.

The series was nominated for Best Comedy and starring Jason Sudekis was praised, as were supporting actors Hannah Waddingham and Brett Goldstein.

All of the twelve biggest actor awards went to white actors this year and the hashtag Emmyssowhite has been trending on social media in the United States.

"During two awards galas in a row, the recently deceased black men have lost to Britons who were not in place," writes the trade magazine Variety about Williams' missing award.

During the Oscars, Anthony Hopkins took home the award for best male lead, where Chadwick Boseman was also nominated.

Another of the evening's snacks was the fact that none of the guests wore mouth guards.

Actor Seth Rogen got a lot of attention after he pointed out from the stage that the event seemed uncertain.

- I just have to start by saying that we are far too many in here. What are we doing? They said it would be outdoors, but it is not. They lied. We are in a completely closed tent right now, he said.