No newly diagnosed Taiwanese business district in Zhangzhou, Fujian, two rounds of nucleic acid tests for all employees are negative 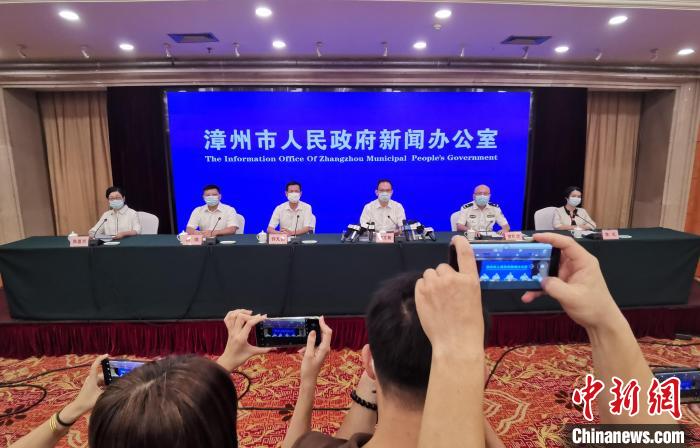 China News Service, Zhangzhou, September 20 (Reporter Zhang Jinchuan) The Press Office of the People's Government of Zhangzhou City, Fujian Province held the third press conference on the city’s epidemic prevention and control work on the 20th to inform the latest situation of the prevention and control of the new crown pneumonia epidemic.

Zheng Limin, deputy mayor of Zhangzhou City Government, disclosed at the meeting that there were no new confirmed cases and asymptomatic infections in Zhangzhou from 0:00 to 24:00 on September 19th.

Up to now, there have been 3 confirmed cases in the city, all of which are of ordinary type. They are now being treated in designated hospitals. The city has now identified 2,166 close contacts and sub-close contacts, and health management has been implemented in accordance with relevant regulations.

Zheng Limin pointed out that during this period, the following work was focused on:

The first is rapid flow investigation.

On September 20, the Information Office of the People's Government of Zhangzhou City held the third press conference on the city's epidemic prevention and control work.

Increased encryption of nucleic acid screening in key areas and key populations. As of 24:00 on September 19, the city had a total of 2.542 million nucleic acid samples and 1.924 million completed tests, all of which were negative.

Among them, the Zhangzhou Taiwanese Investment Zone has completed two rounds of nucleic acid tests for all employees, and all the test results have been negative.

The third is precise zoning prevention and control.

The fourth is warm-hearted service and care.

More than 11,000 grassroots and experienced party members and cadres from municipal agencies, counties (districts), etc. were selected and rushed to the frontline of the fight against the epidemic, and temporary party branches and pioneer posts for party members were established to drive social forces to participate in epidemic prevention and control.

Up to now, the city has launched a total of 137,000 social volunteer services to jointly build the "bronze wall and iron wall" of the war epidemic.