After more than 25,000 small earthquakes that have not stopped shaking La Palma for eight days and had raised the island 15 centimeters, the magma that was pushing under the ... 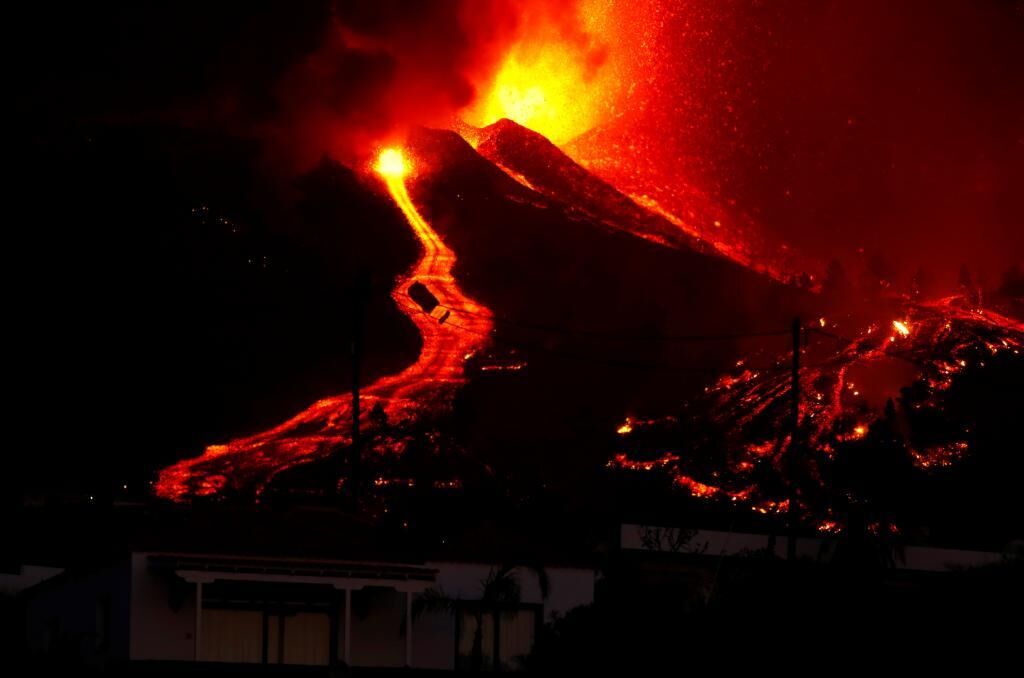 After more than 25,000 small earthquakes that have not stopped shaking

for eight days and had raised the island 15 centimeters, the magma that was pushing under the ground made its way: from 3:13 p.m. (4:13 p.m. peninsular time)

its eighth volcano lives in historical times, again in the Cumbre Vieja.

From what you're seeing, this is a rash that could last for weeks;

two months at most, at the discretion of the experts.

The volcanic eruption of

has two fissures, about 200 meters apart, and eight mouths through which the lava emerges, explained the technical director of the Canary Islands Volcanic Risk Prevention Plan, Pevolca, Miguel Ángel Morcuende.

The technician, in a press conference after the meeting of the Pevolca scientific committee, which was attended by the President of the Government of Spain,

the evacuations have already been completed

, except for some scattered houses.

The lava has already entered the municipality of

when crossing the LP2 highway, said Morcuende, who has specified that, according to simulations carried out by the National Geographic Institute, the lava is directed towards the nuclei of

Morcuende has pointed out that eight houses have disappeared under the lava and all those nuclei where the laundry can arrive have been evicted.