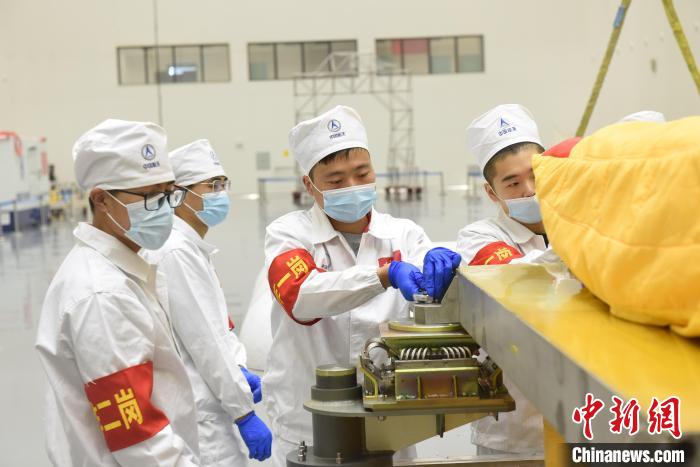 On the occasion of the traditional Mid-Autumn Festival, the Tianzhou-3 cargo spacecraft was successfully launched on the afternoon of the 20th.

This means that following the delivery of the Tianzhou-2 cargo spacecraft in space at the end of May this year, the second "deliveryman" of the Chinese space station has also worked overtime during the holidays, stepped out of the earth, and delivered goods to space.

The cargo delivered by "Tianzhou-3" this time includes astronauts' living supplies, extravehicular space suits, and so on.

At the same time, this "deliveryman" is full of skills, and the various equipment on his body make this "Mid-Autumn Special Mission" impressive.

Capture the beautiful scenery from space inside and outside

According to the Electronics Institute of the Eighth Academy of China Aerospace Science and Technology Corporation, the Tianzhou-3 cargo spacecraft is an aerospace vehicle that uses commercial high-definition network cameras in the cabin.

Taking pictures in space is very challenging. Due to the particularity of the space environment, mechanical vibration and impact will cause problems such as the structure of the camera falling apart, the lens defocusing, and space radiation will also cause the failure of electronic firmware. Therefore, commercial cameras must be used. Space has to overcome a series of problems.

The high-speed communication processor developed by the Electronics Institute of the Eighth Academy of China Aerospace Science and Technology Corporation is an important part of the "Ethernet communication" of the cargo spacecraft and is known as the "communication artifact".

After the Tianzhou-3 cargo spacecraft arrives at the China Space Station, it will be connected to the Tianhe core module to form an assembly, and then it will be networked to transmit the communication data of the space station.

Compared with the first "deliveryman" of the China Space Station-"Tianzhou II", the Tianzhou-3 cargo spacecraft carries more payloads, and the number of users and data traffic has been greatly increased.

In this regard, the high-speed communication processor uses its flexible adaptability to perform flow control during data aggregation and classification distribution, which not only ensures the efficient use of channel bandwidth, but also ensures the reliable transmission of data under congestion conditions.

This process is like an on-ramp on a fast elevated road in a city. Cars from multiple roads converge on one elevated road and then diverted to different lanes. All cars pass through in an orderly manner, with accurate diversion, and there will be no road paralysis or heavy traffic jams. , There will be no problems of finding the wrong intersection or driving in the wrong direction.

The 811 Institute of the Eighth Academy of China Aerospace Science and Technology Corporation provides sufficient energy for the Tianzhou-3 cargo spacecraft.

During the operation of the entire Chinese space station system, the Tianzhou-3 cargo spacecraft "drew a two-pronged approach" in terms of energy supply.

On the other hand, the cargo spacecraft can supply power to the Shenzhou spacecraft that uses a low-voltage power supply system in the future, and allocate it reasonably to ensure the normal operation of the entire space station.