"The singularity of Georgia O'Keeffe": a happy revelation at the Center Pompidou

“You can't limit it to one movement or one subject. »The Center Pompidou-Paris offers us a revelation as late as it is happy with the first retrospective in France devoted to painting… 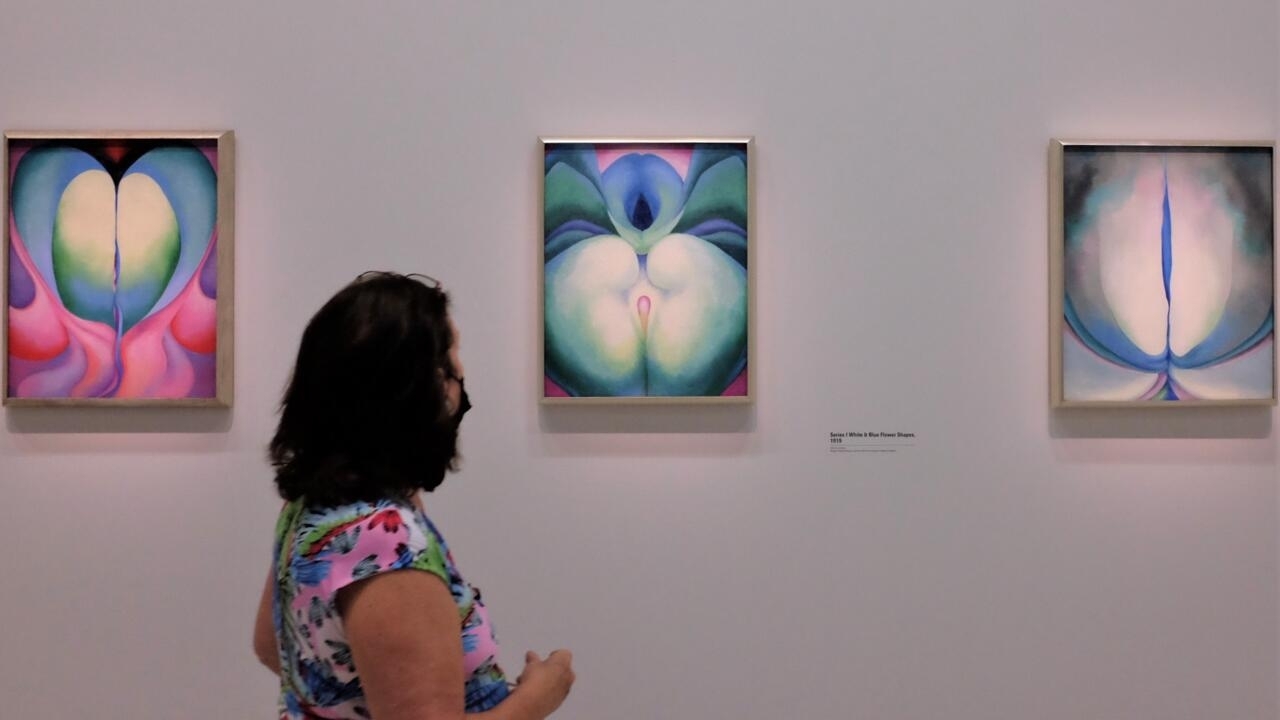 "The singularity of Georgia O'Keeffe": a happy revelation at the Center Pompidou

A visitor to the Center Pompidou watches “Series I” (1919) which shows Georgia O'Keeffe's “own tone”.

You can't limit it to one movement or one subject.

The Center Pompidou-Paris offers us a revelation as late as it is happy with the first retrospective in France devoted to the American painter Georgia O'Keeffe.

A pioneer of modern and contemporary art, she had the reputation of being the most photographed woman in the United States after Marilyne Monroe.

In Europe, it remains virtually unknown.

What Didier Ottinger, curator of this eagerly awaited exhibition, intends to change.

: Georgia O'Keeffe (1887-1986) is considered one of the pioneers of modern and contemporary art.

Why did we wait until 2021, 35 years after his death, to dedicate a retrospective to him at the Center Pompidou

It is true, if we look at the difference in recognition between the United States and Europe, it is an abyss. Georgia O'Keeffe has been celebrated since the 1920s in the United States. It occupies an exceptional place on the contemporary art market of the time. Here, we discover it, because we are late in the recognition of American art, from the first part of the twentieth century. We have long been taught that modern art began in the United States in 1947, with Jackson Pollock and his "dripping" [

technique consisting of letting the paint drip or drip onto a canvas.

Today, we are discovering that there are a considerable number of major artists who express themselves in the 1920s and 1930s. So, in question is rather our long apprenticeship, our slow recognition of what happened in the years. United States before 1945. We have caught up since 1945, but here we are still in a field where there is a lot to discover.

Didider Ottinger, curator of the exhibition, in front of “Sky Above Clouds / Yellow Horizon and Clouds” (1976/77) by Georgia O'Keeffe.

Then she lived and worked in Chicago, New York, New Mexico.

She experienced several ruptures in her life and her painting.

Apart from these changes, how did you characterize its uniqueness and its avant-garde side

The uniqueness of Georgia O'Keeffe is that she is part of a lineage that is not that of the most recognized path of what is called modern art. Usually we are told that modern art begins with Paul Cézanne. Cézanne himself will give cubism, cubism will give abstraction, and then there will be the Bauhaus in Europe… This is the path that was taught and “formalized” by the work of the first modern museums. Here, we discover an artist whose roots are more on the side of Japanese prints, on the side of romantic painters like Caspar David Friedrich, who would go through the American landscape school of the late nineteenth century, which obviously goes through Kandinsky. ... That is to say that it is an art that is more on the side of fusions, emotion, the spiritual,and not from the rationalization that characterizes the dominant movement as established by the history of art.

Georgia O'Keeffe first rose to fame with her floral iconography.

For example, when you look at his painting

Because this painting is symptomatic of what is Georgia O'Keeffe's great project: a fusion with nature, in harmony with the cosmos.

It is a painting showing how his body is exactly superimposed on a relief, mountains, groves, etc.

Basically, it is the summary of the art of Georgia O'Keeffe.

Not only to represent nature, but to express this feeling of belonging, of community with all the cycles of life with the cosmos.

A visitor to the Center Pompidou watches “Black Hills With Cedar” (1941/42) by Georgia O'Keeffe.

In the age of #MeToo and feminism, we regularly see that female artists have been systematically kept away from the grand narrative of art history.

With Georgia O'Keeffe, that was not the case at all.

In 1928, she attended her first retrospective in Brooklyn.

In 1946, she became the first woman to whom the Museum of Modern Arts (MoMa) dedicated an exhibition.

She would tell us that she was very lucky. The luck she has had is undoubtedly being in the right place and meeting the right people. It's true, very early on, the first who discovers his drawings, without even knowing who the artist is, is Alfred Stieglitz [

] and he immediately exhibits it in his gallery.

He is so convinced that he will persuade the whole earth, or rather the American soil, that we have here to do with a very singular genius.

For the first time, someone is able to express what Stieglitz was looking for: fundamentally American values ​​that owe nothing to Europe.

This is also what characterizes Georgia O'Keeffe.

It is not the heir to cubism or to the great movements of European modernity.

She builds up a very particular vocabulary, obviously linked to her roots and her childhood in the great American world, that of the great spaces of the American midwest.

Beyond her role as a pioneer, you also attribute to her a decisive influence on many artists, in particular on the generation of painters of the colored field, like Marc Rothko.

In the 1950s, she herself was amazed to see in contemporary art magazines how much her works resembled those of the very young generation that was emerging, what is called "hard edge painting." », That is to say an abstract painting, based on a sort of methodical application of flat colors.

A visitor to the Center Pompidou watches “Black Door with Red” (1954) by Georgia O'Keeffe.

If we had to retain just one work from this exhibition, which would it be

Again, that would be all, because we can see that Georgia O'Keeffe is someone who keeps reinventing.

So we cannot limit it to either a movement or a subject.

I think we have to take it globally, for the totality of his work.

Today, in Europe, she is much less well known than a Louise Bourgeois or a Niki de Saint-Phalle, not to mention a Picasso or an Yves Klein.

After this retrospective at the Center Pompidou, what will be its place in the great story of art history

It is historians and museum curators who will tell us, but this exhibition is part of a traveling exhibition, since it was presented, in part, in Madrid, before being in Paris.

And he will then go to the Fondation Beyeler in Switzerland.

So three European institutions in different cultural contexts will, I think, be enough to establish Georgia O'Keeffe's rightful place in the modern art landscape this time around.

A visitor to the Center Pompidou looks at “East River from the Shelton Hotel” (1928) Georgia O'Keeffe.