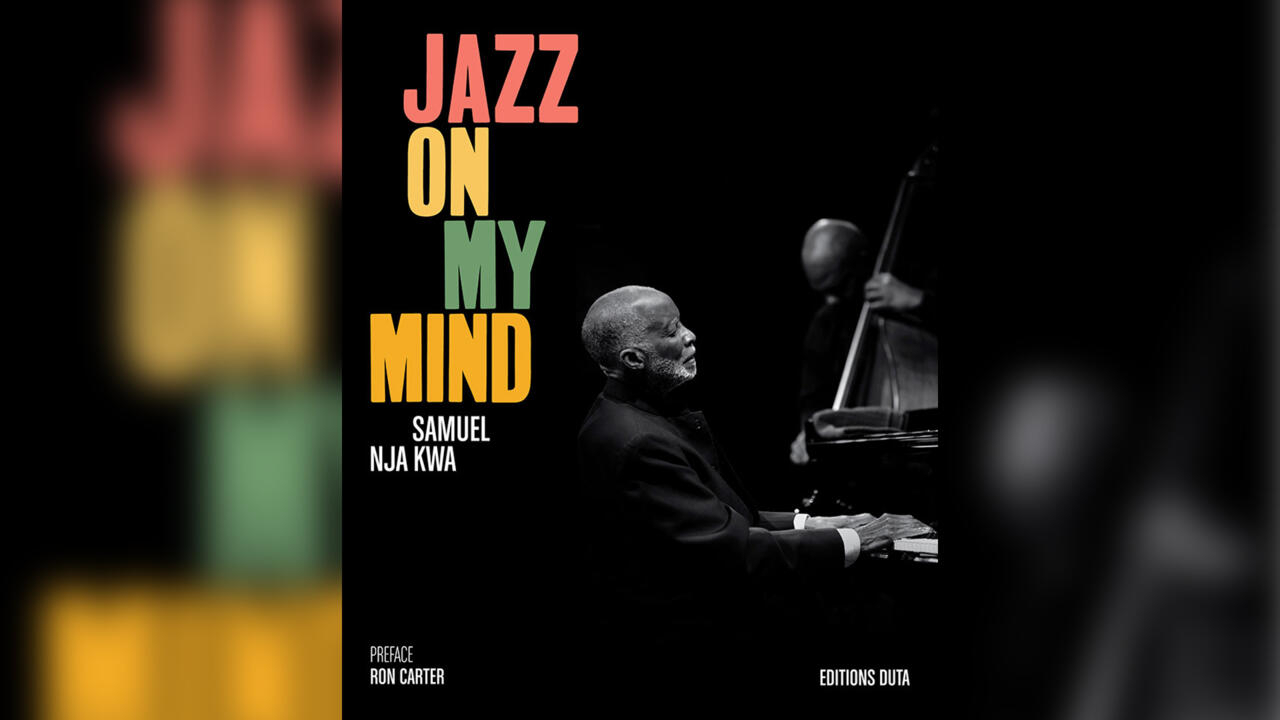 We welcome the photographer

for the release of his photo book

Jazz On My Mind

and the protagonists of the

Never has an African photographer devoted his main work to Jazz.

is a one-of-a-kind author. Born in Paris to Cameroonian parents, he has been passionate about this music since his childhood. He makes his subjects dance according to his imagination, the sap of which draws from jazz, African music and traditions, the plastic of the universe. His approach is that of a messenger carrying through his images a meaning and an aesthetic that he wishes to reveal to others. The intimate. It was at the age of fifteen that he developed a particular interest in the world around him, the humanity that people and the ubiquitous symbols that create a bridge between them. After his studies in Political Science at the University of Quebec in Montreal, his professional project will become obvious. Reports and portraits. Samuel's commitment to his profession complements his demanding eye.His quest for freedom and his great sensitivity make him an exceptional photographer.

When Route du Jazz, Éditions Duta, was published by the photographer in 2014, it was acclaimed by the press to the point of becoming a major work in the world of jazz.

Through portraits in Black & White, the photographer gives voice to jazzmen and jazzwomen who highlight their Africanity.

The idea of ​​this second book is not trivial. The photographer tells. "

Being a freelance photographer and journalist, like many people confined as of March 2020, I found myself with little to do and a little helpless at the start of the COVID-19 pandemic. My travels, my photographic exhibitions , everything was canceled. So, I took the opportunity to take stock of my work, I immersed myself in my photographic archives and I appealed to my memory. I rediscovered certain images, I I put them chronologically. Over the days, I realized that these images tell my own story, my relationship with jazz. " Thus was born the idea of ​​making a work of it

Out of the Time

, coordinator for 10 years of

The network is celebrating its 30th anniversary with the

Zone Franche in a few words:

when the encounter between music from an oral tradition and the sounds of globalization installed new languages ​​and soundscapes. Today, around 200 structures are united around professional and political issues. The diversity of our members finds its unity in the sharing of values ​​set out in the

it constitutes a rare wealth in that it allows daily interaction between different professions, different legal statuses, different territorial establishments, at the service of an abundance of aesthetics, practices and musical inspirations.

Under French law, the association is administered by a Board of Directors elected by the members meeting in General Assembly at least once a year.

The contributions of its members represent more than 10% of its operating budget.

around different cycles: Professional meetings have the will to cross views around contemporary issues, related to world music, proving that doing and thinking go hand in hand and are mutually reinforcing.

The different cycles of meetings build the "story" of Zone Franche and constitute as many spaces for meetings and projects. *

The network also makes it possible to obtain preferential agreements, for example during these fairs and international markets, and searches for new opportunities.

: the creation in 2009 of this committee was motivated by the need of professionals to pool their knowledge and their networks in order to unblock visa refusal situations when the applications comply with the regulations.

The expertise of Zone Franche guarantees the seriousness of the files and motivates the intervention of cultural diplomacy.

is one of the artists featured at

Passionate, fiery, tormented. This is the relationship that

has had with his Oud since childhood. Hussam Aliwat merges styles and boundaries into modern and powerful music, driven with ardor by an oud that challenges both East and West: a thrilling revolution that shakes up jazz, film music and rock. He is one of the protégés of the

. Nevertheless he embodies a new generation, more current, kinematic, powerful, accompanied by 2 cellos and a battery.

Gifted self-taught, he transgresses the standards of the oud as other geniuses have broken the codes of their instruments: the bandoneon of Piazzolla, the guitar of Jimi Hendrix and brings together lovers of Oud, fans of jazz, as well as fans of alternative rock.

Through his first album soberly titled

(scheduled for ZF's 30th anniversary with Hussam Aliwat on 09/21)