It's in your nature - After the fire (1/2): nature is reborn from its ashes

“C'est dans ta nature” devotes two episodes to the consequences of the biggest fire that hit France this summer 2021, on the Côte d'Azur. An ecological disaster for the plain of the Moors, ... 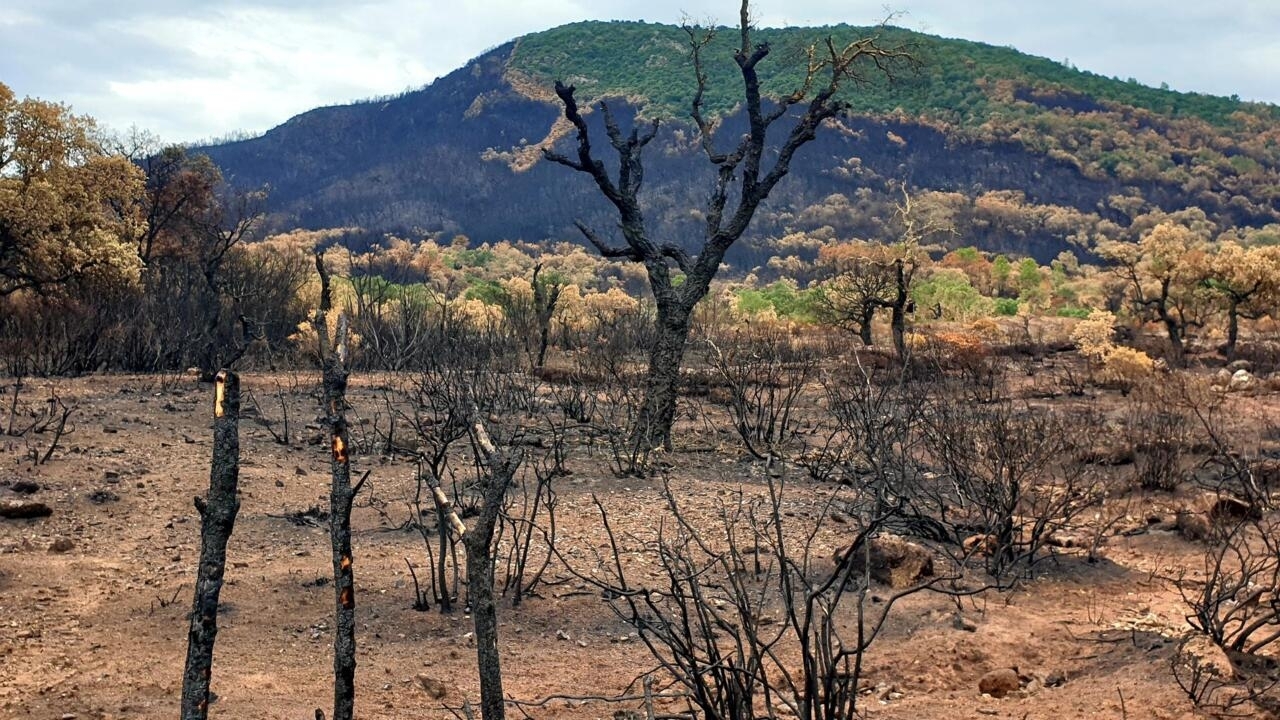 After the fire (1/2): nature is reborn from its ashes

In the Plaine des Maures, or what remains of it, after the passage of the flames.

devotes two episodes to the consequences of the biggest fire that hit France this summer 2021, on the Côte d'Azur.

An ecological disaster for the plain of the Moors, one of the richest biodiversity reserves in the country.

But nature is resilient.

The massif looked like a volcano, the flames were so high and leaping.

"Concha Agero, the deputy director of the French Biodiversity Office (OFB) in Provence-Alpes-Côte d'Azur, is still moved when she recounts the terrible fire that burned more than 7,000 hectares this summer, in the heart of of the Plaine des Maures National Nature Reserve (and beyond), one of the richest in France, in the Var. Nearly 90 species of heritage plants and more than 180 species of protected animals, including Hermann's tortoise, the only land turtle living in mainland France, a species already endangered before the fire. “

, there was no sound, no noise, no sign of living beings.

It was actually quite appalling.

Not even the song of a cicada

Not quite, despite this new landscape of ashes, charred trees, scorched leaves.

But here nature has learned to live with fire.

explains the deputy regional director of the OFB.

Their seeds can only hatch if they undergo a little heat stroke, as they say.

Or with extreme temperatures, a heatwave, for example.

Either with the passage of fire.

And this is particularly the case with certain cysts, shrubs which grow back very very well after the fire has passed

A plant blooms again, just a few weeks after the fire has passed.

Water, and it starts again

In just a few years, no trace of the fire will be visible, but it will take decades to find these exceptional landscapes drawn by cork oaks and umbrella pines. "

The pioneer species, those which will repel the first, are very often and unfortunately invasive exotic species,"

It will be necessary to be vigilant to watch what will emerge first and to avoid that they colonize too much the environments which were rather dedicated to endemic and local species.

As soon as there is water, nature sets out again.

It rained a few days ago, and two weeks after the end of the fire, blades of green grass are already appearing on a black earth.

Already a plant has bloomed again.

We see ants making their provisions, traces of wild boars, a blue tit, a dragonfly ...

During these hellish days and nights of August, the flames progressed so quickly, with fire leaps of several hundred meters, that pockets of vegetation were spared, here and there, refuges for wildlife, seed reserves too. So all is not dead, and nature is resilient. We stop in front of a grove of cork oaks. This cork which surrounds the trunks of trees, a welcome protective envelope against fires if the fire does not stay too long. “

In theory they are leaving

This one has a few branches that are still green.

We will see in the spring what is going again or not.

For the moment, difficult to commit to a vital prognosis.

We tend to say that we must cut all the dead trees.

Except that sometimes the trees are not really dead.

But if they are dead, we have to see if there is an ecological benefit in keeping it on its feet

»Because a dead tree can shelter life, colonized by insects.

A gift that fell from the sky

We suddenly hear cicadas: no, all is not dark, and yes, life is resuming its rights, even if it will be necessary to wait for spring to draw a first global assessment.

Finally, a gift falls from the sky.

It started to rain.

We hope that the rain will be kind to nature