Who is the young Jordanian who was appointed director of state security and intelligence in Austria? photo

Austrian media revealed, the day before yesterday, that the Ministry of the Interior had appointed Omar Hijjawi, of Jordanian origin, as director of state security and intelligence in the country. 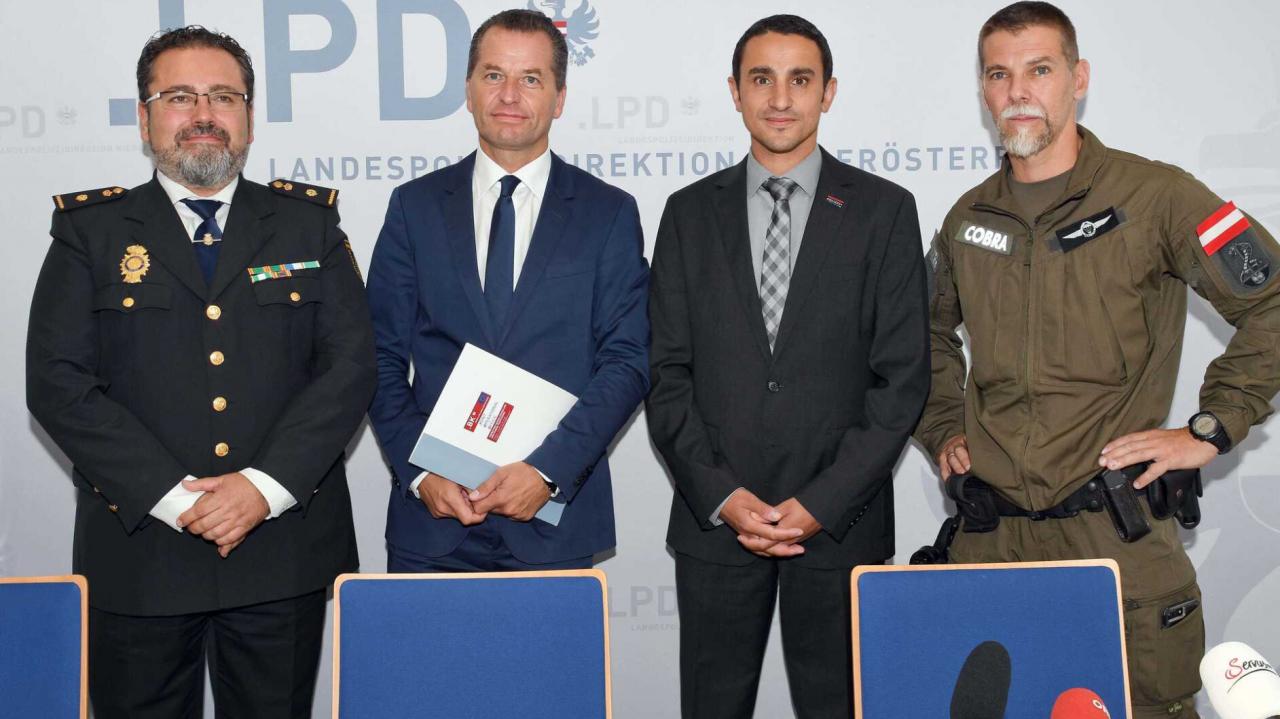 Who is the young Jordanian who was appointed director of state security and intelligence in Austria?

Austrian media revealed, the day before yesterday, that the Ministry of the Interior had appointed Omar Hijjawi, of Jordanian origin, as Director of State Security and Intelligence in the country.

And the Austrian newspaper, "Fakendi", reported that the Ministry of the Interior obtained data from the heads of applicants for the position and conducted extensive security checks on the candidates before the Minister of Interior, Karl Nehmer, decided on Hijjawi's choice.

Hijjawi's "New State Security Service" is the most sensitive security center in the republic.

According to "Fakendi", Hijjawi is considered highly suitable for this position due to his administrative experience in the General Security Agency and his investigative work.

Omar Hijjawi, 42, served as head of the criminal police office in Lower Austria from 2017 until the decision to promote him, and was recommended by senior security leaders due to his distinguished performance during the terrorist attack in Vienna last November.

Born in the district of Gmund in Lower Austria, Hijjawi graduated from the Federal High School in 1998. Hijjawi joined the Federal Gendarmerie on 1 November 1999 and, after completing his basic training, served at the gendarmerie station in Langener Seedorf in the Kornauburg district.

On May 1, 2004, he was assigned to the Criminal Department of the Regional Gendarmerie Command in Lower Austria.

After Hijjawi completed his training as a civil servant from October 1, 2005 to April 30, 2006, he was transferred to the Criminal Police Office of Lower Austria (formerly the Criminal Division) and worked as an investigator in the investigation of life and limbs (murder - violent crimes).

In the period up to 2011, he was accredited there as part of the investigation teams involved in the largest criminal cases in Austria.

On October 1, 2008, he completed officer training and a "Police Management" study at the Wiener Neustadt University of Applied Sciences, which he completed on August 31, 2011 with a Bachelor of Arts degree.

After a structural reform, Hijjawi was transferred to the Schwechat Police Command on 1 April 2012 and headed the Department of Border and Foreign Police Affairs at Vienna International Airport.

In September 2012 he completed his Master's degree in Strategic Security Management from the Wiener Neustadt University of Applied Sciences, which he completed on June 30, 2014 with a Master of Arts degree.

He wrote a master's thesis on the topic "Vienna International Airport and the Threat of Terrorism".

From June 1, 2014 to August 31, 2014, he was temporarily assigned to the Federal Ministry of the Interior, Federal Office for the Protection of the Constitution and Counter-Terrorism.

On August 1, 2017, he was appointed head of the state criminal police office in Lower Austria and has since become a regular press spokesperson.

And in February 2019, a special investigative group set up in the Criminal Police Office of the State of Lower Austria, under the leadership of Hijjawi, uncovered a gang operating across Europe that had caused damage estimated at hundreds of millions of euros with the help of investment fraud.