Arab cinema uses the novel to continue its recovery

The state of recovery that Arab cinema is currently witnessing has raised the morale of producers and opened their appetite for presenting more films, in preparation for showing them in cinemas in the coming periods. 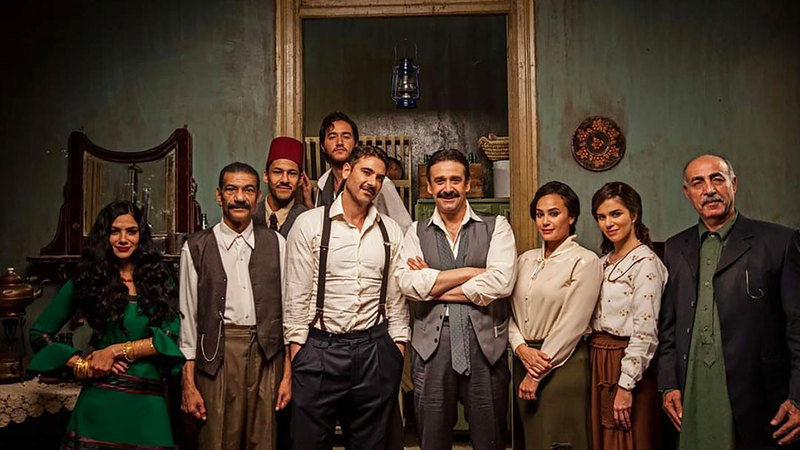 From “Atheist” to “People of the Cave” and “A Few Hours”

Arab cinema uses the novel to continue its recovery

The state of recovery that Arab cinema is currently witnessing has raised the morale of producers and opened their appetite to present more films, in preparation for showing them in cinemas in the coming periods, and it is remarkable that a significant number of filmmakers turned to literature, to convert the writings of some novelists into films, especially in light of the success of previous experiences. For these writers, and their achievement of positive results, whether publicly or at the level of box office revenues, and among these directors, Mando Al-Adl, who started filming a new movie entitled “The Atheist”, written by writer Ibrahim Issa, after we had previously collaborated in the movie “The Owner of the Maqam”, Which was shown, last year, on one of the Arab digital platforms, and then was released in theaters later.

Mando El-Adl's latest work was the series "Between Heaven and Earth", which was shown in 15 episodes during the last month of Ramadan, based on a story by the writer Naguib Mahfouz.

"Children of Our Neighborhood"

For his part, the artist Amr Saad revealed an unexpected surprise, as he announced the signing of a contract to transform the famous novel by the writer Naguib Mahfouz “The Children of Our Neighborhood” into a movie, co-produced by the Lebanese producer Sadiq Al-Sabah, with the Egyptian producer Kamel Abu Ali, who obtained the right to produce the novel More than 60 years have passed since its release, and Saad stated that the details of the work will be announced at a later time, whether the name of the script or the director, as well as the heroes who will participate in the action championship, which will include a huge number of stars and stars, and the work will be filmed entirely in Lebanon, This is the first time that the novel has been turned into a work of art, after several previous attempts to turn it into a movie failed.

The importance of this news is due to the fact that “The Children of Our Neighborhood”, since its publication in 1959, in the form of episodes published in the Egyptian newspaper “Al-Ahram”, was and still is the subject of widespread controversy because of the philosophical ideas it presents, and the characters that the novel deals with, after it was printed in a book in Beirut in the year 1959. 1962, its publication was banned in Cairo, after Al-Azhar Al-Sharif objected to it, and the Al-Azhar Scholars Association demanded to prevent its publication or circulation. The year of Mahfouz's departure, when Dar Al-Shorouk printed it in 581 pages.

Between "People of the Cave" and "A Few Hours", writer Mohamed Sadek announced the conversion of his novel "A Few Hours One Day", which was published in 2012, into a movie soon. Starring Majed El-Kadwany, Amr Youssef, Yasmine Rais, Dina El-Sherbiny, Ahmed Daoud, Ahmed Malik, Jamila Awad, on the screenplay by Wael Hamdi directed by Hadi El-Bagouri.

As for the movie “People of the Cave”, which is based on the play of the great writer Tawfiq Al-Hakim, which was released in 1933, it is still in the process of preparation, after filming stopped more than once due to the “Covid-19” pandemic. And co-starring the artists Khaled Al-Nabawy, Ghada Adel, Muhammad Farraj, Ahmed Eid, Abdul Rahman Abu Zahra, and Mustafa Fahmy, who returns to acting after a period of absence, and the work deals with the human struggle against time, through three people who are resurrected to life after a sleep that extended for more than three centuries, to find themselves in a time other than the time in which they lived before.

The film “Kira Waljen” - directed by Marwan Hamed, based on the 1919 novel by writer Ahmed Murad, who also wrote the script and dialogue for the film - is still being filmed, after interruptions due to the “Covid-19” pandemic and the preoccupation of its heroes with filming other works, and the film is one of the huge productions. In the field of cinema during the current period, which is starring Karim Abdel Aziz, Ahmed Ezz, Hind Sabry, Sayed Ragab, Ahmed Malik, Ali Qassem, Hoda Al-Mufti, Mohamed Abdel Azim, Arefa Abdel-Rasoul, and Tamer Nabil, and it monitors the reality of Egyptian society during the period of the British occupation during the English occupation. The 1919 Revolution, and it reveals true stories of a group of heroes of the Egyptian resistance against the British occupation, during the 1919 revolution until 1924, through forgotten heroes who fought battles and bold sacrifices for independence.

The direction of the novel was not limited to cinema, as the artist, Mohamed Farraj, is preparing to star in a new series of horror and suspense titled “Room 207”, which is based on the novel of the late Egyptian writer, Ahmed Khaled Tawfik, “The Secret of Room 207”, after the success of The series "Paranormal", which was shown on the "Netflix" network, about the series of the same title, Tawfik.

• Amr Saad revealed an unexpected surprise, when he announced the signing of a contract to transform Mahfouz's famous novel "The Children of Our Neighborhood" into a movie.

• “Kira Waljen” is a huge production, and it monitors the reality of Egyptian society during the British occupation period during the 1919 revolution.