The General Directorate of Security and Emergencies of the Government of the Canary Islands, in application of the Special Plan for Civil Protection and Attention to Emergencies due to volcanic risk of ... 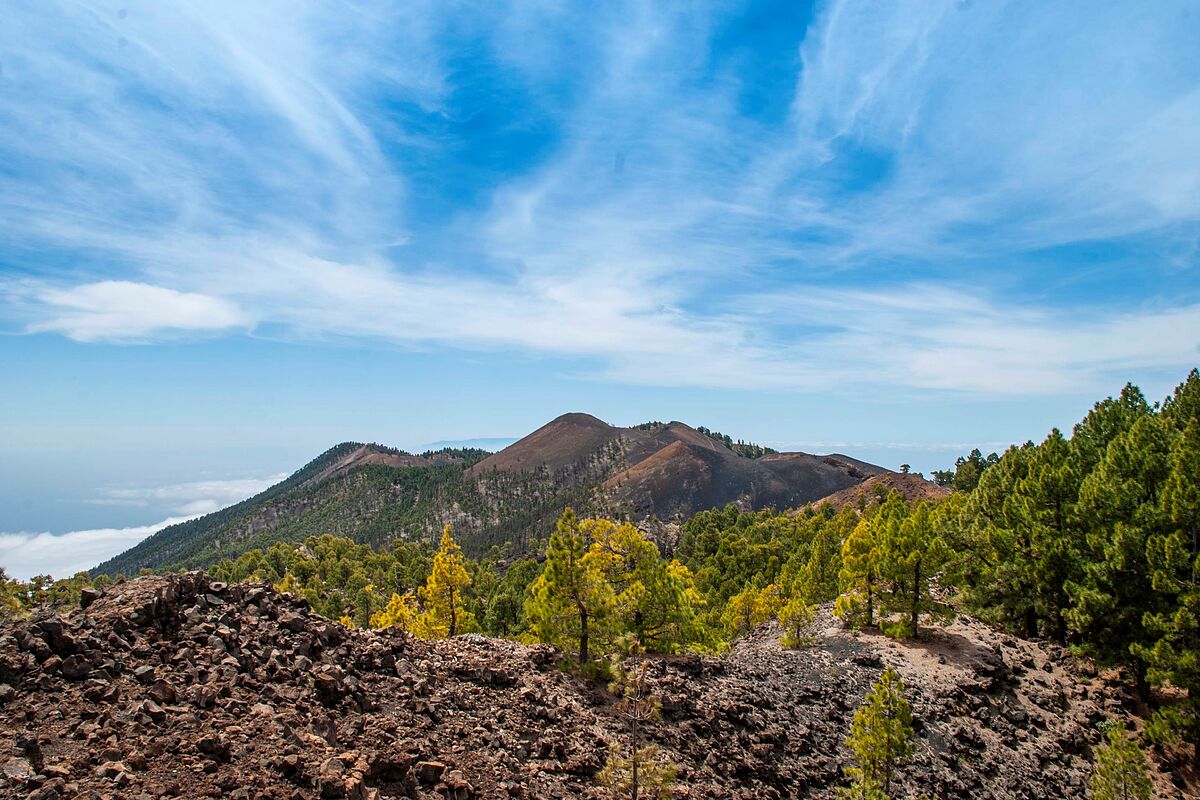 the island of La Palma at a 'yellow traffic light'

for volcanic risk after verifying that seismic activity decreases and the deformation of the ground slows down.

Thus, the scientific committee emphasizes that there is a

"clear decrease" in the activity

of the 'seismic swarm' although there is a "notable intensity" in the episodes that occur in a range of between 6 and 8 kilometers.

and the deformation continues, although at a lower speed, being compatible with a more superficial source of deformation. In this way, the Canarian Executive bulletin states that "the process continues and may have a rapid evolution in the short term" since the decrease in seismicity "may be transitory and does not necessarily imply a paralysis of the volcanic reactivation".

In fact, from the committee they point out that it is "expected" that felt earthquakes of greater intensity will occur and that the beginning of observable phenomena on the surface is "not ruled out". Likewise, and with respect to a possible great collapse of the west flank of 'Cumbre Vieja' and the consequent formation of

the scientific committee emphasizes that "there is no data to support this hypothesis" and it lacks a proven scientific basis.

For this reason, the 'yellow traffic light' remains in the area of

and a change is not ruled out if the process intensifies in the short term.

The scientific committee points out that before a volcanic eruption, there is a gradual increase in seismic activity that can last for a long time and can be perceived by the population, so you must remain calm.

An airplane is incorporated to monitor earthquakes

the island of La Palma.

The aircraft departed early this Friday from its base in

, in Alicante, from where it took off bound for Córdoba for a first stopover prior to its departure to the

In Lanzarote he plans to make a technical stop before arriving at La Palma in the late afternoon.

This plane will fly over the island to transmit photographs and videos via GPRS / 3G / 4G mobile telephony and microwaves, both in the visible and infrared spectrum, to the Operations Center of the Ministry of Agriculture, Fisheries and Food and to the Mobile Units of Analysis and Planning displaced on the ground.

The Minister of Public Administrations, Justice and Security, Julio Pérez emphasizes that, in this phase, the priorities of the Government of the Canary Islands are focused on strengthening surveillance means, increasing scientific teams on the ground and preparing the device. evacuation, if necessary.

The request for the incorporation of this aircraft is part of the agreements reached in the Directorate of the Special Plan for Civil Protection and Attention to Emergencies due to Volcanic Risk (PEVOLCA), in coordination with all the administrations involved.

In the current yellow alert phase, the preparation of an eventual evacuation will be coordinated by the Cabildo de La Palma, together with the municipalities involved.

Spain More than a hundred earthquakes are added this Tuesday in La Palma to the seismic swarm that adds about 1,700 tremors of up to 3.9 degrees