The gamer about women's vulnerability in the gaming world: "Sexual harassment straight off"

When Melika Zakariae began to livestream her gambling, she was met with insulting comments by male players, usually based on the fact that she is a woman. Today, she runs the gaming site Mind Your Own Gaming for women, non-binary and transgender people.&nbsp; 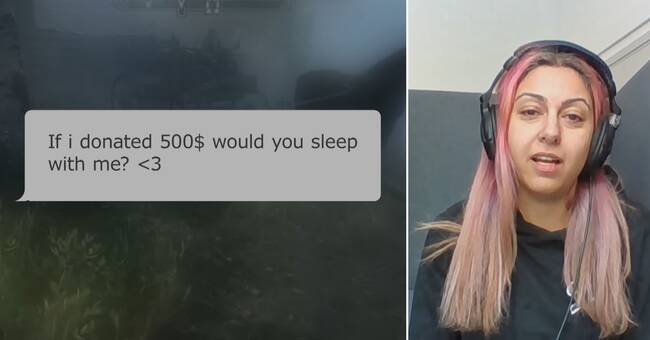 Kulturnyheterna has previously reported that more and more women and non-binaries in the e-sports environment are more exposed to violations and sexual harassment than men do, according to a new report by Female Legends.

Something that gamer and entrepreneur Melika Zakariae notices to a very high degree.

It can be anything from "going to the kitchen" or asking "how much do you take to show yourself naked".

Since then, I have received a lot of messages with pictures of genitals, she says.

- It is sexual harassment straight off.

And a lot of this with "girls should not play".

In 2018, she therefore started the gaming site Mind Your Own Gaming, with female, non-binary and trans people as writers.

The site is a platform to dispel the myth that women do not write and talk about gaming.

The problems start outside the gaming world

To stop the players' comments, she believes that one must go to the root of the problem and also think beyond the gaming world.

- The language they have in the gaming world, they do not only have there.

They also have it in schools, among their friends.

It really happens in all forums that exist.

- A lot has to happen outside.

We adults must help.