The third is not superfluous: the film "Gemini" with De Vito and Schwarzenegger will receive a sequel

The sequel to the 1988 comedy Gemini starring Arnold Schwarzenegger and Danny DeVito will be filmed in the US. In the new film, it turns out that two brothers, born as a result of a genetic experiment, have a third - black. He will be played by Tracy Morgan, who previously appeared in All or Nothing and Jay and Silent Bob Strike Back. The production will be directed by the original film director, Ivan Reitman. 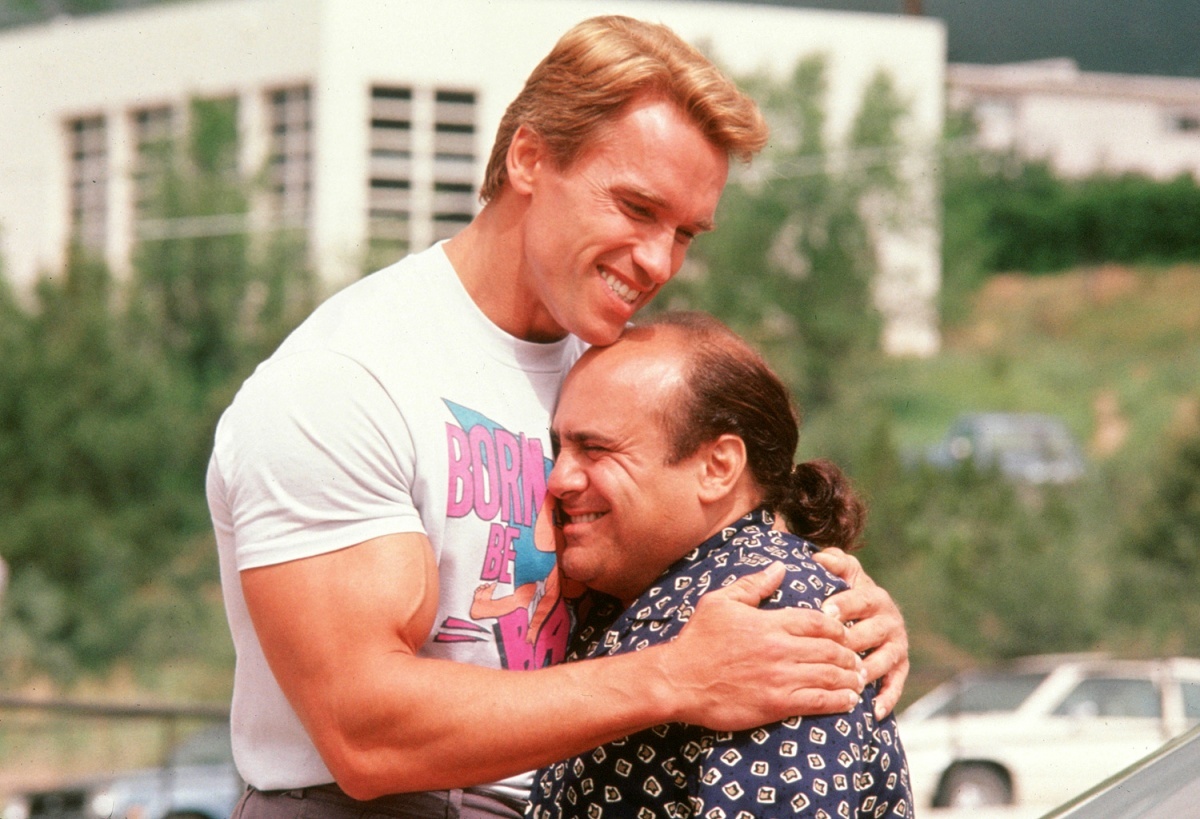 The 1988 film Gemini, starring Arnold Schwarzenegger and Danny DeVito, will receive a sequel.

The production will be directed by the original project director, Ivan Reitman, who also directed Ghostbusters and More Than Sex.

According to Deadline, Lucas Kavner and Dylan Dawson are co-writing the film.

According to the plot of the 1988 film, two brothers, born in the course of a genetic experiment, are separated in infancy.

After 35 years, one of them learns about the existence of the other and finds him.

Together, the heroes go in search of their mother.

On the journey, adventure and new acquaintances await them.

In the sequel, it is revealed that the twins had a third, dark-skinned brother who did not keep in touch with their loved ones.

“They are not familiar with each other, at the very beginning of the film they meet and get closer after all these years.

In fact, this is a film about a family and about the fact that despite all our differences, we must learn to get along with each other.

These guys played well, which is immediately visible in the shot, as well as how much energy they awaken in each other, ”says Ivan Reitman about the new project.

The first rumors about the plans of filmmakers to shoot a sequel to "Gemini" appeared in 2012.

Then it was expected that Eddie Murphy would join the caste.

The project was not implemented within the expected time frame.

In February 2021, DeVito said that work on it is still underway.

Arnold Schwarzenegger and Danny DeVito will return to their roles.

The third brother will be played by Tracy Morgan ("All or Nothing", "Jay and Silent Bob Strike Back").

The Twins were very successful, and years later, during a conversation between Arnold and Eddie Murphy, one of them voiced this idea, and so the whole idea was born.

“I have to play your triplet, a very funny comedy may come out” ... I have been friends with Tracy Morgan for a long time and have always considered him one of the funniest people in the world.

It seemed to me that a great triplet would come out of him, and we rewrote the entire script for him, ”Deadline quotes Reitman.

According to the director, everyone who has seen the presentation video of the project speaks positively about it.

“The first reaction was great.

How young Arnold and Danny look and how great Tracy fits in.

I had great pleasure filming the first part, and now everything will be the same, ”says the director.

Filming is scheduled for January 2022.

Presumably they will take place in Boston, Massachusetts.

It is this city, according to Reitman, is an ideal location, both in terms of views and economic considerations.

“We need winter, and I guess we'll be filming in Boston.

It is a beautiful city, next to the mountains, and besides, it is not bad in terms of taxes.

We approach this as an independent project and want to keep costs low.

It worked great for Gemini, and I see no reason to do otherwise here, ”says Ivan Reitman.

Gemini premiered in December 1988 in the United States. In the following months, the film was released in other countries. It was received coolly by critics and received low ratings from a wide audience. To date, the feed rating on the Rotten Tomatoes portal is 43% and 39%, respectively. Among the shortcomings of the project, experts call the absurdity of the main idea and an unsuccessful scenario. Some people mentioned the presence of violence and profanity in the film, despite the fact that it is intended, among other things, for a young audience. One of the film critics noted that Gemini is too weak a job even for Reitman, who, according to the journalist, has built a career on dubious projects.

Nevertheless, the picture was awarded a number of awards and received a Golden Globe nomination for its song. In addition, the film successfully performed at the box office - its gross amounted to more than $ 216.6 million with a budget of $ 15 million. In Russia, Ivan Reitman's picture was also popular and received a higher rating from viewers - the rating of Gemini on the Kinopoisk portal is 7, 2/10 based on the assessment of 43 thousand users of the site.