Nothing and no one could think Secret Story was going to happen what happened last night. Yes, Secret Story is the reality of secrets, but there are secrets that nobody counted on ... 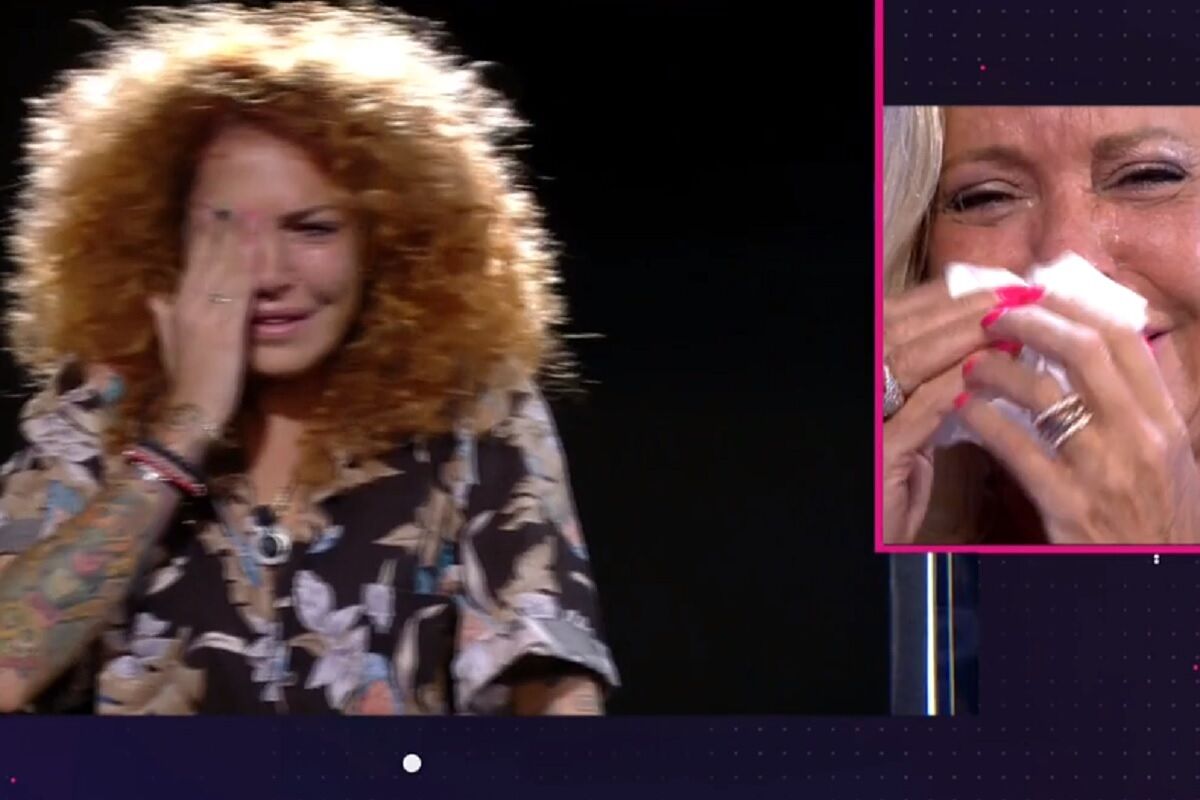 Nothing and no one could think

was going to happen what happened last night. Yes,

of secrets, but there are secrets that nobody counted on.

The House of Secrets

, secrets without pain or glory, with a hint of spark, but none that could remove any foundation. Until last night, until

, a sequel to the well-known Life Curve that was part of

, and it removed more than foundations.

she kept a secret that not even her mother, Barbara Rey, knew.

A painful and criminal secret that he has only told three friends and his therapist:

suffered sexual abuse at the age of five by a person very close to her family.

and chose to tell it and get rid of it on a television program before having told her mother about it.

For that the pain, the suffering and the years that he has been living with this trauma are his and nothing but his.

It would only be missing that she, the victim, could not decide when she wanted to make it public.

She said it herself: right now she is in a wonderful moment of her life, she is strong, she is happy and everything that is removing her from participating in

has led her to be able to remove that stone or, at least, to make it public.

The heartbreaking story of Sofía Cristo in Secret Story

"This that I am going to tell you now is very strong. I don't want to give a fucking pity, I just tell my life. One thing happens ... We are with my mother at home, in La Moraleja, in that orange room, and one day a person I'm never going to say ...

. I have never told anyone. I was not aware of what it was until I was growing up and I knew what he had done to me. In fact "Only three friends of mine and my therapist know about it. I have never wanted to tell about it because he is a person very close to us."

sank on set. His daughter, always his unconditional support, his angel had just revealed live the sexual abuse that a very close person, "from whom I will never reveal his identity", abused his daughter shortly after she separated from

did not let go of him suddenly or start his secret line of life with such a secret.

told it after recounting how her childhood had been, how she had lived through terrible scenes of abuse by her father towards her mother, when her childhood collapsed. And it was at that time, when

had to overcome the scenes of violence and the separation from her parents when the worst was yet to come.

He did not go into lurid details, did not give any clue as to who it might have been or what it was like. She limited herself to saying that one day, at her home in La Moraleja, in that orange room, a person very close to them sexually abused her. He was not even aware of what he had done to him until a long time later, until he grew up and knew that what that person had done to him - if he can be called a person - was one of the greatest monstrosities that can be committed.

The situation spilled over into the

with a Sofia Cristo crying inconsolably and apologizing to her mother for not having told her after so many years.

On the set the situation was not better.

suffered a nervous breakdown, how could it be otherwise after listening to her daughter.

And if it were not for the good work of

, who was magnificent in a very complicated situation, probably the terrible story of

would have ended up in a real television circus.

But no, far from it.

The incredible lesson of Carlos Sobera in Secret Story

knew how to control a very complicated situation in full direct. Few times a presenter and a

, moreover, has encountered something like this and with what the confession of Sofía Cristo supposes.

was so aware that Bárbara Rey had to be calmed down, that

had to be supported

, that it had to be made clear that this was not part of the

, that this was not planned nor was it the objective of the program, that this had been a very brave decision of Sofía Cristo and as such it had to be seen.

"Sofia, you were not to blame for anything. And what you are doing is absolutely wonderful because there are many people who suffer sexual abuse and do not say it. With which what you do is set an example, a bloody example to all of society. Ok, Sofia? So far from regretting it, feel very proud of what you are doing because this country needs people like you, with two balls in the right place. " Incredible

, applauded and gave the support that at that moment

He needed the most and gave a lesson in knowing how to do and being a great person before being a presenter.

"I would like to say one thing. This comes out of me,"

"This has nothing to do with the program or the script. What you are telling is very serious. It is something that we must always try to denounce. This was not prepared, this was not part of

The House of Secrets

nor is it the objective of the program. We can only thank you for having had this gesture, this exercise of sincerity and courage to confess something so traumatic. And in case anyone is tempted to think that we are making a market, I want to tell you with the heart of my hand that I as a person thank

what she has done because what she does, apart from being good for her, is good for so many people that we have to learn this life lesson forever. Just for that, thank you. ”He could say it clearer, but not louder.

probably recounted the most traumatic event of her life on a

, on a television program and live. Yes,

revealed on television what she had been silent for so many years before even telling her mother. Yes, Sofía Cristo did it in her first moment alone since

. But the fact that

did it like that does not remove an iota of value or pain from her story. There will be those who think that this would have been better to have told it in its most absolute privacy, well, perhaps. But like the one who suffered it, like the one who has carried the slab of

On her back and especially her being for so many it has been her, as the one who has suffered the consequences of that monster fact has been she, it is she who has all the right in the world - it would be more - to tell it how she pleases and when it pleases you.

In addition, it must be borne in mind that

is currently an interventionist to help families with children with drug problems.

She herself has told

that her job is to go to schools and talk to kids, as well as mediate to help kids who are already hooked, just like she was.

and her overcoming has never been a secret.

He started using drugs at age 14, at 15 he was already taking cocaine. A bit in which he fell and from which he knew how to get out. Now, use that fall to hell to help others. He knows what it means to relate a suffering, to make others see it, to be aware of it to help those who are falling. Sofía Cristo knows that counting the sexual abuse she suffered when she was 5 years old is going to help many people. You know that your testimony not only marked the

and will be discussed in the next few days on all

, but you are aware, and if it was not, you already made it very clear,

, that his testimony, that his story is of much use.

It serves for people who have suffered the same as her to listen to her and to see that she has overcome it.

She said it herself: "Now I am happy and I thank God every day."

It serves for the simplest, but also the most difficult, so that they listen to it.

I don't know how

, but she should wake up full, proud, radiant. Because what

unloaded, unburdened, released ballast, but with her ballast, with her story, she has advanced a step further. There is no discussion.

, or any television show, will re-live what happened last night. The story of

- and it was the night that Telecinco premiered its new pseudo prime time advance schedule. In short, we will have to see the hearings today and if he achieved his goal of removing viewers from the unbeatable

. I really doubt it. For a normal viewer to follow so much time change, so much cut, so much change of channel is a chaos that only those who are hooked on the program will endure. First at 8:00 p.m., at 9:00 p.m. the

, and to finish earlier, finally ... Like the story of Pedro and the wolf.

In addition, there were errors, serious errors, such as telling the nomination of

because it was necessary to give way to the newscast, or cutting that of

because it was necessary to go to

In which head is it possible to leave an hour to the contestants being aware that they were nominating to the face?

An hour to think, an hour to prepare and an hour in which the viewer has to wait to find out who one of the contestants is going to finish nominating, while those who come to see him at 10 p.m. do not even know where the shots are coming.

I have said, a difficult chaos to digest and we will have to see how the play comes out and how this ends for

RTVE The renovation of Masters of Sewing, pending a thread: the big mistake of RTVE?

AE Give your opinion, guess what will happen to inflation?

Against the grain Sanchismo, pure Ollendorff