Africa Press Review - In the Spotlight: Russian mercenaries in Mali?

In the News: Russian mercenaries in Mali? Audio 00:04 Jihadist fighters in Mali (illustrative image) © AP / STR By: Frédéric Couteau Follow 4 min Advertising It is the Reuters agency which launched the information in recent days. Since then, other sources, notably quoted by Jeune Afrique , confirm: “  Since the beginning of September, a contract has been ready to be signed between the Malian 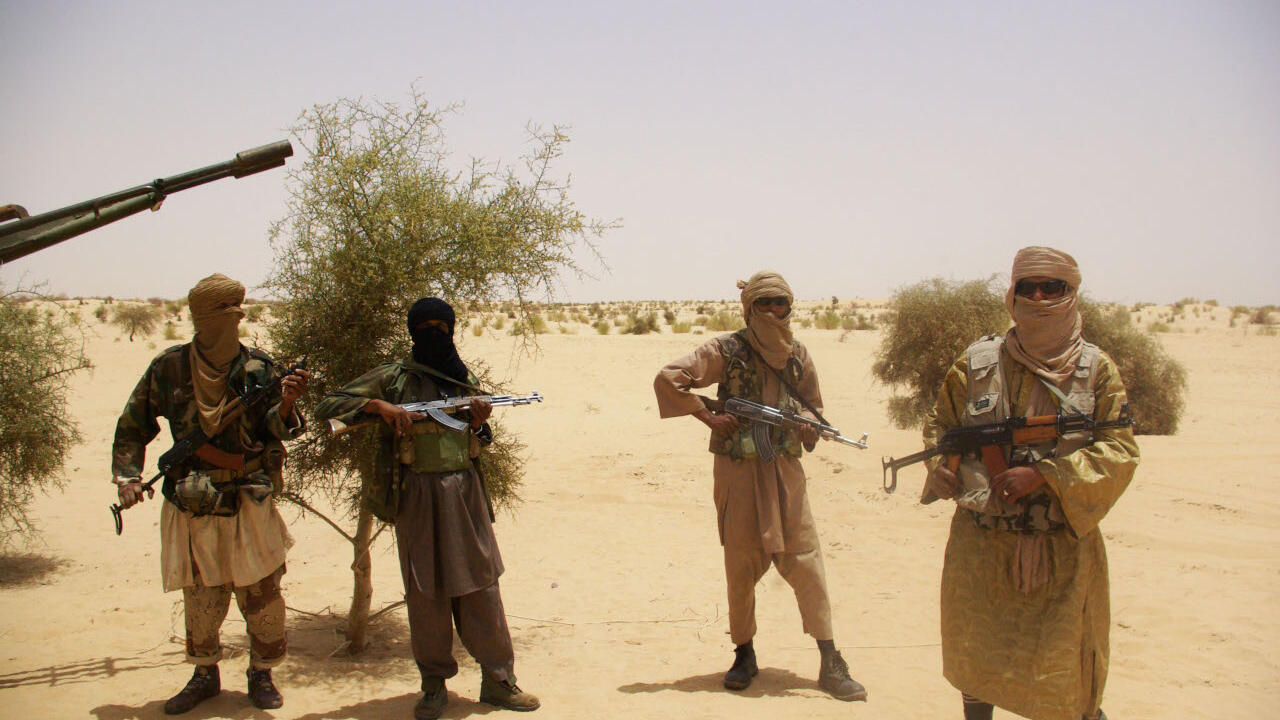 In the News: Russian mercenaries in Mali?

It is the Reuters agency which launched the information in recent days. Since then, other sources, notably quoted by

Since the beginning of September, a contract has been ready to be signed between the Malian state and a private military company linked to the Russian group Wagner. The document provides for the deployment of mercenaries in the country, in liaison with the Malian army, and the protection of senior figures. The Russian company would be paid 6 billion FCFA, or about 9.1 million euros. One of the sources of Reuters mentions the arrival of

1000 mercenaries, while others indicate the figures a little lower. For several months,

Jeune Afrique, envoys from the Wagner group engaged in intense lobbying with the authorities of the Malian transition, and in particular Sadio Camara, who had visited Russia again last August.

If Bamako has already signed a defense agreement with Russia in 2019, this contract is on the other hand the first binding the Malian authorities to a private military company of Russian influence.

For political and economic reasons, Russia is trying to regain a foothold in Africa

Hence its interest in the Central African Republic, where, in exchange for mining concessions, it sent weapons and "

, in reality "mercenaries" from the private military company Wagner.

And all of this accompanied by anti-French propaganda.

What will happen to Mali, helped by France to fight terrorist groups

In any case, continues the Malian site, France is doing everything possible diplomatically to counter this agreement: "

Paris fears that the arrival of Russian mercenaries in Mali will further destabilize the region and compromise the fight against terrorism in the Sahel in the United States. moment when France seeks to transform Operation Barkhane into an international coalition involving more its European allies.

” the French military presence and that of Russian mercenaries in Mali, sources close to the executive are assured. "

The arrival of Russian paramilitaries would constitute a yellow line for France, already scalded by a second coup d'état in a year in Mali, last May, and while Paris, together with ECOWAS, is pushing the junta with difficulty to hold on its pledges to hold elections to bring civilians back to power.

On the Malian side, notes

a spokesperson for the ruling junta in Bamako says he is not aware of such a draft agreement with Wagner.

"These are rumors. Officials do not comment on rumors."

The spokesman for the Malian Ministry of Defense declares for his part that "Malian public opinion is in favor of increased cooperation with Russia given the security situation", while assuring "that no decision has been taken on the nature of this cooperation ".

After Libya and the Central African Republic, the Popovs are therefore eyeing the Sahel via Mali,

If all this information were to prove to be true, it would therefore mean that we would also have to give credence to the Russian miasma which would have surrounded the coup d'état of August 18, 2020. But Wagner, in Mali, beyond the accusations of predation, of non-respect for human rights, it is also a blow to France in its backyard, after that of the CAR, is

The question that the Sahelians must ask themselves is to know what they would gain with the Russians, because we must stop being naive.

Does Mali really need the Russians?

Be careful not to play with fire!

By landing in the house, mercenaries who have no limit in their actions ...

And then does Mali really need external help?

Couldn't the astronomical sums which would be used to pay the Wagner company make it possible to equip more Malian soldiers and offer them better living conditions?

if all these Malian colonels, who deserted the barracks, gripped by the vertigo of the throne, made the fight against the aggression of Mali their duty, would the country still need to entrust its security and its defense to budget-consuming "instructors" from elsewhere?