Sergio Ramírez: "The reality in Nicaragua is exaggerated even for a novelist"

Nicaraguan writer Sergio Ramírez, who received an arrest warrant from the president of his country, Daniel Ortega, stated this Monday in a discussion at the Casa ... 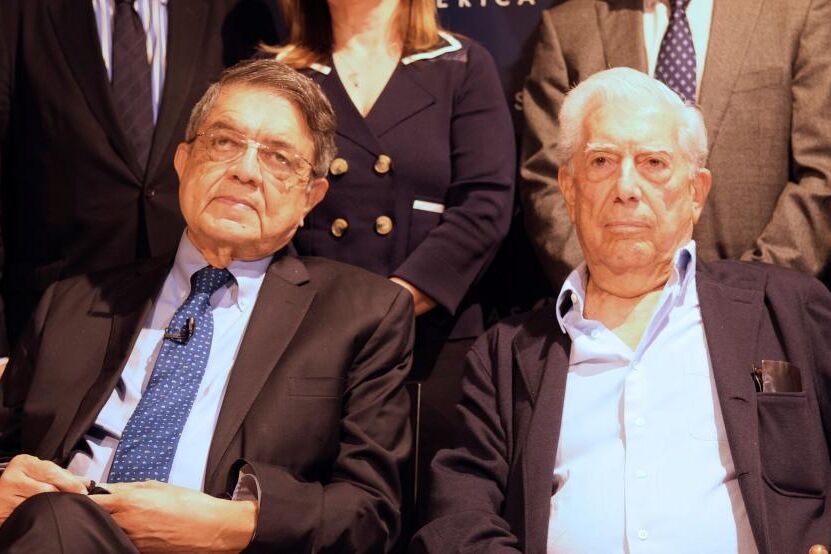 The Nicaraguan writer Sergio Ramírez, who received an arrest warrant from the president of his country,

, stated this Monday in a discussion at the

that "the reality of the opponents in Nicaragua it is exaggerated even for a novelist. "

Sergio Ramírez, Cervantes Award 2017, has begun his intervention in the dialogue 'Literature and Latin America' of the

, hosted by Casa América in the capital of Spain, discussing his legal and personal situation after the Nicaraguan Public Ministry dictated a arrest warrant against him, accused of "carrying out acts that promote and incite hatred and violence".

"These are not easy days for my wife and me, trying to avoid being imprisoned. We were in

Before this, the Nobel Prize in Literature Mario Vargas Llosa, with whom he shares a poster at the festival, had asked the attendees to show their support for Ramírez after the arrest warrant and the kidnapping of his latest novel

'Tongolele didn't know how to dance'

(Alfaguara) by Daniel Ortega and his wife,

, whom the Peruvian writer defined as a "sinister couple."

The 79-year-old writer and former vice president of Nicaragua during the first Sandinista government thanked his friend Mario Vargas Llosa for the gesture and began the discussion by analyzing the relationship between politics and literature.

"All presidential candidates in Nicaragua have historically been sent to jail by dictators. This would be too exaggerated even for a novelist," Ramírez said.

In this context, the author deals with in the censored novel "the

mixture between caudillismo and institutionalism

that has not yet been resolved in the 21st century in Latin America", and it is that Ramírez considers that 200 years after the emancipation of the Central American country, " independence was replaced by the evil of authoritarianism. "

The Nicaraguan writer with Spanish nationality has been in good spirits and has even joked about the profession of novelist in his home country.

"I have always wondered what it is like to be a Swedish or Finnish writer, where there is so much political mildness. In

, the prime minister goes to work by bicycle, this in Nicaragua is surrealism. When Ortega goes out into the streets he takes a convoy of helicopters and forty or fifty vehicles, "he said.

For his part, Mario Vargas Llosa has stressed that in Latin America the writers who are and write on the fringes of politics are a minority.

For the Nobel Prize, it is very difficult to be a Latin American writer and not be affected by politics, because "dictatorships establish censorship or, as now in Nicaragua, they

He has insisted that if you choose literature as an activity on which to focus your life, you will inevitably encounter politics.

In addition, he considers that good literature creates citizens critical of power and that is why the powers of the countries have had attempts to control it, because "they smell that it is a danger to the established powers."

And all dictatorships without exception, you have highlighted,

create "a smuggling literature that generally exists outside the law

But literature has always found a way to show its disagreement with the world as it is.